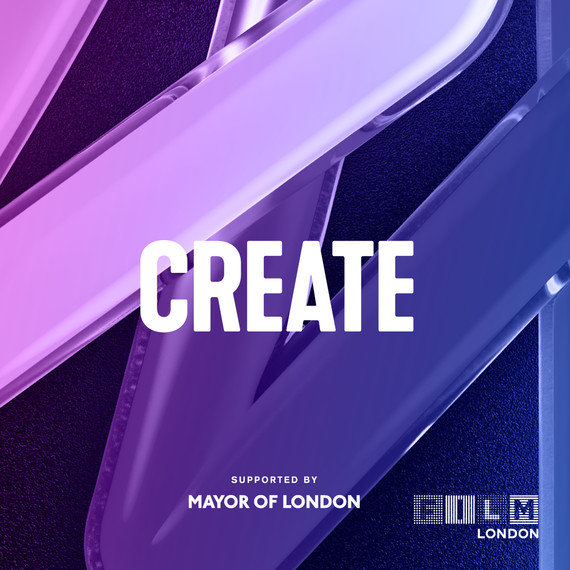 The 64th BFI London Film Festival kicks off today, with two weeks worth of physical and virtual screenings, panels and industry events which for the first time ever, are accessible across the UK.

This year, Film London and the Mayor of London are proud to support the Create strand - films that truly capture the creative process and artistic expression of filmmaking. Opening with Chaitanya Tamhane’s Mumbai-set The Disciple, other features include Spike Lee’s cinematic version of broadway classic David Byrne’s American Utopia, and Sundance winning documentary The Painter and the Thief by Benjamin Ree.

We're delighted to have members of our Equal Access Network (EAN) joining us in viewing the fantastic films on offer across the Create strand of the festival. The EAN
works to ensure that the capital’s screen industries represent the diversity of the city itself and we've invited members of the Network to share their stories and reflections of the films throughout the next two weeks. Follow Film London's social channels and sign up to our industry newsletter to find out more.

We are also thrilled to see so many alumni within this year’s programme, showcasing a range of diverse and exciting content. Here, we take a look at all Film London involvement across the two weeks.

Ahmed’s feature Mogul Mowgli, is part of the Dare strand, available to watch online and in selected cinemas from 10th October. Co-producing, writing and starring in, the film features music from Ahmed’s most recent album The Long Goodbye helping to tell the story of British Pakistani rapper Zed who after falling seriously ill, attempts to reconnect with his family after two years away on tour, bringing both focus and fragmentation to all aspects of his life.

Aleem Khan directed the BAFTA-nominated and Film London commissioned short Three Brothers, made through the inaugural London Calling Plus scheme, and premiering at the 2014 BFI London Film Festival. Fast forward 6 years and Khan’s feature debut After Love is premiering as part of the Love strand, available online and in selected cinemas from 15th-18th October. After Love follows the story of Mary Hussain, who whilst coming to terms with the unexpected passing of her husband, unearths his secrets, which demand the truth…

Khan is also shortlisted for the IWC Schaffhausen Filmmaker Bursary Award, designed to support the future careers of exceptional UK film talent. With a judging panel lead by Michaela Cole, the winner will announced at the festival, so keep your eyes peeled!

Also in the Love strand is Supernova, starring Colin Firth and Stanley Tucci as a 20 year long-term couple dealing with onset dementia, available to watch 11-18th October both virtually and physically. The feature is co-produced by Emily Morgan, who produced Physics through Film London's London Calling scheme in 2012.

Free to watch online via BFI Player is the Shorts programme, exploring a wide range of themes including self-discovery, communities and UK filmmaking. Mother, co-produced by 2019 Film London Lodestar Sorcha Bacon follows a group of young dancers from Rio de Janeiro who through the art form of vogueing, find their way in the world. Bacon also produced the critically acclaimed Film London short Wren Boys in 2017.

Also look out for Lora Dunn’s Shagbands, following a group of South London schoolgirls on their road to self discovery, and Stephen Irwin’s surreal fable animation Wood Child and Hidden Forest Mother. Dunn made Marina and Adrienne back in 2016 via the Film London Shakespeares Sister Fund, whilst Irwin made Film London short Bows and Arrows back in 2006.

Various FLAMIN alumni feature in the Experimenta strand, championing artist-filmmakers who are reshaping our perception of art and cinema. Free to view online, 2018 Film London Jarman Award shortlisted artist Hardeep Pandhal leads the strand, with Happy Thuggish Paki, an animation stemming off the origin of the word ‘thug’ in British-India.

2016 and 2018 Film London Jarman Award shortlisted artist Mikhail Karikis, FLAMIN Fellowship artist Andonia Bouchehri and 2020 Selected artist Rhea Storr are all part of the Speculative Futures programme with Ferocious Love, Jello and Here is the Imagination of the Black Radical respectively. Onyeka Igwe, also a FLAMIN Fellowship artist, is in the Expoing Territories programme with No Archive Can Restore You.

Baff Akoto, who directed Film London funded Star Cross in 2009, features in Expanded, new to this year’s festival showcasing XR and immersive art, with narrative VR series Virtual (Black) Reality. The series immerses the viewer into the everyday lives of 4 different individuals - Babs, Bella, Kwesi and ShaNon - highlighting the community, culture and expression that unifies them.

The inaugural UK Works-in-Progress showcase will introduce 7 upcoming UK films, TV and immersive projects to international buyers and programmers, and we are thrilled to see two Film London alumni in the showcase. Sweetheart, the debut feature by 2020 Film London Lodestars Marley Morrison (writer-director) and Michelle Antoniades (producer) is the final title from the latest Film London Microwave Slate and tells the story of teenager 'AJ', who whilst having the worst week of her life on holiday with her family, expectedly meets and falls in love with young lifeguard Isla.

Baff Akoto is also in the showcase with a currently untitled project.

For more information about the BFI London Film Festival, head to the official website