We connect ideas, talent and finance.

We nurture and develop a pioneering creative culture.

We are the city that delivers success in film, television, animation, games and beyond.

Read more about the impact of our work.

We work to sustain, promote and develop London as a global content production hub. We support the development of the city's new and emerging filmmaking talent. And we invest in a diverse and rich film culture.

Our aim is to ensure the capital is a thriving centre for a creative industries sector that enriches the city's businesses and its people.

In 2019 international feature productions filming in and around London generated over £1.3 billion. The screen industries support thousands of jobs and have wider benefits for our city, boosting tourism and raising international profile.

• Ensure London is as film-friendly as possible.

• Work with 500+ organisations, venues and public bodies to ensure productions can use the city as their backdrop.

• Act as a global champion for London’s skills, facilities, locations and creativity.

• Offer troubleshooting advice to major productions while they’re filming in the city.

• Connect filmmakers with financiers to help get new movies made.

• Provide a platform to help producers sell, market and distribute their films.

• Set up the Equal Access Network to ensure the capital's screen industries represent the diversity of the city itself.

• Are working to help the city’s screen industries go green and reduce their carbon footprint.

From encouraging inward investment to training emerging filmmakers, funding film exhibitors to inspiring film-lovers – we support film in London every step of the way.

Our filmmaking schemes have championed a broad range of voices, and core to our work is ensuring the capital’s screen industries reflect the city itself. As well as supporting writers, directors and producers from a range of different backgrounds, we also want to ensure better access to paid opportunities for London’s ‘below the line’ talent.

We have supported 443 filmmakers through Film London schemes since 2018, reflecting the breadth of talent across London’s screen industries and celebrating a variety of successes, from international festival circuits and award wins to community and environmental impact.

As the London hub for BFI NETWORK, we support new filmmakers to make world class shorts and start developing their first features, guided by our two NETWORK Talent Executives.

We commission and exhibit new, boundary-pushing moving image work that engages audiences worldwide, and our ambitious, long-form FLAMIN Productions commissions have had sustained international success, screening in cinemas and galleries at major events in Rotterdam, Locarno, Berlin, Venice, Sharjah and beyond.

Each year we hold the prestigious Jarman Award to celebrate the UK’s most innovative, cutting-edge moving image artists. Now in its thirteenth year, the Award has established a reputation for talent spotting, with eight of the shortlisted artists going on to win, or be nominated for, the Turner Prize.

As well as getting films made, we’re also hard at work getting them seen by as many Londoners as possible.

We run Film Hub London, a network of 236 cinemas, pop-ups and film clubs, offering our members training, funding and support to help them host exciting events, spotlight films from all over the world and engage with diverse new audiences across the city.

Film London also manages London’s Screen Archives, which works to collect, preserve and share archive footage from across the capital. 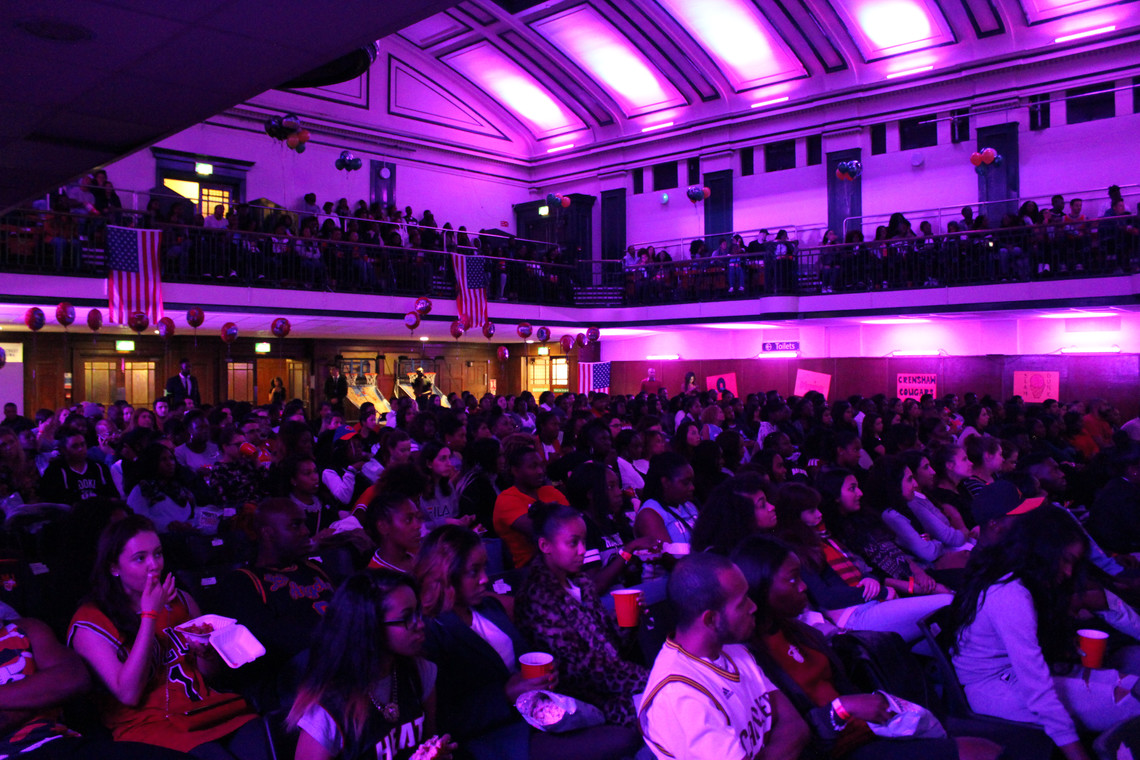 We are proud to be part of Green Screen, an Interreg Europe-funded partnership project working across eight EU regions to improve policies and achieve measurable success in reducing the carbon footprint of film and TV production.