From new BBC Three commission Grime Kids in production, to ITV's anticipated drama series The Suspect heading to our TV screens, we've rounded up what's filming where throughout the month of August as well as what to watch at the cinema and at home. See the full list below.

Filming is currently underway on BBC Three's drama series Grime Kids, based on thebook of the same name written by renowned music and radio presenter DJ Target. The six-part series will explore the emergence, rise and worldwide impact of UK grime music in late 90's, following group of young adults trying to make their voices heard through the music.

Also filming is Amazon Prime Video's action thriller feature Gassed Up. Set in London, the film follows 20 year old Ash (played by Blue Story's Stephen Odubola), who in an attempt to financially support his younger sister and mother, gets caught up in a wave of dangerous and addictive moped crime. The film is produced by Boiling Point duo Bart Ruspoli and Hester Ruoff - the first film from their new Ascendant Fox label - who both spoke at Film London's Creative Partnerships Day back in March, detailing the creative process behind the nail-biting Boiling Point.

Series four of the dangerously obsessive Netflix hit series You is in its last month of filming. The third series ended with a unsuspecting bang and the fourth instalment will continue to follow bookstore manager Joe (Penn Badgley) who develops dangerous, fatal obsessions with unsuspecting women.

Bridgerton series 3 - Focusing on the life and love of fan favourite Penelope Featherington and Colin Bridgerton, after series two left Penelope in a predicament after some revelations.

Loki series 2 - Tom Hiddleston returns as the titular character and god of mischief alongside Owen Wilson as Mobius and Gugu Mbatha-Raw as Ravonna.

Disclaimer -Alfonso Cuarón directed thriller for Apple TV following a respected investigative journalist who discovers her secrets in a novel written by a mysterious widower.

Red, White and Royal Blue - Romantic Drama based on Casey McQuiston’s best-selling novel of the same name. The son of an American President sparks a romance with a royal prince.

Feel-good comedy Love Sarah is available to watch on Netflix. Starring Celia Imrie (The Best Exotic Marigold Hotel) and Shannon Tarnet (Killing Eve) a young Clarissa sets out to fulfil her late mother's dream of opening her own bakery in Notting Hill, enlisting the help of her mother's best friend and her grandma. Love Sarah attended the New Talent Strand of Film London's 2019 Production Finance Market and filmed scenes across London.

ITV drama The Suspect is to broadcast on the channel this month. Having filmed in the capital last winter, the series is based on the debut novel of Michael Robotham and follows Doctor Joe O’Loughlin - played by Poldark's Aidan Turner - a well-known clinical psychologist who's seemingly perfect life begins to crumble when the suspicious death of a young woman poses many questions.

The highly anticipated fantasy epic House of Dragon is hitting Sky at the end of the month. Undergoing studio work at Leavesden Studios, House of Dragon is a prequel to the worldwide phenomenon Game of Thrones, set 200 years before and focusing on the House Targaryen. 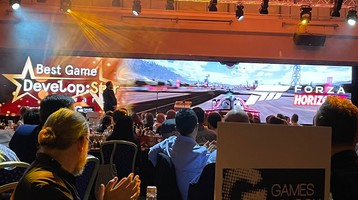 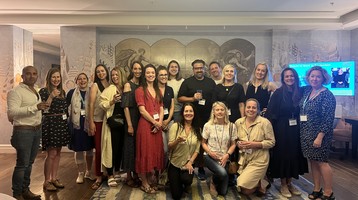 Return to Work in Production, supported by ScreenSkills 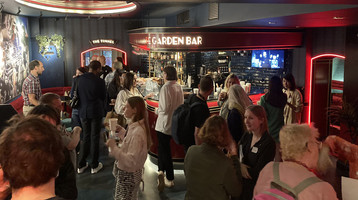