"You just go with what the best solution is to keep you moving forward, it might not be what you expect, but it pushes you forward nonetheless"

Film London and ALCS (Authors' Licensing and Collecting Society) recently hosted the 2022 edition of Creative Partnerships Day connecting writers, directors and producers across the film and TV industries. Held at The Goldsmiths' Centre, attendees heard from the teams behind critically acclaimed ITV drama series No Return and award-wining independent feature film Boiling Point, looking at the inner workings and relationships of creating a TV series and a feature film. Here, we give a run-down of what was said.

Helena Mackenzie, Head of Inward Investment and Business Development at Film London sat down with Producer Farah Abushwesha and Executive Producer Nicola Shindler of ITV drama No Return. No Return follows the story of the Powell family whose holiday in Turkey turns into a nightmare when 16 year old son Noah is accused of a serious crime.

Farah and Nicola discussed how they navigated and balanced working with various groups of people from young actors, to international crew and legal advisors in order to create a real, accurate story. The production filmed in Spain (as Turkey) with the team having to overcome language barriers and different styles of working such as child licensing and set preparation. The solution? "You just go with what the best solution is to keep you moving forward" said Farah. "It might not be what you expect, but it pushes you forward nonetheless."

Producing is not power, it’s about managing the responsibility and delivering as part of a team, despite how isolating the role can be at times.

Another challenge faced at development stage was to accurately highlight the different legal system faced by the family but not to shine a negative light on the country. To do this, the production worked with Turkish police and legal advisors to fact check and help inform the story. Putting the actors at the centre was also important in conveying the story, someone with sensitivity and vulnerability. Nicola noted "the moment you present him (Noah) as a moody teenager the whole story falls apart."

For the second panel, Film London’s Head of Talent Development and Production, Jordan McGarry spoke to Actor and Producer Hester Ruoff and Producer Bart Ruspoli about the creative process behind the nail-biting feature Boiling Point.

Developed from a short film, the feature version used a lot of the same crew. Impressively, Boiling Point is filmed in one take, with the majority of the script improvised - the cast knew the storyline, with key lines indicating how far along they were. Because of this, Hester and Bart enlisted crew with experience on live TV shows who would be familiar with unpredictability and improvisation, and still execute.

We threw everything at the actors. The plan was to shoot for 4 days, twice a night. But Covid hit, so we had to do it in one. Everyone just had to be in the moment.

With such an intense schedule (an in the height of the pandemic), tensions were bound to rise. The panel discussed creating and maintaining a sustainable and healthy creative partnership between colleagues. “It’s important to work with people you respect, honour their work and understand boundaries. Be transparent” said Hester. "Make a film with someone you like as you will talk to them 10 times a day!" But equally stressed that it's OK to decide the working relationship isn't for you; "You don't have to work with the same people, it's OK if that journey ends."

All panellists shared their advice with attendees on how to get in, or further your career in the Film and TV industry. This ranged from starting out in Development to really understand the initial creative process, to knowing your schedule before estimating your budget. Hester also praised industry events such as Film London's Production Finance Market, who previously attended -“I learnt to elevate my pitching technique and get out of my comfort zone. I was on my way to the biscuit table and ended up making contacts to finance my project!”

Film London offers a wide range of funding opportunities for people within the screen industries, ranging from our work with the BFI NETWORK to provide assistance and support for new filmmakers to our work through Film Hub London to support film exhibitors.

Film London's The Production Finance Market (PFM) an annual two-day financing event for film, run in association with the BFI London Film Festival. More information can be found on the event's webpage. 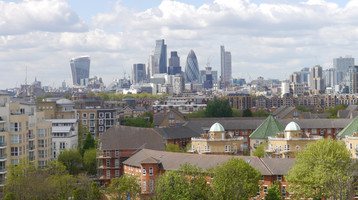 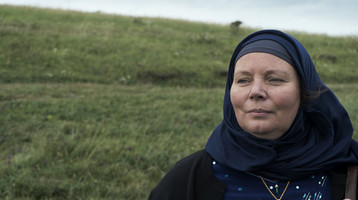