When I try to picture my fondest gaming memories, I often find myself reminiscing about my childhood where I would spend my weekends in bed with my Nintendo DS tending to my farm in Harvest Moon. As much as I love modern triple-A games and challenging indies such as Elden Ring and Hades, I often find myself drawn back to the stress-free simplicity of indie farming games like Stardew Valley, where I’m able to care for and nurture my farm and town, rather than rage against a boss who has killed me for the umpteenth time. Although the satisfaction of improving over time and finally defeating a boss is sweet, there’s also an undeniable charm to working on a barren plot of digital land and watching it grow into something you worked hard on.

So, when I was given the chance to preview Grimoire Groves (Stardust) for the London Games Festival, I was instantly excited. In a highly-saturated genre of rogue-lite video games, indie studio Stardust manage to have Grimoire Groves stand out amongst the crowd by flipping the genre’s established gameplay loop on its head. There’s a lot to love about Grimoire Groves, but there are some flaws as well which need ironing out. Thankfully, the game is still in active development and Stardust seem like a responsive studio that listen to fan feedback and interact well with their community on their Discord channel, so I have plenty of hope for this indie gem.

With Stardusts’ core studio value of creating challenging video games without the need for violence, players find themselves using a plethora of spells to strategically grow magical plants across a beautiful, procedurally-generated forest. With these spells inspired by gardening techniques equipped, successfully growing a magical plant grants players resources to complete quests, befriend forest spirits, as well as unlock new skills, and hub-world and story progression. The challenge here is if players use the wrong spell element on a plant, they risk depleting their magical power and returning to the hub-world for that run, making up the addictive rogue-lite gameplay loop.

When it comes to indie video games, there are usually some invisible gameplay designs which players take for granted in most games, yet make-or-break the experience with indie games. This could be something as little, yet equally important, as how it feels when a character is running and moving in-game, to technical aspects such as the game’s UI and HUD design. With Grimoire Groves, there seems to be little weakness in the game’s invisible designs, where the experience of playing feels smooth and professional. A handy tutorial is even included outside the main game, and players are able to access this in the game’s main menu, or skip it altogether if seasoned and get right into the thick of it. This saves players’ time as well as provides an option to refresh yourself without restarting your save file if you’ve perhaps forgotten how to play because real life has gotten in the way of your gaming. It also helps that the graphical design of Grimoire Groves’ magical, glowing forest is beautiful too, reminding me of Pokemon’s Ballonlea in Galar and Skyrim’s Blackreach.

During my time with Grimoire Groves, I unfortunately encountered some issues like glitches where my camera would get stuck, or my spells wouldn’t be equipped when I went on a forest run, which impeded on my ability to complete the run. However, as mentioned, Grimoire Groves is currently still in active development and Stardust seem like a passionate studio who care deeply about their game, so I’m sure these issues will be fixed before release. As the invisible designs of the game are solid, I believe that Grimoire Groves will prove to be a blast and I can’t wait for its release. Grimoire Groves will be coming to PC as well as Nintendo Switch soon! 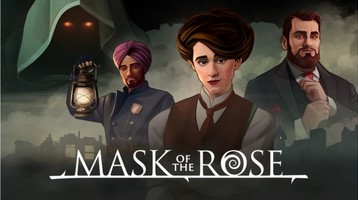 Mask of the Rose preview 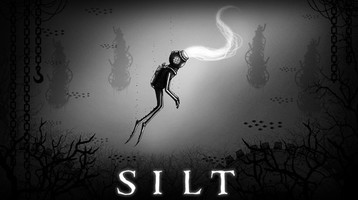 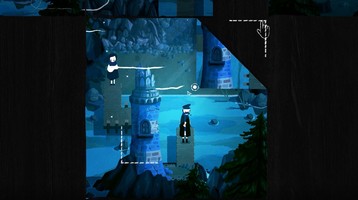