The EAN is supported by the Mayor of London and works to ensure that the capital’s screen industries represent the diversity of the city itself. Built and grown with a vision to promote inclusion and diversity the EAN becomes the link in and industry network for those that don’t have it.

We see first-hand the industry’s enthusiasm and high demand for a diverse and inclusive workforce and provide the link between untapped under-represented talent and the companies or productions that are looking to recruit. To reach this talent, we work closely with training providers, charities and foundations across London.

Working alongside the industry we help our members get jobs, placements and traineeships that often act as a launchpad for them with many of our members sustaining successful careers in the Film and TV industry. We are proud to be supported by some of the most exciting companies in the industry.

EAN members have worked on shows and at companies including:

As well as helping to connect the network’s members with productions and companies, the EAN runs a number of initiatives, including a series of free regular masterclasses with industry leaders and experienced practitioners, an annual New Entrants Course, which covers everything from development to post-production, internship/returnship schemes access to online resources as well as tailored careers advice, 1-2-1 CV clinics and mock interview sessions.

Previous masterclasses have been led by speakers such as:

The EAN aims to remove all barriers to entry and it is free to join and open to all. If you are a new entrant, returner, mid-level professional in the film and TV industry or looking to make a career change, join the EAN today.

What our members say

Without any experience or contacts in the industry, I worried I would struggle to get any work at all. I found Film London's Equal Access Network and immediately signed up. Within a year of entering the industry I have gained 21 production credits and will soon begin working for Sky Sports as a Production Junior! 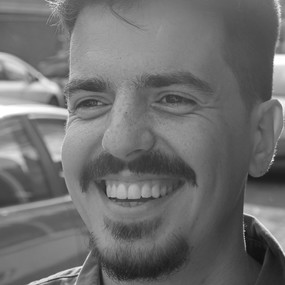 As a foreigner in the UK, it can be quite difficult to get your foot in the Film and TV industry. For me Film London and their partners from Greenshoot are the reason that I am now working full time as a production assistant on a High End TV Drama series. Being part of the EAN was the best step I took to start building my own network in the industry.

The EAN aims to remove all barriers to entry and is free to join and open to all. If you are a new entrant, returner, mid-level professional in the film and TV industry or looking to make a career change then join the EAN today. 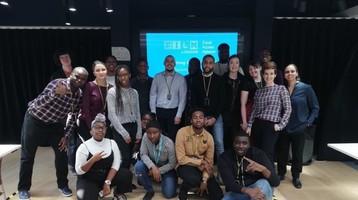 Find out more about current and past EAN initiatives and schemes

We have teamed up with training providers to support trainees and alumni with training events, masterclasses, bespoke career advice, CV and interview tips and job opportunities