What new film and TV productions are filming in the capital? What titles are still using the city's streets and studios? From series four of You to Apple TV+ Slow Horses, here's a run down of productions in the capital this April, as well as what to currently see in cinema, TV and online.

Watch out, as the Netflix serial killer thriller You is back for series 4, with filming underway in the capital. The third series ended with a unsuspecting bang and the fourth instalment will continue to follow bookstore manager Joe (Penn Badgley) who develops dangerous, fatal obsessions with unsuspecting women.

In the studios, features Barbie and Heart of Stone are currently doing stage work at Warner Bros. Studios and Shepperton Studios respectively. Barbie, directed by Greta Gerwig and starring Margot Robbie (as Barbie) and Ryan Reynolds (as Ken), will tell the story of the world famous doll, but with a twist! Wonder Woman's Gal Gadot will be centre stage in the Tom Harper directed (The Aeronauts) international spy thriller Heart of Stone. The plot is currently under wraps but will be a female-centric approach to the action franchise.

Fans of the films, stage show rejoice as Magic Mike’s Last Dance is filmingon location in the capital. The franchise centres around the work and life of male stripper Mike and is inspired by the early career of star and producer Channing Tatum. With Channing returning as the titular character alongside new cast member Thandiwe Newton, Tatum has said that the third film will be a "fish-out-of-water story."

Apple TV+’s new espionage series Slow Horses starring Gary Oldman and Kristin Scott Thomas is out now. Filming scenes in North London, the series is based on the popular spy book series by Mick Herron and follows a group of MI5 agents, led by Oldman’s character Jackson Lamb, who have been exiled to Slough House due to mistakes previously made in the force.

Netflix's political drama Anatomy of a Scandal will be streaming on the platform this month. Based on the book of the same name by Sarah Vaughan, the series explores issues of consent, harassment and privilege at the heart of Westminster as a powerful politician is accused of a horrendous crime. The drama shot on location, filming scenes at the Central Criminal Court.

If you haven't seen it already, 2019 feature Blue Story – produced by 2019 Film London Lodestar Joy Gharoro-Akpojotor- is available to watch on BBC iPlayer. Set and shot in South East London (Lewisham and Peckham) the friendship of two young boys from different postcodes is tested to the limits by gang rivalry.

Other notable mentions include Marvel's vampire anti-hero Morbius and Fantastic Beasts: The Secrets of Dumbledore which are both in cinemas. Morbius filmed scenes on location in South East London, whilst Fantastic Beasts filmed at Warner Bros. Studios. 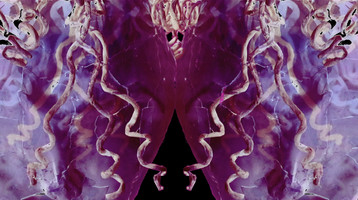 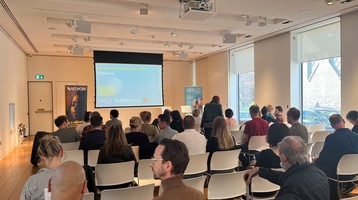 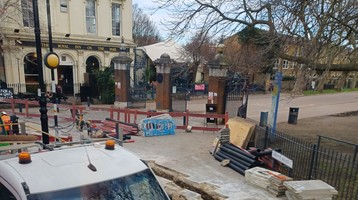