Daria Martin lives and works in London. Her films aim to create a continuity between distinct artistic media (such as painting and performance), between people and objects, and between internal and social worlds. Human gesture and seductive imagery meet physically mannered artifice to loosen viewers' learned habits of perception. Mistranslation opens holes for the imagination to enter or exit.

Subjects such as robots, an archive of dream diaries and close-up card magic, are explored within isolated spaces such as the wings of a theatre, a military academy, or a scaled up modernist sculpture. These protective yet fragmented settings, full of seams and shadows, stand in for the capacities of the film medium itself, a permeable container that consumes and recycles the world at large.

Awards include the Film London Jarman Award 2018, Wellcome Trust Arts Award in 2016, 2010 and 2008, and the 2014 AHRC Mid-Career Fellowship, London. In 2012 she was awarded a Leverhulme International Network Award and the Philip Leverhulme Prize. Martin in represented by Maureen Paley, London. 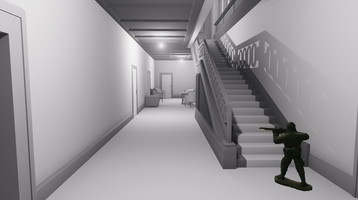 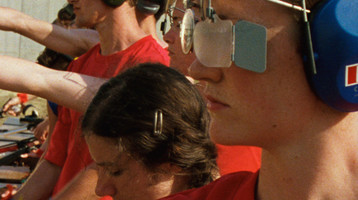 Loneliness and the Modern Pentathlon

Daria Martin was commissioned through the LAFVA scheme in 2004. Find out about the project 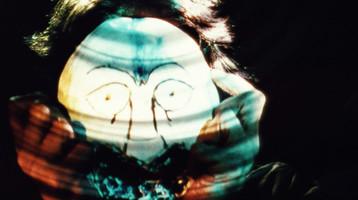 Daria Martin's was commissioned through the A Movie scheme in 2005. Find out about the project