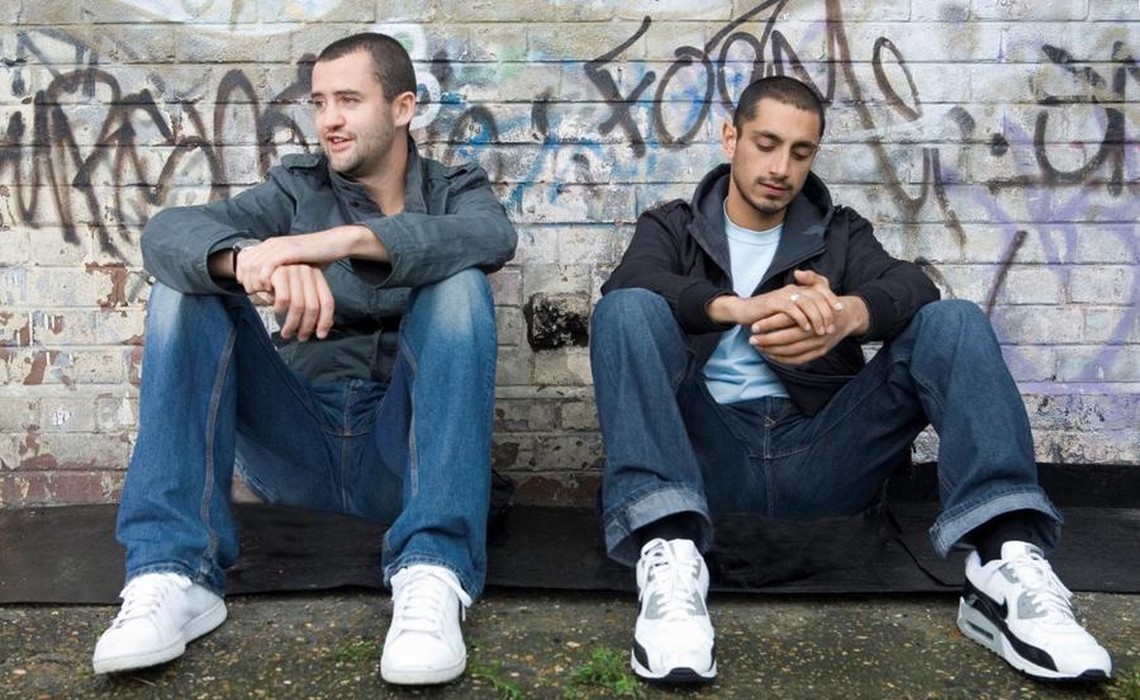 Actor, rapper and activist Riz Ahmed’s Film London journey spans just over a decade, from starring in Microwave funded feature Shifty in 2008, to recently collaborating with Film London alumnus Aneil Karia on short film The Long Goodbye. In this feature, we take a look back at Riz’s Film London projects, and what the future has in store.

Riz first came through the Film London doors back in 2008, starring in Microwave feature Shifty, playing the title role. Directed by Eran Creevy, the film follows a day-in-the-life of Shifty, a young drug dealer on the outskirts of London, who has to grapple with tricky customers, tricky family, and even trickier enemies. The film went on to be nominated for Outstanding Debut by a British Writer, Director or Producer at the 2010 BAFTA Awards, as well as Best Actor, Best Achievement in Production and Best Technical Achievement at the 2008 British Independent Film Awards.

Riz also played the lead in Film London’s 2012 Microwave feature iLL Manors- the directorial debut by music artist Ben Drew (Plan B). Set in London, iLL Manors follows six different characters whose lives are all affected by their environment. The film was nominated for Best Achievement in Production and the Douglas Hickox Award (Directorial Debut) at the 2012 British Independent Film Awards as well as Riz picking up a nomination for Best Actor.

With the success of both Shifty and iLL Manors in championing London talent and innovative filmmaking, Riz attended Film London’s 10th Anniversary event in 2014, celebrating a decade of facilitating the screen industries. Reflecting upon Shifty, Ahmed praised the work of Film London in helping to ensure multicultural British storytelling made it onto film and TV screens.

That same year Riz made his directorial debut with 2014 London Calling Plus short Daytimer. Set in London 1999, young boy Naseem tries to navigate his identity as he skives school to attend his first daytime rave, but must also be home for an important religious family event. The short went on to be nominated for the Short Film Grand Jury Prize at the 2015 Sundance Film Festival, and won Best Live Action Short at the 2015 Nashville Film Festival.

Fast forward six years and Riz has recently released The Long Goodbye - a short film accompaniment to his new rap album of the same name, tackling the theme of Britishness. The short, which Riz stars in, is directed by Film London alumnus Aneil Karia. The short film came together in just a few months, with Ahmed and Karia’s shared personal experiences influencing the creative process. Aneil wrote and directed 2016 London Calling short Switch about a young father whose life is thrown into turmoil during a casual trip to the supermarket.

Looking ahead, Riz will soon be seen in the film Mogul Mowgli which he also co-produced and co-wrote, featuring music from his album. Riz stars as rising British Pakistani rapper Zed who is just about to set off on his first world tour. However, tensions rise when Zed attempts to reconnect with his family after two years away as well as falling seriously ill which threatens his whole tour. The feature was filmed in and around London and was mentioned in our April 2019 edition of London on Screen and Filming.

Microwave is Film London’s feature film scheme responsible for discovering and developing some of the UK’s most exciting talent.

Film London’s London Calling scheme ran until 2018, with many of our shorts online via our Vimeo channel. London Calling was proud to be a partner of the BFI NETWORK. Film London delivers BFI NETWORK support and funding for new and emerging filmmakers across the Greater London area as part of Film Hub London.