The Mayor of London, Sadiq Khan, has today joined with screenwriter, producer and director Richard Curtis and actor, writer and producer Simon Pegg, as well as leaders of the film industry to encourage Londoners and visitors to rediscover the joy of the big screen and help support the capital’s economy.

As part of the Mayor’s Let’s Do London campaign, the biggest domestic tourism the capital has ever seen, Sadiq is working with BFI, BAFTA and Film London to promote cinemas and outdoor screenings and also encourage filmgoers to take advantage of the capital’s world class food and hospitality.

To celebrate the magic of film, the Mayor will be hosting six free screenings in Trafalgar Square later this month to bring 1,500 Londoners and visitors together in the heart of the capital for each film, with 150 tickets reserved especially for key workers for four screenings in recognition of their work throughout the pandemic.

From August 26-29, audiences will be able to enjoy a red carpet experience with a selection of matinee and evening screenings in the Square in partnership with Luna Cinema. The screenings will celebrate London’s importance in the film industry, with all the films either made or set in the capital. It includes screenings of Rocks, Skyfall, a Mary Poppins sing-along, Star Wars: A New Hope (Episode IV), Paddington 2 and Bend It Like Beckham. 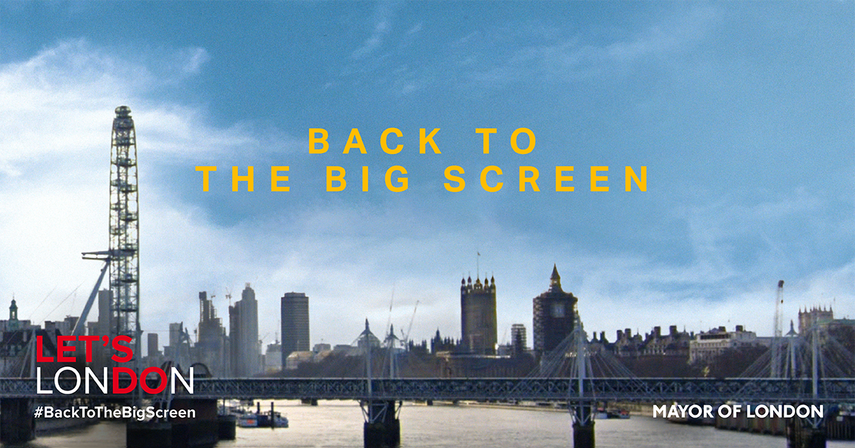 Each feature will be preceded by a short film showcasing a diverse range of emerging film talent, curated by the Barbican, Film London, BAFTA and BFI.

A new trailer celebrating the talent and diversity of London’s film industry and joy of going to watch a film on the big screen has also been created to encourage people back to the big screen.

Over the last five years, film and TV productions made in and around London generated more than £10bn for the UK economy, and the industry also supports the capital’s hospitality industry with cinemagoers able to enjoy the capital’s world-leading restaurants and hospitality businesses.

These industries have been hit hard by the impact of the pandemic, and that is why the Mayor launched his Let’s Do London campaign to remind Londoners and visitors of the amazing venues our capital has to offer.

The campaign, in partnership with the city’s hospitality, culture, and retail industries, includes a programme of events across the year to promote London as a destination for domestic tourists and Londoners alike. The campaign has already focused on the capital’s world-class food offer and the huge array of activities for families on offer this summer.

The Mayor of London, Sadiq Khan, said: “London is a global capital for film production and our cinemas are a huge draw for Londoners and tourists alike, but the last 17 months have been incredibly challenging for the whole industry.

“TV and boxsets helped so many of us through lockdown, but with cinemas opening their doors again and big screens installed in public spaces, I’m joining with industry leaders to encourage everyone to get Back to the Big Screen to rediscover the magic of film and also support our central London hospitality businesses."

"By hosting six free screenings in Trafalgar Square of films either made or set in our capital, I want to remind everyone of the joy of getting together to watch a film and make the most of everything our capital has to offer.” 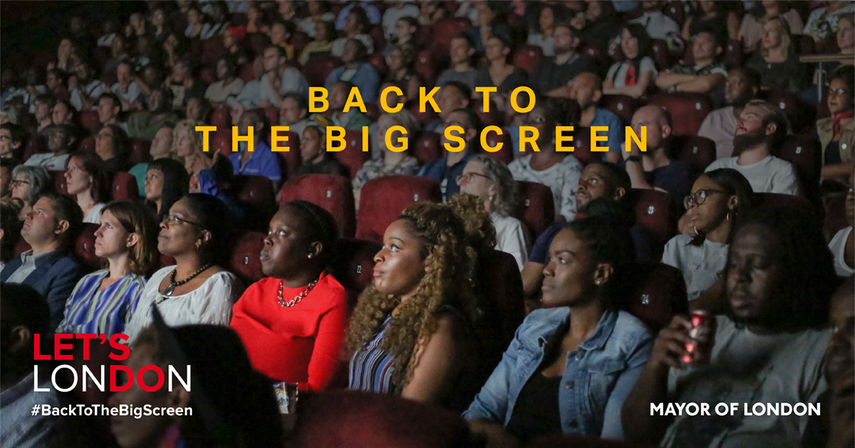 Simon Pegg, actor, writer and producer, said: “I’m supporting the Mayor of London’s initiative to get people back into the capital’s world class cinemas. The pandemic has hit this integral part of London’s cultural heart, hard. It’s time to fill these spaces again and feel the thrill and magic of theatrical cinema.”

Richard Curtis, screenwriter, producer and director, said: “I’m really delighted to hear about this movie plan by the Mayor of London. Many of my happiest memories in London are to do with going to the cinema and then going on to enjoy all the other wonders of the city."

Amanda Berry, Chief Executive of BAFTA, said: ‘The film industry has shown amazing resilience during lockdown, providing escapism and ensuring audiences could still enjoy great films. Nothing quite beats the joy and thrill of watching a film on the big screen with a live audience and we are delighted to support this initiative bringing film fans back to the West End and into cinemas.’

Ben Roberts, Chief Executive of BFI, said: “London is a world leader in film, from the extraordinary creative talents it has produced working in front of and behind the camera, to production houses and VFX specialists, iconic locations and of course cinemas, including our own BFI Southbank and BFI Imax. It all leads to the magic of the big screen, so it’s brilliant that people in the capital are going to have this opportunity to get together for free and share the goosebumps, rollercoaster of emotions and sheer joy of watching a film in such a spectacular setting.”

Adrian Wootton OBE, Chief Executive of Film London and the British Film Commission, said: “London has been the backdrop and inspiration for countless spellbinding films; and the home of exceptional, globally-renowned talent. So I’m delighted to join the Mayor in celebrating and championing our city’s culture, stars and cinemas. From the independent to the multiplex, our cinemas are a vital part of the film industry’s ecosystem, contributing significantly to the UK’s culture and economy. Cinemas have been particularly hard hit by the pandemic. So I am thrilled that audiences of all ages from across all the rich and diverse communities of our city can once again enjoy the unrivalled wonder of the big screen. Cinema is still unquestionably the best place for filmgoers to experience the undimmed magic of the movies.”

Phil Clapp, Chief Executive of The UK Cinema Association, said: “The UK Cinema Association and all of our members across the capital are delighted to support the Mayor of London’s call to get ‘Back to the Big Screen’. We know that there is nowhere better to see a movie – whether a new release or a much-loved classic film – than as part of an audience, sharing the unique big screen experience. At a time when UK venues once again welcoming back customers, we hope this campaign will underline our clear message that the cinema sector in London as elsewhere is very much open for business.”

George Wood, Managing Director of The Luna Cinema, said: “There’s never been a time in the history of cinema when the message of getting Back To The Big Screen has been more apt. The Luna Cinema is delighted to partner with the Mayor’s Let’s Do London campaign to celebrate the city’s incredible cinematic pedigree. Presenting six open-air screenings with the iconic backdrop of Trafalgar Square will be a perfect chance for people to come together and enjoy a communal big screen experience in the heart of London.” 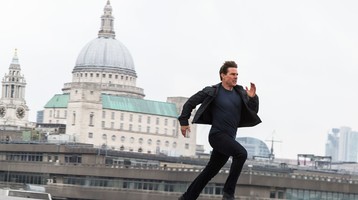 August 2021: London On Screen and Filming 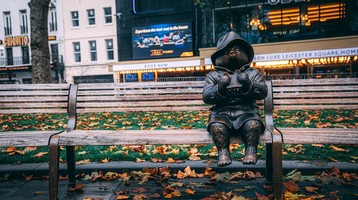