Love letters, secret agents and aspiring MCs - just some of the stories currently being told in the cinemas, homes and streets of London! Have a read of what productions are filming where, and what to watch this August, as well as some Film London highlights from the past month and to come.

Look out for action-packed blockbuster Mission: Impossible 7 which is currently filming on location in the capital. Expect plenty of chase scenes, stunts, twists and turns as Tom Cruise reprises his role as secret agent Ethan Hunt for the seventh instalment from the franchise, whose day job is to keep the bad guys at bay and civilisation safe.

London not only accommodates super spies, but superhumans too - Aquaman and the Lost Kingdom kicks off production this month. A sequel to the 2018 DC hit, Jason Momoa and Amber Heard return as underwater King of Atlantis Arthur Curry and Princess Mera, embarking on new adventures, encountering new friends, and even bigger foes.

If you're taking a trip down Southbank, to the Tate Modern or along to Tower Bridge, then keep an eye out for crew filming Apple TV’s French thriller series Liaison. With a cast including the likes of Eva Green and La Haine’s Vincent Cassel, the original series has been described as a ‘high-stakes, contemporary thriller ‘ delving into how past mistakes can paint our future….

Life After Life - BBC drama series following the parallel narratives of Ursula, born in 1910, and her experiences of life and death through major historical events.

The Essex Serpent - Gothic drama set in the Victorian era, a widow moves from London to a small village in Essex, intrigued by a local superstition that a mythical creature known as the Essex Serpent has returned to the area.

Indiana Jones 5 - Fifth instalment of the adventure franchise, with Harrison Ford reprising his role as the iconic archaeologist.

The Flash - Comic-book action adventure telling the story of forensic scientist Barry Allen who after being struck by lightening poses the power of super speed.

Ant-Man and The Wasp: Quantumania - Superhero sequel following Scott Lang and Hope van Dyne, otherwise known as Ant Man and The Wasp and the disorientating dimension of the Quantumn Realm.

The biggest/only pirate radio station in Brentford is hitting our cinema screens! A feature length version of the BAFTA winning mockumentary series, People Just Do Nothing: Big In Japan will see Kurupt FM’s MC Grindah, DJ Beats, Steves, Decoy and 'manager' Chabuddy G head to Japan in search of a record contract, after their song somehow makes its way onto a popular game show. With scenes filming on location in West London as well as Japan, catch-up on all five series before seeing the film over on BBC iPlayer and Netflix.

If you’re yearning for a summer romance (and potential heartbreak), then head to the cinema to watch The Last Letter from Your Lover. Felicity Jones stars as a budding journalist who after discovering a mysterious letter from 1965, is determined to solve the mystery of a love affair told through a series of love letters between the wife of a wealthy businessman Jennifer (Shailene Woodley) and a financial journalist covering his story, Anthony (Callum Turner). With the narratives switching between past and present London, scenes were filmed on location at Richmond Bridge and central.

Award-Winning World War II drama Darkest Hour is on BBC iPlayer, available to watch this month only! Gary Oldman stars as Winston Churchill, who in May 1940, has the almighty decision of either negotiating with or fighting against Adolf Hitler - history made either way. Westminster, Parliament and the Ministry of Defence were all filming locations as well as Greenwich and Sevenoaks.

If Aquaman man has got you wanting more from DC, then you’re in luck as Wonder Woman 1984 will be available on Sky Cinema this August. Around 70 years on from when the first film was set, whilst trying to lay low, Amazon Warrior Diana (Wonder Woman) faces a new threat from an ancient gemstone that grants your wildest wishes and is in the wrong hands. Scenes were filmed at Warner Bros. Studios Leavesden.

Throughout July, Film London spoke to Location Managers and Southwark Cathedral's Head of Events about their experience of working on The Crown,announced the six early-career artists for the FLAMIN Fellowship development programme and revealed our brand-new showreel! As we head into August keep an eye out for our Film London Labs, new titles added to our talent showcase and more information on therecently announced final Green Screen Conference which we are hosting. 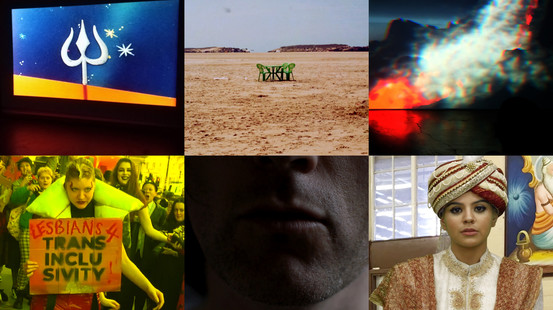 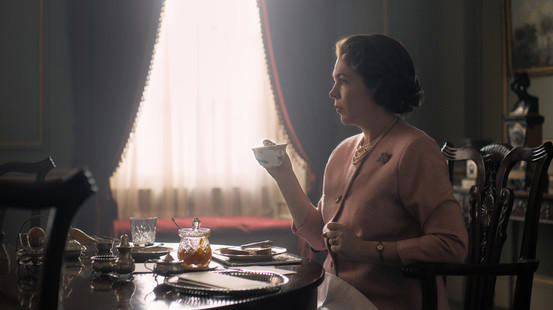 The Making of The Crown at Southwark Cathedral