Find out what productions are currently filming on location and in the studios this June as well as what to watch at the cinema and home. From espionage adventure Our Man From Jersey and George Clooney directed The Boys in the Boat on location to dinosaur blockbuster Jurassic World Dominion on the big screen and the critically acclaimed Atlanta on TV, get the full list below.

Cameras are currently rolling on spy drama Our Man From Jersey, with Mark Wahlberg, Halle Berry and J.K Simmons spotted on location in central and west London. The feature centres around Mike (Wahlberg), a construction worker from Jersey who is suddenly thrown into the high-octane world of espionage after being recruited onto a mission by his ex-girlfriend.

Also filming in the capital is Disney+ series The Ballad of Renegade Nell. Written by multi-BAFTA Award-winning writer Sally Wainwright (Gentleman Jack, Happy Valley) the 18th century story follows Nell Jackson who after being accused of murder, is forced into a life of criminality alongside her two sisters. But fate works in mysterious ways with Nell's path soon leading her all the way to Queen Anne and beyond.

From the highway, to the high(ish) waters, The Boys in the Boat is filming along the Thames in Hampton! Directed by George Clooney and starring Joel Edgerton (The Green Knight) and Callum Turner (Fantastic Beasts) this feature-length tells the story of the US Olympic rowing team from the University of Washington, who shocked the world by winning gold at the 1936 Olympic Games in Berlin.

The Gold -Drama based on the true story of the Brink’s Mat security depot robbery of 1983.

Damage - TV series for Netflix following a British politician who ends up sabotaging his own career when he falls into a relationship with his adult son’s girlfriend.

Disclaimer - Alfonso Cuarón directed thriller for Apple TV following a respected investigative journalist who discovers her secrets in a novel written by a mysterious widower.

Magic Mike’s Last Dance - Inspired by the early career of star and producer Channing Tatum, the titular character returns for a third instalment, described as a "fish-out-of-water story."

Damsel - New Netflix fairy tale adventure film about a princess who think she will be marrying a prince, only to find out she must rescue herself from a dragon.

Jurassic World Dominion will hit cinemas this month. Having filmed at Pinewood Studios, the final instalment in the Jurassic franchise - bringing together characters from across the Jurassic Park and World films- humans and dinosaurs now live and hunt alongside each other as a result of the events from Fallen Kingdom. But this so-called harmony is a very fine line to balance, and one that could reshape the world forever....

The highly anticipated third series of Emmy Award-winning Atlanta is out on Disney+ at the end of the month. Created by and starring Donald Glover, the series will see rapper Al 'Paper Boi', his manager Earn (Glover), friend Darius and Earn's ex-girlfriend Van jetting across the world - including London, filming on location - embarking on a European tour and navigating the international music scene, but not without a surreal predicament or two.

Coming to cinemas and Hulu on June 17 is comedy drama Good Luck To You, Leo Grande starring Emma Thompson and Daryl McCormack (Peaky Blinders), with scenes filmed in London. Thompson plays Nancy Stokes, a 55 year-old widow who is yearning for some adventure and human connection which she hopes to find in sex worker Leo Grande (McCormack).

Finally, Silent Witness has become a TV staple in many homes, and the crime drama series is currently celebrating it's 25th anniversary. Filming in London, catch the series BBC iPlayer now to see what cases the team of forensic pathologists and forensic scientists are solving. 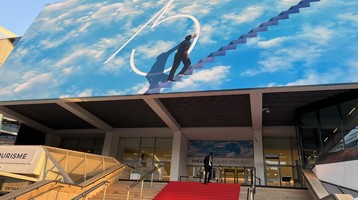 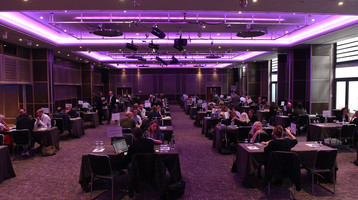 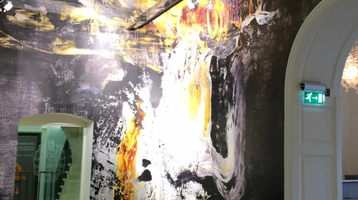