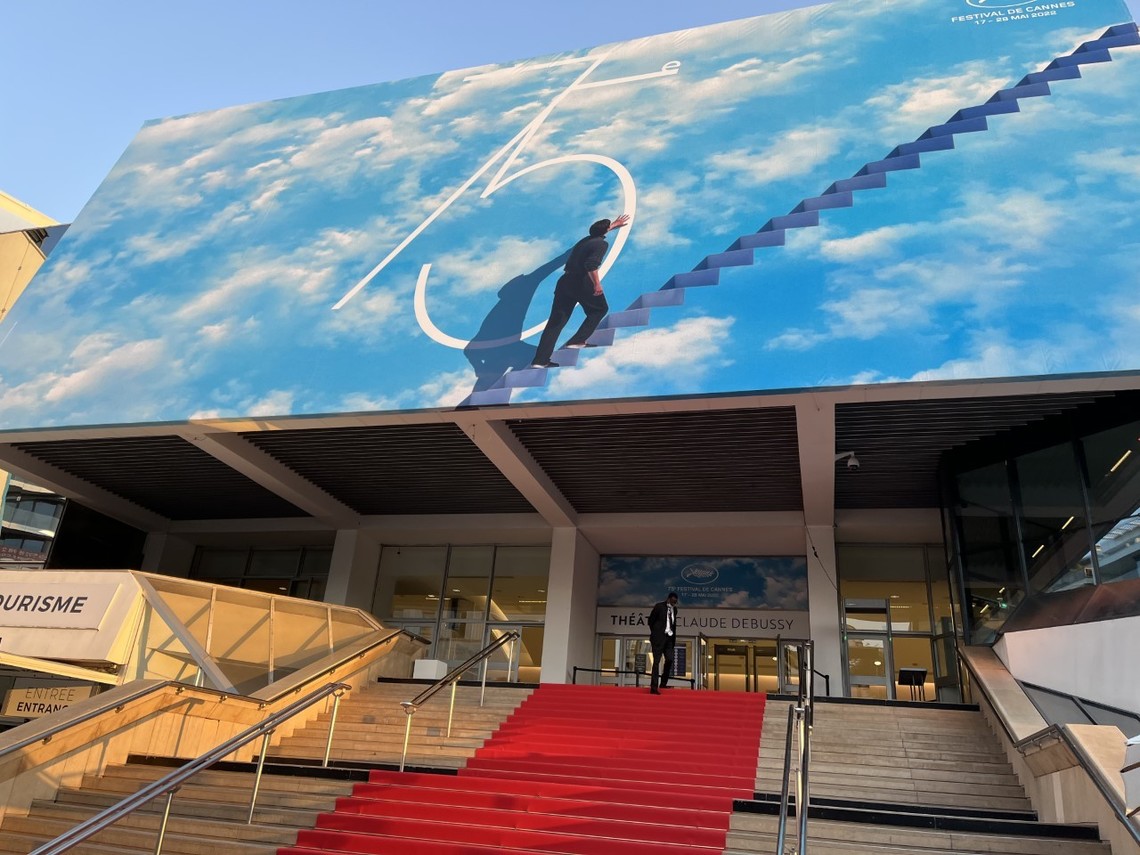 The Cannes Film Festival is back, celebrating its 75th edition and returning to its usual May slot after a later summer version in 2021 and a cancellation the prior year.

Members of the Film London team attended to showcase our work in the UK Pavilion, meet with our European partners to continue creative collaborations, and profile our network of new and emerging talent.

We were delighted to host the Film London Talent Mixer at the festival this year, bringing together members of our inspiring talent pool with distributors, industry execs and financiers. It was truly fantastic to see so many filmmakers in the room, and very special to do that in person. Some of the guests were seasoned attendees of Cannes film festival, while for others it was their first time. But for everyone it was one of the first opportunities to come together in this way since 2019 to connect and reconnect.

It’s an incredibly exciting time to be part of our industry, with demand for content at an all time high. And London’s new and emerging talent are and will be creating some of the best content in the world.

Since the inception of Film London, there have been 184 official film festival selections for funded work, with 34 Awards and 28 Nominations. So we were pleased to be able to bring some of London’s talent together to celebrate that success and to network and collaborate.

Film London also joined with screen agencies from across the UK’s nations and regions for Screen’s UK reception, with headline partner the British Film Commission. Filmmakers, financiers and industry gathered on the Croisette to network and celebrate the UK’s booming Film Industry.

As the festival draws to a close this weekend we look forward to building on the connections made and producing many more world class films here in London.