Film London is delighted to announce the physical return of the Film London Production Finance Market 2022, the first in person edition of the Market since 2019.

Set to take place on 11 and 12 October during the BFI London Film Festival 2022, applications for the Market are now open.

The 2021 virtual edition of PFM saw 61 feature film projects presented with a total production value of around €182 million. The Market attracted over 180 attendees, facilitating 893 meetings from across the globe with delegates from 18 different countries. Now in its 16th year, the Production Finance Market 2022 will welcome attendees to make those all-important creative and business conversations face to face whilst also building upon the success and reach of the virtual editions.

The Production Finance Market is an annual two-day financing event for film held during the BFI London Film Festival. The market connects filmmakers and financiers from across the globe through one to one meetings as a way to navigate potential business partners and investment. The main strand accommodates feature film projects, including Animation with budgets above €1m, while the New Talent strand targets budgets below €1m. Documentaries are also welcome to apply and films reflecting a range of diverse perspectives and stories are positively encouraged.

“Film London's Production Finance Market is firmly cemented in the industry calendar, and for good reason. Connecting thousands of filmmakers and financiers for over 15 years, the Market has been instrumental in instigating those vital, first introductions, setting the wheels in motion, heightening the profile and securing finance for some truly great projects. After two successful online editions that were met with phenomenal appetite, we look forward to welcoming attendees back in-person this October.

Demand for content shows no sign of slowing, and combined with the capital’s sheer amount and diverse array of talent and stories to be told, events like PFM are vital in supporting independent cinema in the UK and internationally. We must continue to foster a collaborative environment for those to meet and negotiate future investment opportunities, enforcing London’s reputation as a centre for the global film and screen content business.”

Projects from both the main strand and New Talent strand have gone on to secure finance and sales representation at the Market, and to build momentum towards production and release:

The 2022 edition will see nationwide networkThe New Black Film Collective (TNBFC) on board as a new partner, in addition to continuing its partnership with Tallinn Black Nights Film Festival which started in 2021. PFM continues its international partnerships with EAVE, MIFF 37 South, The Netherlands Film Commission, Ontario Creates IFF@TIFF and South Africa’s National Film & Video Foundation whilst also continuing to work with its Spanish and Italian industry colleagues and others across Europe.

The Market is supported by the Department for International Trade (DIT), the Mayor of London and the BFI London Film Festival. Applications for the PFM close on Wednesday 6 July 2022. 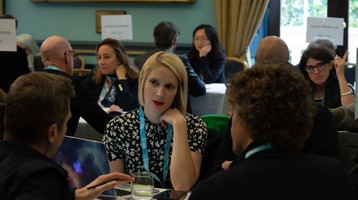 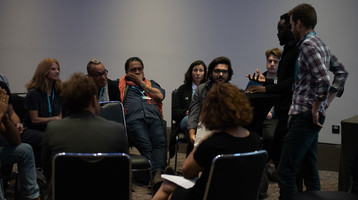