Film London Executive Task Force - a collection of key stakeholders from industry and the public sector such as Netflix, Channel 4, Metropolitan Police and The Production Guild - works to ensure London remains one of the most production-friendly cities in the world.

As inaugural Chair, Lord David Puttnam CBE has led the Task Force since 2004 and during his tenure has overseen the introduction of the first road closure legislation for filming in the UK, as well as the launch of the London Filming Partnership in 2005. The London Filming Partnership brings together over 500 diverse organisations in the city to collaborate on making London as film-friendly as possible, supporting nearly 16,000 filming days every year.

"It’s been an honour and a privilege to have served for seventeen years as Chair. I’m delighted to have played a role in the development of this collaborative and wholly successful Executive Task Force. We can all take pride in what’s been achieved during my tenure, including the design and implementation of the London Local Authorities and Transport for London Act of 2008 and the subsequent - and very significant - increase in all types of filming in our city (whether it be feature films, television, advertisements or student films).

I’d like to recognise the enormous support and encouragement I’ve received from the Board and Film London’s Executive, every one of whom has been a delight to work with. With the appointment of my successor, Andy Harries, I know the Executive Task Force will be brilliantly placed to fulfil its mission of ensuring the UK remains the ‘destination of choice’ for the rapidly growing international content industry."

This month the Film London Executive Task Force will welcome its new Chair, Andy Harries. Andy Harries established Left Bank Pictures in 2007 and as its CEO has produced a range of hit shows, including The Crown, which has garnered 63 Emmy nominations and critical acclaim since its debut in 2016. Left Bank Pictures strives toward sustainable film production, trialling the Green Screen Programme on the first season of The Crown and continuing to implement sustainable best practice. Harries is currently executive producing the show’s fifth series.

"I have been living and filming in London for the last 30 years of my life and this great city gives me the greatest pleasure, watching it come to life on screen and raising my family here. It’s an honour to follow David in this position and a privilege to keep the fight up for London to be at the very heart of our brilliant and ever expanding business."

The principal aim of the Task Force is to foster high standards for the organisation and delivery of production filming in London. It addresses key issues affecting filmmaking in the capital including traffic management, code of practice, permissions and fees, data collection and communication. An objective of the Task Force is to increase the economic benefits as a result of film production such as spend on local services and attracting tourism.

"It is with great sadness that we bid farewell to Lord David Puttnam as Chair of the Film London Executive Task Force. Lord Puttnam has been instrumental in strengthening cooperation between London's multiple agencies and the industry, turning London into one of the most production-friendly cities in the world. I can’t underplay the impact that Lord Puttnam has had on our city, our sector, and our country’s success on the global stage as a result, and I know many echo my words. We are truly grateful for his contribution and I would like to thank him for his commitment, expertise and immense leadership supporting the London Filming Partnership and indeed Film London for over nearly two decades.

Moving forward, I am delighted to announce Left Bank Pictures CEO Andy Harries as newly appointed Chair of the Executive Task Force. Andy brings a wealth of industry experience, critical acclaim and innovative forward thinking and we look forward to welcoming him to the Task Force."

Find out more about the Film London Executive Task Force. 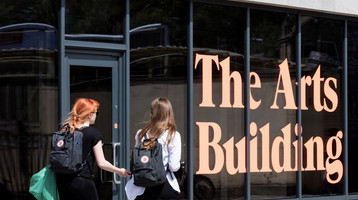 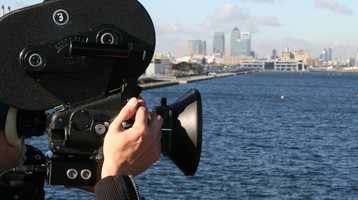 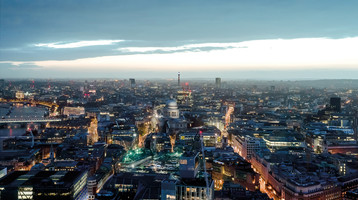 Changes to Charitable Trustees and Board of Directors