"Trying to break into the industry can be difficult as a young person, or recent graduate with limited experience, but it only takes one company to see your potential!"

We sat down with Nexus Studios Executive Assistant and Development Assistant Gracie Moss to discuss her career trajectory - from an early passion for storytelling, to transferring and applying skills to the world of animation.

Hi Gracie! You were recently at the Mayor of London’s Skills Academy launch. Tell us a bit about the day and your involvement.

As an Executive Assistant at Nexus, I was involved in organising the event and liaising with Film London and the Mayor’s team to organise the space, the schedule and help plan for the day. I was also involved in the skills workshops, representing the creative industry, with other learners from different industries on the day. It was a great event to showcase the varied roles available within the creative sector and how these new schemes will provide the necessary skills for young people to gain access and training in these key sectors. I hope it encourages more young people to view the industry as something that is accessible and inclusive, even from an entry level position.

What made you want to be involved in the creative industry?

Having a passion for theatre, be that performing, studying plays and novels or producing shows, I was constantly exposed to scripts and different ways of storytelling throughout my education. This, combined with my love of television and film, drove me to pursue a career within the creative sector in story development, as I was always interested in the process of creating and moulding narratives and presenting ideas in a creative and original way. The transition from theatre to film and tv felt like a natural stepping stone and an interesting way to continue working with scripts and storytelling in a different but new and exciting capacity.

Tell us a bit about your creative journey. Did you or are you receiving any training?

I initially worked on a freelance basis as a production runner on different television shows. I then applied for the Government Kickstart Scheme and was fortunate enough to get a six month internship at Nexus Studios as an Executive Assistant. After my six months of training, I was offered a permanent full-time position! I received training whilst at Nexus across many departments, which gave me a broader understanding of how a film and immersive studio works and where I could see myself progressing within the industry.

﻿Although I moved from live action to animation, the skills I acquired in my initial ﻿work experience were still incredibly valuable and relevant to my new role.

Speaking of Nexus Studios, can you give us a brief overview of ‘a day in the life’?

My role has a few different elements to it. I manage the diaries of the two Co-Founders, scheduling meetings, taking minutes in meetings, liaising with clients, booking transport and accommodation. That is the nuts and bolts of my EA role, however, in the short space of time that I’ve been here, I’ve had opportunities to explore tasks that align with my personal interests in film such as carrying out research for the Original Content team, who are responsible at Nexus for developing longform Film & Episodic TV. I have been involved in development meetings, reading and reporting back on scripts, carrying out reader reports and managing submissions and the development slate. I’ve also been fortunate enough to explore the production assistant role on the production and development of a series of short animation films for a charity we are working with. I have loved this project and working closely with different directors, writers and script editors throughout the creative development process. In this role, I was able to apply my passion for storytelling and improve my technical knowledge of the animation process. I was also able to apply my communication and organisation skills, which I gained from my previous experience in tv, to my role in production.

Excitingly, I was recently offered a position as Development Assistant in the Original Content team at Nexus, alongside my EA role, which I am delighted about. This will enable me to work more closely on a range of exciting projects here at Nexus and further my knowledge of the development process in film, tv and animation. In the future, I am hoping to progress further within this team, as my knowledge and experience in development grows, and I would love the opportunity to work on feature films at Nexus.

What challenges have you faced within the creative industry?

The biggest challenge I have faced so far was breaking into the industry. Initially, I got my first freelance running job through someone I knew, which seems to be a common way for a lot of people, but that's a challenge/issue in itself. These freelance running positions were often only for a few weeks and there were large periods of time that I remained unemployed. I submitted many, many applications and had a number of interviews, but the opportunity for a full-time role was scarce.

I was also competing against people with years of experience, and during the Covid-19 pandemic, so it was a catch 22 - if I can't get another job, how can I gain more experience? Although It is a really competitive and popular industry, this just shows how creative and exciting this industry is to be part of. Trying to break into the industry can be difficult as a young person, or recent graduate with limited experience, but it only takes one company to see your potential! Don’t be disheartened if you struggle to get a job initially, as you can learn so much from the application process and you will get there in the end.

In the future, I would love to see more women enter the ﻿industry, especially in more technical roles and positions.

Any stand out highlights from your career so far?

One highlight from my past year at Nexus has been working on a charity project about girls’ education and empowerment. I had the opportunity to work on developing multiple stories and scripts for this project, working with an all-female production team. I have learned so much from this experience about the scripting and production process and from being involved in meetings with clients, directors and writers. I have loved working on developing the narratives of each of these stories and working to a client brief, as well as gaining more knowledge about budgeting and the technical process involved in animation. This project has not been without its challenges and this has been valuable as I have learned how to overcome the different obstacles often faced during the production process. Not only was I incredibly passionate about the cause, but this project has also confirmed my desire to work in development within the animation and film industry.

How important would you say practical, hands on experience is within the creative industry? Give us an example of when you’ve kicked into action!

Practical, hands-on experience is incredibly valuable in the television and film industry, as it provides you with an intensive, varied and broad understanding of the production process, the different roles available within the industry and what is required to produce a successful show or project. As a runner on location and on set in live-studio shows, I gained practical experience managing talent, keeping to tight schedules in a fast-paced environment, working in a production office, working with contributors and even operating an autocue. Being on set gave me an insight into how a show is actually produced from the ground up and provided me with many transferable skills, which proved very useful in my new role as an Executive Assistant. Although I moved from live action to animation, the skills I acquired in my initial work experience were still incredibly valuable and relevant to my new role in the animation industry.

What are your current thoughts about the industry? How would you like to see it?

I think it is an incredibly exciting time to be part of the film, immersive and animation industry, and within the creative sector in general, with the creative sector pioneering new ways of thinking and introducing new ideas and concepts into our culture to create change. During the pandemic, we relied so heavily on the escapism, entertainment and storytelling that these industries provided on our screens, highlighting just how important these creative sectors are in our everyday life.

In the future, I would love to see more women enter the industry, especially in more technical roles and positions, and for the industry to become a more diverse and inclusive space. Nexus, as a company, is doing just that - with over 50% of its employees being women! And women fill positions across a whole range of roles in the company, including Senior Exec roles. I believe the creative sector is still difficult to ‘break into’ and is an industry that can feel impenetrable to some, unless you have connections to those working within the industry already. I would like to see this change!

Watch everything - even if you don’t like that particular genre of tv or film, expose yourself to it all. It’s a great learning process and it builds up your creative knowledge and bank of reference material.

Any advice do you have for those wanting to get into the industry?

Watch everything - even if you don’t like that particular genre of tv or film, expose yourself to it all. It’s a great learning process and it builds up your creative knowledge and bank of reference material. Research the company you are applying to, come with ideas to the interview and show you have a passion for the industry which you wish to enter. Take part in any online training courses or free talks available to you. I learned a lot about the industry and the different roles available and what they each required by watching online workshops and talks about the creative sector during the first lockdown. There are also lots of production Facebook groups where these entry level roles are advertised. Keep applying and don’t be disheartened if you get rejected and struggle for a while to get a role.

Thanks so much Gracie, and good luck for the future!

Find out more about Nexus Studios 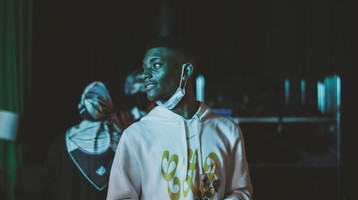 Breaking into the industry: Darryl Coulson 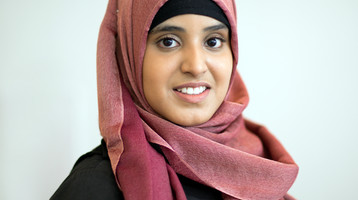 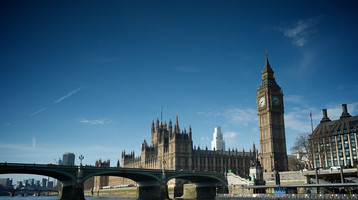