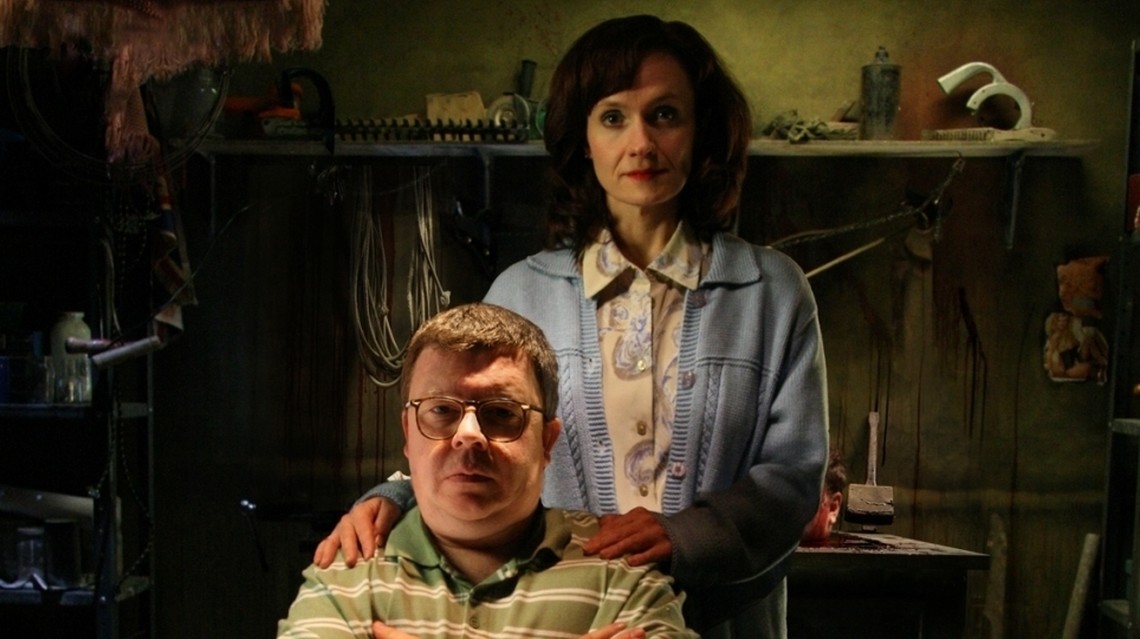 Writer/director Steven Sheil’s intense horror film is set around London’s Heathrow Airport. A murderous family live in a house at the end of the runway right under the roar of the flight path. They live off the contents of supposedly ‘lost’ luggage, but the ‘family business’ is much more sinister.

Polish worker Lena (Olga Fedori) becomes the latest unwilling house guest when she is brutally forced into their world. Mum (Dido Miles), has a predilection for torture. Dad (Perry Benson), is a killer. And the kids gather the victims. Lena is the newest member of ‘the family’, after they kidnap her from an airport cleaning job. Her choice becomes either to endure and live by their rules or to become as brutal and savage as the family themselves.

The first Microwave film to be released!
Premiered at Edinburgh International Film Festival 2008 and FrightFest 2008.
Released in the UK through Revolver Entertainment.
Sold internationally through High Point Films.