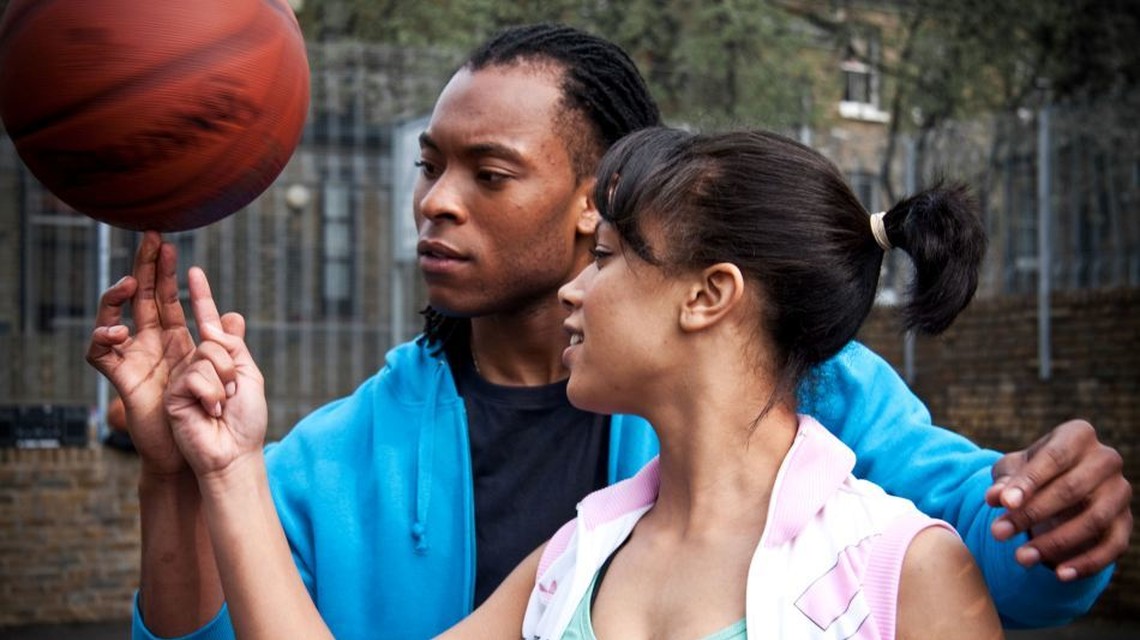 Ondene Marchant (Lucy Konadu) is beautiful, talented, and destined to major in law at Oxford. She’s spent her whole life following demanding study plans laid down by her ambitious mother Hyacinth (Suzann McLean), a high powered barrister determined to push her only child to the top.

After years of swotting, Ondene is desperate to live a little. She discovers freestyle basketball, and takes up the offer of lessons from a charismatic, and gifted student Leon (Arinze Kene). When Hyacinth finds out, she resolves to put an end to the relationship. Although Leon’s fighting against the odds to educate himself, Hyacinth is convinced he is bad news because he lives in the projects – a place she escaped from long ago.

As romance blossoms, the sweethearts face an uphill struggle with Hyacinth as they try to succeed in life and love.

This British basketball movie is a breath of fresh air