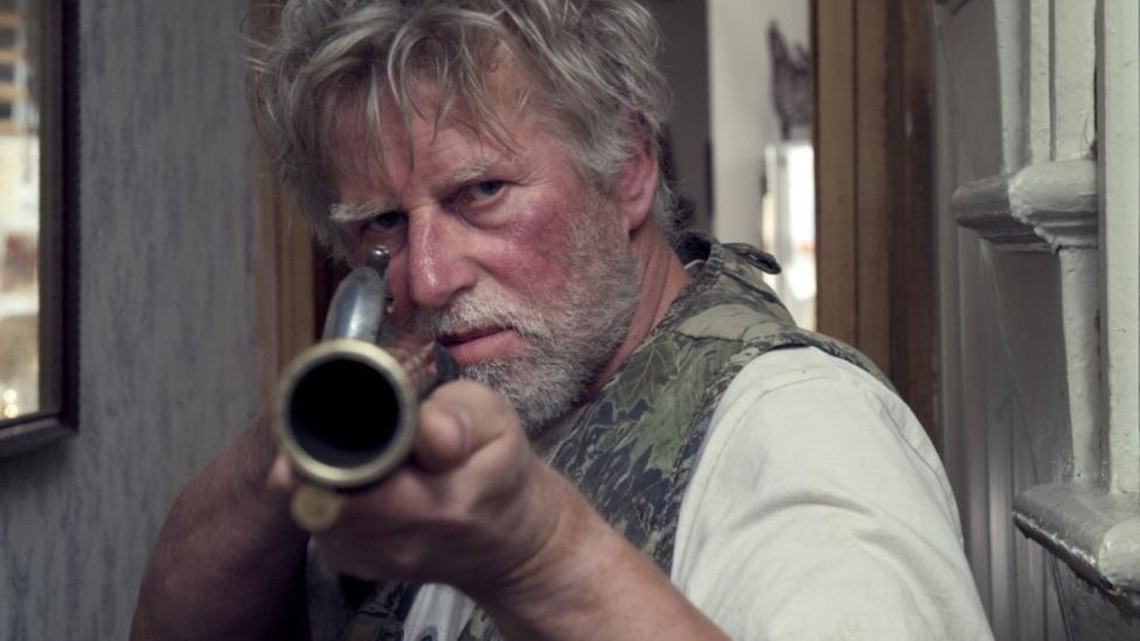 Borrowed Time tells the story of two totally contrasting figures who come together in the most hostile of circumstances, only to form an unlikely bond that will help them both find a way out of their respective troubles.

The plot centres around Kevin (Theo Barklem-Biggs), a young man who, desperate for cash to pay back a local tyrant (Warren Brown), breaks into the house of the reclusive Philip (Phil Davis), only to be held hostage by the old man at gunpoint. Kevin is able to break free but he can't go home for fear of Nigel and his sister, Becky, won't take him in either as she's had enough of his bad behaviour. When Kevin is forced to return to the old man's house, the burglar and victim form an unlikely bond that will help them both find a way out of their respective troubles.

From being the British film to raise much of its P&A spend via its successful Kickstarter campaign, Parkville Pictures found a myriad of new and groundbreaking ways to directly distribute Borrowed Time.

Borrowed Time was the first UK release to use Tugg, Inc., the pioneering crowdsourcing platform that empowers individuals and organizations to host screenings in their local cinemas. Hosts are able to select the date, showtime and cinema of their choice, and are then provided an online event page through which their community can purchase tickets. Once a pre-set threshold of tickets has been booked, Tugg will reserve the cinema, manage ticketing and ensure delivery of the film, allowing the audience to sit back and enjoy the show.

Another partner in the release of Borrowed Time was Assemble, with a website that aggregates all the ways people can see the film and be an active part in its distribution by sharing the word via social plug-ins, embeddable trailers and hosting their own Tugg screening.