Julia Parks’ practice encompasses film, sound and photography. Through this medium, she explores the different relationships between landscape, place and people, often focusing on the west-coast of Cumbria where she is based.

Graduating from Central Saint Martin’s School of Art in 2015, Julia has exhibited work in exhibitions and film festivals in the UK, Europe and Japan, as well as being featured on BBC’s Countryfile. In 2017 she co-organised the Arts Council-funded residency, The Allerdale Film Farm, which explored handmade 16mm film making in West-Cumbria.

We sat down with Julia in 2021 to talk about her experiences on The FLAMIN Fellowship. Read the full interview here 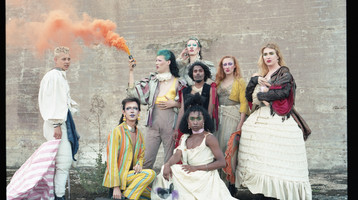