Callum Hill is a British/American artist filmmaker. Her films move between psychological enquiry, gender politics and poetry. Unpredictable and erratic in narrative, her works slip between documentary and fiction, inhabiting an existential and somewhat psychedelic mentality towards the human condition.

She studied in London at Goldsmiths College and the Royal College of Art. Solo exhibitions include LUX, London and Ps2 Gallery, Belfast. In 2018, she was the winner of the Berwick New Cinema Award at Berwick Film & Media Arts Festival. 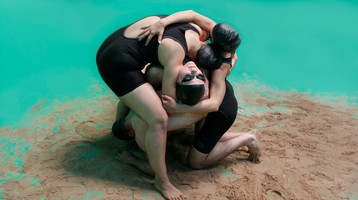