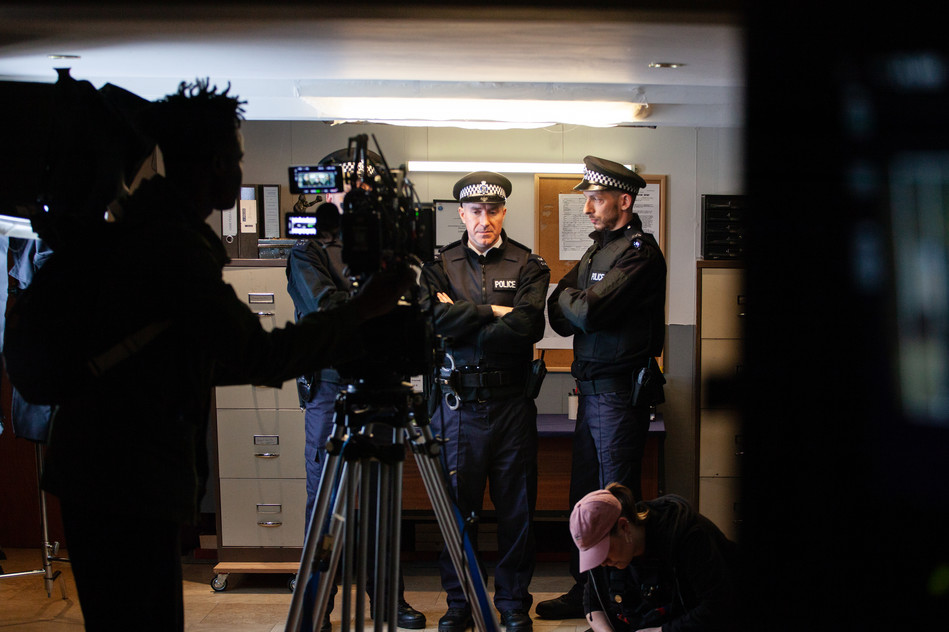 Supported by the BFI NETWORK Short Film Fund, The Chippie follows a young boy searching for the truth about his missing brother - which takes a dark turn. Officially selected for LA Shorts International Film Festival 2020 and British Shorts Berlin 2020 and being nominated for best short film at British Urban Film festival, Film London caught up with the team behind the dark-comedy horror; writer & director Louis Norton Selzer and producer Lucy King.

You can watch The Chippie here.

What was your journey into the film industry like?

Louis Norton Selzer: We actually both started out in TV together at the same company about 8 years ago. I got Lucy into it cause I said I could imagine her on set with a clipboard telling people what to do…

I really enjoyed the technical side of production - the shooting and editing - and so got into the more “editorial” side of things. After a couple years in TV, I moved more into digital content creation and advertising as a shooting/editing director. I’ve always been a writer and I’ve always adored and been fascinated by film. But it wasn’t until about 3 years ago that I plucked up the courage to do my first proper short, Thanks for The Memories. I applied for BFI funding very shortly after we completed that film and thankfully we got it, so I then moved straight onto The Chippie.

The Chippie has a surreal and gripping theme of dark folklore, set in the backdrop of urban London. Tell us more about your BFI NETWORK supported short and the inspiration behind it?

Louis: Near where my gran used to live, there was a really run down chippie on this estate I used to go to. It was pretty empty most of the time, by which I mean I’m pretty sure I was their only customer. I wondered how it was possible that a business could survive on one customer. That thought and my twisted imagination naturally led me to the only logical conclusion.

Lucy King: Any story that makes you stop and think is important. On the surface, The Chippie is a horror film where children are being stolen, but it also raises the question; who are the vulnerable children disappearing and why are the adults - who are all in positions of power- able to keep murdering them without consequences.

What was your creative process, how did you prepare to make the film ?

Louis: From the start we knew that the key to this film working would be casting. We had to find a really strong and convincing actor to play our lead, Junior. Let’s face it, it's hard to find really good child actors. So we knew it would be tough from the outset. We discussed getting a casting director but thought it was a cost we could do without. How wrong we were. We ended up going through about 1000 kids to find Junior and the gang. I think it was over two weeks of constantly looking through headshots and casting tapes. We even did some street casting (fail). Eventually we narrowed it down to about 40 or 50 actors. We booked a space at The Tabernacle Theatre and tried the boys in groups until we found the right combination of chemistry. By the end of the day we had cast everybody except our lead. It was a bit worrying as we had literally got down to the last boy on the list. Thankfully that last boy was Jordan Nash. I remember he came on stage and suddenly looked up at us and transformed and it was like, “Oh, this is it. This is what all those other directors talk about when they find their star”. He literally blew us away. 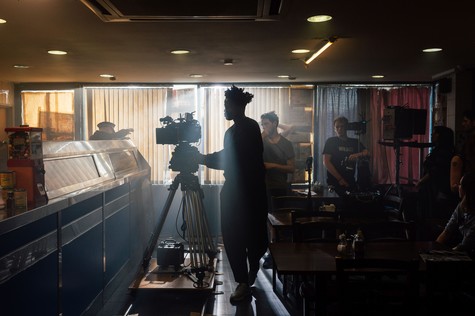 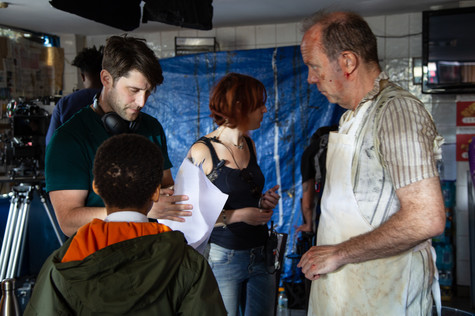 How did you come to form a collaborative team for this project? Had you worked with each other prior?

Lucy: Louis and I went to primary school together and have been mates since we were four years old, so we go way back! He was even one of my bridesmaids. We both started out in Factual Entertainment TV as runners and whereas I gravitated towards the production side of things, Louis excelled in the creative aspects. This worked out well for us as we both have strengths on different sides of the production process, and we make a great team working together.

Can you talk us through one of the scenes / Do you have any favourite moments from the shoot?

Louis: I think my favourite part of the film - both on screen and on set - was the chippie speech. Hearing an actor take your words and perform them is one thing but seeing if what you’ve written actually works, is another. I remember when we were on set and David Schaal performed the speech, it all suddenly became very quiet and tense. It felt like there was real emotion happening and everyone was being drawn into it. That was cool.

What's the best thing you did (or thing you wish you did) on the first day of shooting?

Lucy: I agree, we tried to shoot too many scenes as a result and filming was more stressful than it should have been.

The Chippie had a successful run at the LA International Shorts Film Festival and British Shorts Berlin eventually being nominated for best short film at The British Urban Film Festival - what kind of response did you get from the festival and industry?

Louis: Generally it was pretty good. It was dope to be in several Bafta and Oscar qualifying festivals and got nominated for best short at one. My previous short didn’t have those accolades so it felt like progress and acknowledgment. Also there is a sort of slight delayed, cumulative effect with these shorts where people discover them later and subsequently take interest in you as a creative. I’m working with an indie film company now to develop feature work and have been talking with people from commercial production companies too. But the biggest response and most interesting discussions I found were usually in the comments section on the youtube film curation channels or online festivals where the film was hosted. That’s when you really see what people think! 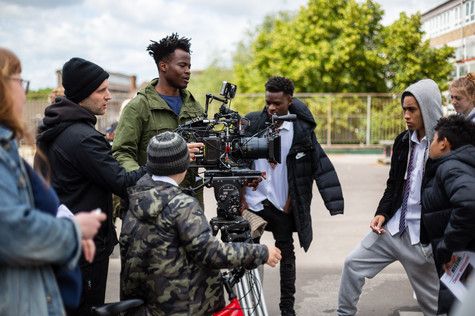 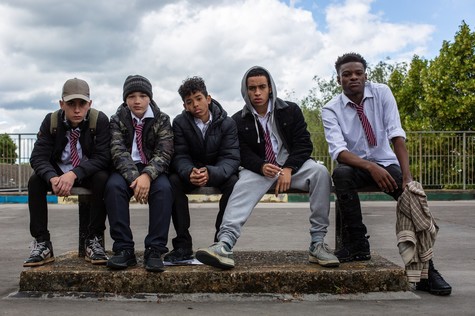 What are you hoping the audience will get out of this film?

What are you currently working on, and how are you navigating the Covid situation and keeping engaged and balanced?

Louis: I’ve just finished a new short called The Impatient Man Who Made His Life Considerably Shorter which is a film about exactly what it sounds like. I’ve also been busy developing some feature and tv ideas. I’ve been really productive during covid to be honest and it’s been good for my FOMO. Secretly, I’ve been glad that no one else can go out and do stuff while I’m stuck at home writing and editing and generally being a misanthrope.

Lucy: I’m working across documentary development projects for Netflix and the BBC. Covid has been a nightmare in terms of delayed projects and constantly changing regulations - but keeping everyone safe is always the priority.

What advice would you give to filmmakers embarking on making their first live short film right now?

Louis: Be true to your own weirdness. Make a film that you would want to see.

Lucy: Agreed. And storyboard. And don’t be shy to ask for help and advice, there’s a reason film is a collaborative art. 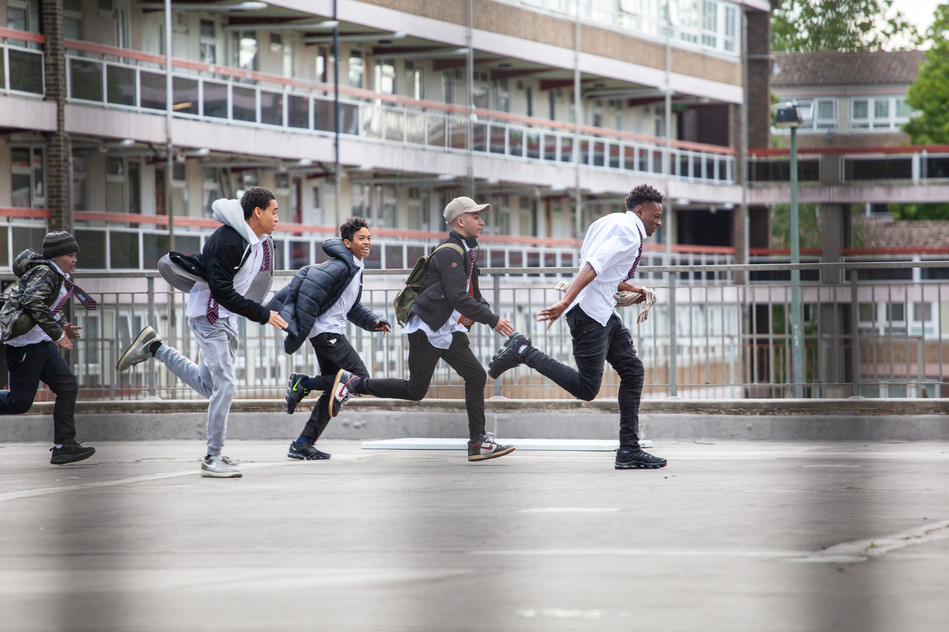 If you’d like to make a short film, we can help!