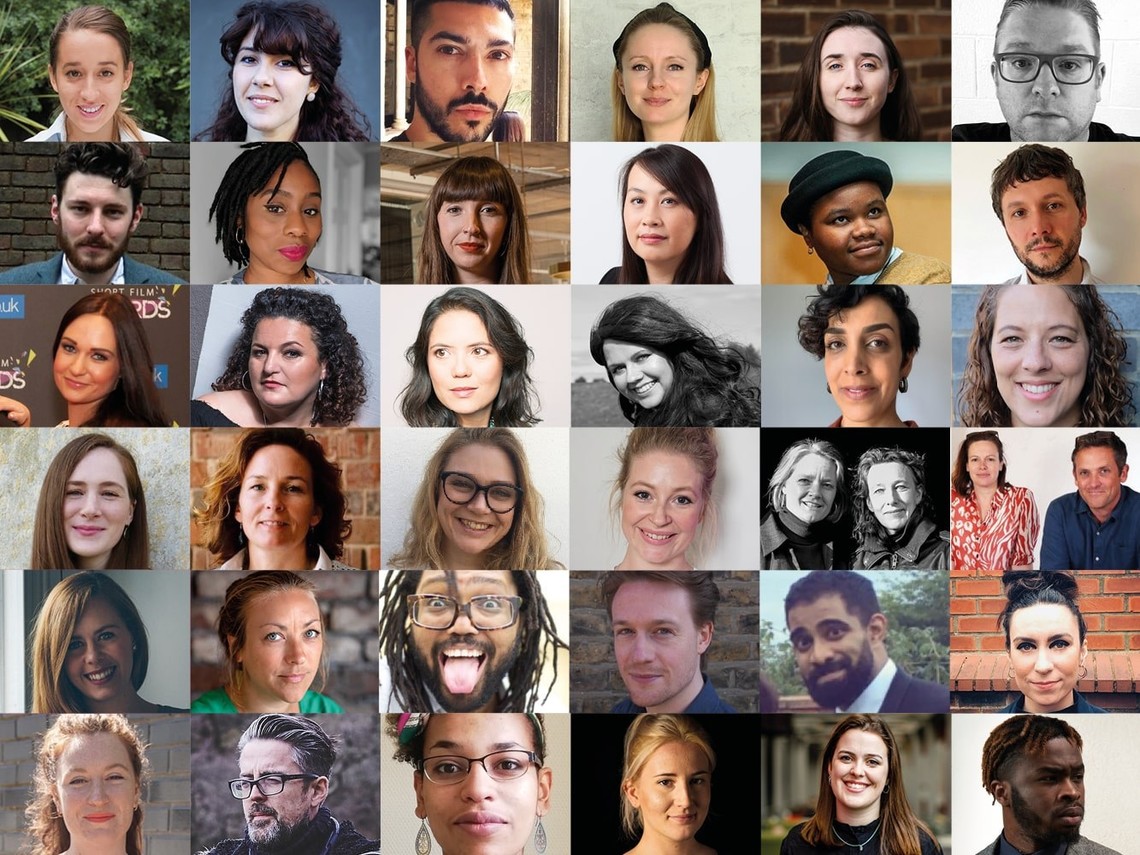 Last week, the BFI announced the recipients of the 2020 Vision Awards, as well as 12 emerging producers selected for a new professional development programme, BFI NETWORK INSIGHT. A number of Film London alumni have been named amongst recipients for both schemes.

The BFI Vision Awards will provide support and funding to 20 of the UK’s most exciting and ambitious early career producers and producer teams. The BFI NETWORK INSIGHT programme will focus on emerging producers who are yet to make their first feature, with specific training modules to reflect the life-cycle of a project and the role of a producer.

Even during these difficult times, Film London strives to discover and develop the capital’s talent through our schemes, responding to industry change and helping to maintain London’s reputation as a centre for world-class talent and crew. We are thrilled to see so many alumni from across our various schemes making the list, from Film London’s Equal Access Network, to our Lodestars and funded shorts.

Producers from Ardimages UK Ltd, championing diverse, female-driven films that challenge and encourage change. Chiara produced 2014 London Calling short Satan has a Bushy Tail, a dark comedy about a bereaving old man who enlists the help of his grandson to get rid of a demonic squirrel.

Film and television producer, establishing Fruit Tree Media in 2013 to highlight unrepresented voices. That same year, Fiona produced London Calling short Close depicting an developing father-son relationship in the wake of a tragic event. Fiona was also a successful applicant in our Equal Access Network’s Breaking the Glass Ceiling, a new leadership programme to support black, Asian and minority ethnic (BAME) mid-level professionals in the Film and TV industry who are committed to developing an inclusive leadership style, helping to train and retain crucial industry talent.

Independent filmmaker and producer who works across features, documentary, animation and immersive works with a focus on the marginalised, especially those from the East Asian diaspora. Chi was executive producer on Netflix Original and 2018 London Calling short Little Miss Sumo. Banned from competing professionally, the documentary follows female sumo wrestling champion Hiyori as she confronts obstacles both inside and outside the ring in an attempt to help change Japan's national sport forever.

With her work spanning documentary and fiction, Sorcha produced BAFTA and BIFA nominated London Calling short Wren Boys. Founder of Try Hard Films, Sorcha was named one of six rising LGBTIQ+ talents by BAFTA and BFI Flare and is a 2019 Film London Lodestar.

Holly co-produced Something in the Closet, a BFI NETWORK short about a gay teenager coming to terms with her sexuality. The short was recently selected as one of Five Films For Freedom - an online short film programme celebrating and supporting LGBTIQ+ rights from The British Council and BFI Flare. In 2019 Holly started her own production company, Diploid Productions, committing herself to redefining the northern and working class identity.

Co- producer of 2015 London Calling short The Lights alongside Andrea Farrena. Starring Bradley Walsh, an electrician answers a night-time call out and is drawn into the bizarre world of a man haunted by Christmas. In 2016 Sophie established award-winning SONA films, which aims to produce British films that address real issues as well as capturing the magic of cinema. Sophie also campaigns for access in the film industry through the UK Producer’s Roundtable.

With two London Calling shorts under his belt, Barrington has a background predominately in short films. Producing 2006 short Death of the Revolution and 2011 short Jasmine, Barrington works with talent through his production company Redbag Pictures, sharing stories inspired by both the past and future.

Other notable mentions include Alexandra Blue, Douglas Cox and Tony Longe who have or are working with Film London and BFI NETWORK to develop projects.

Microwave is Film London’s feature film scheme responsible for discovering and developing some of the UK’s most exciting talent.

Film London’s London Calling scheme ran until 2018, with many of our shorts online via our Vimeo channel. London Calling was proud to be a partner of the BFI NETWORK. Film London delivers BFI NETWORK support and funding for new and emerging filmmakers across the Greater London area as part of Film Hub London.

The Equal Access Network (EAN) was launched in January 2018 to ensure that the capital’s screen industries represent the diversity of the city itself, by helping new entrants, mid-level and returners to get in, stay in and return to the TV and Film industry.