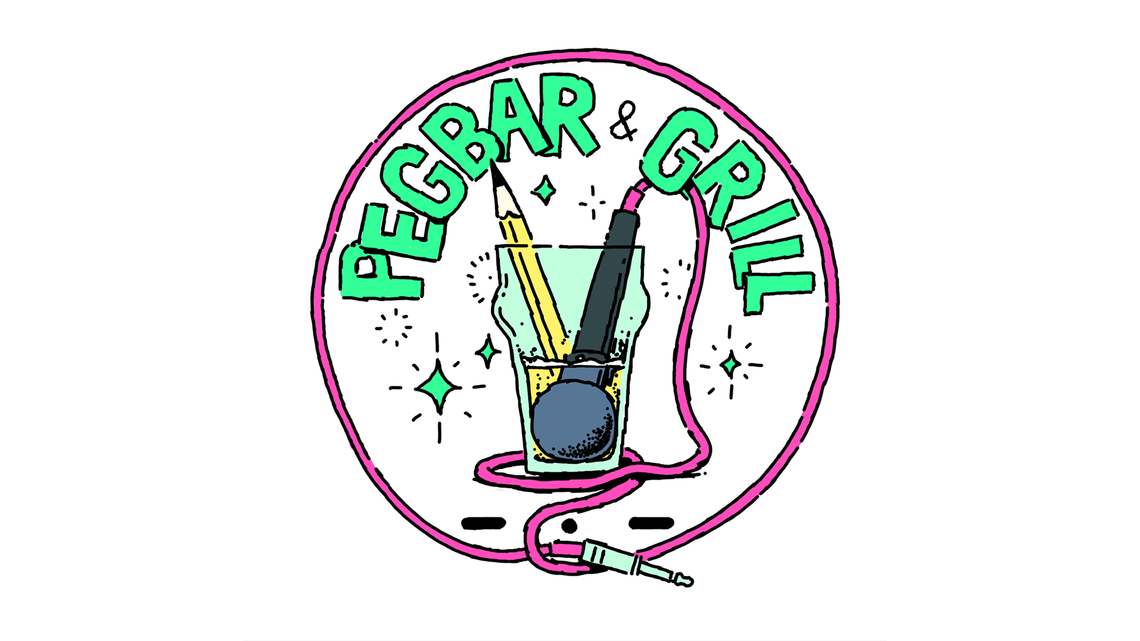 Happy Hour at The Pegbar and Grill Podcast is a podcast in which hosts Tim McCourt and Sam Taylor to talk to some of their favourite filmmakers and animation creators. Created by The Line, a London-based animation studio who are one of our London Filming Partners, this podcast recently collaborated with BFI NETWORK on two episodes discussing animation with BFI NETWORK alumni.

Our Head of Talent Development and Production Jordan McGarry recently spoke to Tim, one of the hosts of the podcast, to discuss their work at The Line, how they put together a successful film industry podcast and some of the best advice they have for young animators.

We’re so excited to have supported two new episodes of the Pegbar & Grill* podcast. Can you tell us a little bit about Pegbar & Grill for those who haven’t come across it before?

It started off as a vimeo channel where we curated animation, mainly short films by young independent filmmakers, but also anything we found interesting like animation tests, commercials or games. We really wanted to get to know and talk to some of the animators and filmmakers we were featuring and so the podcast was born.

How did you choose the guests for these episodes? Can you tell us a little about them?

We mainly choose guests who we're big fans of and would just like to meet, the podcast gives us a reason to reach out and say, 'Hey do you fancy having a chat?' without the cloak of the podcast it'd probably just come across creepy haha. For these particular interviews, we also thought about animators who live, or have lived, and worked in the U.K and who have had success making short films.

The Pegbar podcast is all well and good, but tell us a little about your day jobs, The Line, and how you started working together. What have been your favorite projects?

The Line is an independent animation studio based in East London, which focuses on commercial productions and short form content. Our plan is to also move into long form content as well. We started out as six founding directors who met freelancing as animators in the London animation scene. We just wanted to direct our own projects, whether that be our own short films or commercials. The hope was to get signed as a directing collective under the Name 'THE LINE'. But after a few years of struggling to make that work, we decided to set The Line up as a fully fledged animation studio and we've never looked back. We're now a team of 25 and growing steadily.

Some of our favorite projects would include our work with Gorillaz, those videos are a lot of fun. Also our projects with Riot Games, which include, True Damage - Giants, Take Over, and Die For You. We also ran a super rad commercial for YT industries called Izzo. Some of the studio's own short films are among our favorites; Super Turbo Atomic Ninja Rabbit, Amaro and Walden's Joyride, The Mighty Grand Piton, WallFlowers, and Everything I Can See From Here - our first short film, which received a Bafta nomination.

You are well placed to advise our network on making animated shorts, having made several between you, including one that was funded by us many moons ago. What did you learn from making Drawing Inspiration?

That animation is a team sport that takes a long time. Organizing your production is probably the most important thing you can do while making a film. I know people want to jump straight into the art side of things, but having a producer/production manager helping organize deadlines and targets for each phase of the production, is key to finishing a project.

What’s your best piece of advice for creators interested in making animated shorts? (Apart from that they should listen to your podcast!

Our main advice is keep it short. Our first short films were 8 minutes & 7 mInutes, since them, we haven't made a short film longer than 2 minutes haha. The reason is that without considerable funding and support, making animated shorts is a hard thing to do, and can take a long time to produce, particularly if it's your first. We feel the most important outcome when making a short film is that you finish it (and we know plenty of people who've started shorts and never finished them). Also that you make something you are happy with and proud of. By keeping it short you can focus on the quality of your animation.

The Pegbar and Grill Podcast With Will Anderson & Ainslie Henderson

The Pegbar and Grill Podcast With Alberto Mielgo

You can also learn more about animation in some of our practical sessions that are available to watch free on our website. This includes our collaborative session with Blinkink: Animation and Short Film. This session aimed at anyone interested in working with animation on a short film project features BAFTA-winning and Netflix-commissioned directors and is available to watch for free right now.