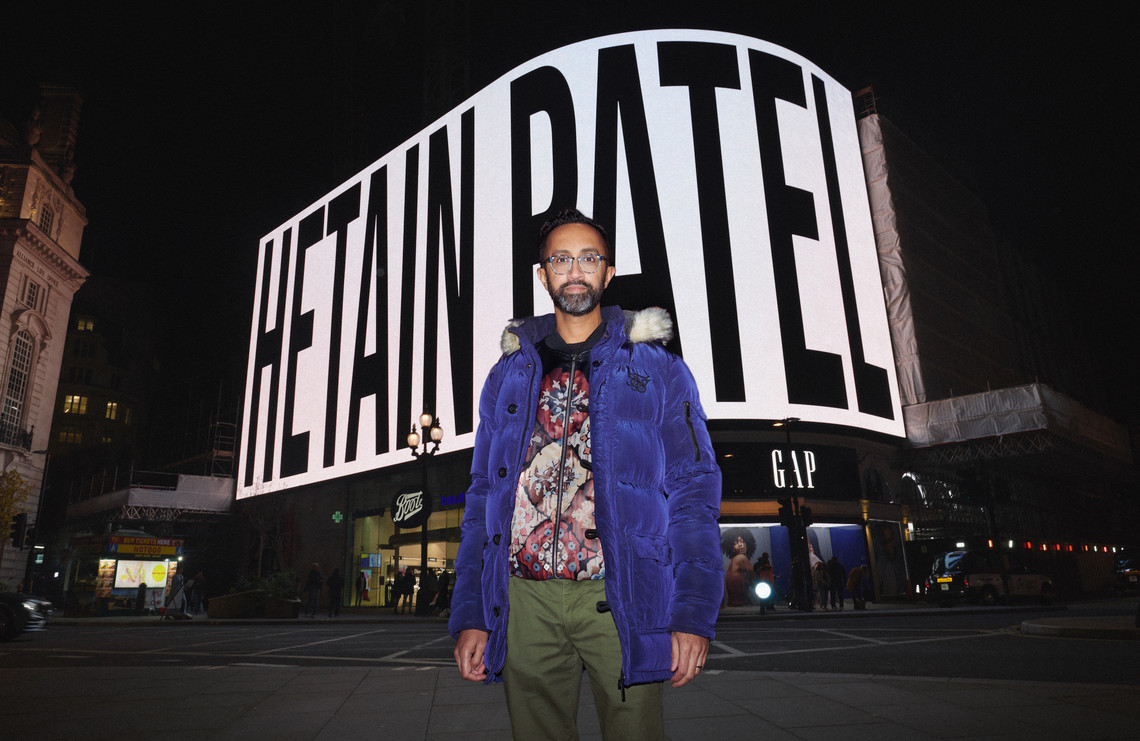 Artist and 2019 Film London Jarman Award Winner Hetain Patel will be in conversation with Film curator and programmer Qila Gill, to talk about his career path, different ways of working in the art world, how to sustain an artistic practice, and ways in which the art and film industry cross over.

Find out more about the Film London Jarman Award Here.

You have the opportunity to watch Patel’s new work ‘Baa’s House 11’, commissioned by CIRCA in collaboration with the Film London Jarman Award, for free, every evening throughout November on the big screen at Picadilly Circus. The work is screened at 8:20pm.

Exploring themes of immigration and identity on a global stage, ‘Baa’s House 11’ pays homage to Patel’s grandmother, performed by Indian Kathak dancer, Vina Ladwa. Co-opting billboard spaces in five major cities, Patel shows his grandmother looking out from the screen, empowered in everyday labour, whilst surveying passers-by watching below. Typically under-represented in such spaces of mass media and advertising, the matriarch challenges audiences around the world to confront the power of such torchbearers of cultural heritage within the migrant community.

Find out more about CIRCA Here.