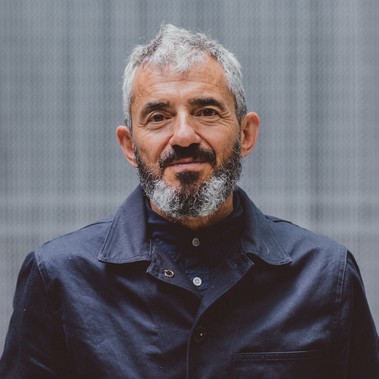 Daniel Battsek has headed Film4 as Director since 2016, and has greenlit films including The Favourite, Saint Maud, Cold War, Peterloo, and The Personal History of David Copperfield.

Prior to this, Battsek served as President of New York based Cohen Media Group, a role he held for three years, overseeing the acquisition and release of arthouse/crossover releases including back-to-back Oscar® nominees Timbuktu and Mustang, as well as CMG’s development and production slate.

Prior to that he spent 2½ years at National Geographic Films, where as President he acquired projects for development and production including the Oscar® nominated documentary Restrepo, as well as National Geographic branded large screen and Imax 3D projects.

Battsek relocated from the UK to New York in 2005, where he served for five years as President, Filmed Entertainment at Miramax Films. Projects he greenlit and/or acquired there included Oscar® winners The Queen, No Country For Old Men and There Will Be Blood.

From 1991 to 2005, Battsek held the position of EVP and Managing Director, UK Distribution and European Production & Acquisitions at Buena Vista International, UK, where he oversaw all aspects of UK distribution for 18-25 releases per annum from Walt Disney Studios and their partners including Pixar and Miramax Films. At BVI, Battsek also set up a Comedy Production Label in 2001 which financed and produced three films, including Calendar Girls and Kinky Boots.

Prior to that, Battsek spent six years as Managing Director of Palace Pictures, where he was responsible for the acquisition and distribution of quality independent titles from around the world for release in the UK, and he also spent three years as a Sales & Marketing Executive for Hoyts Entertainment in Australia. 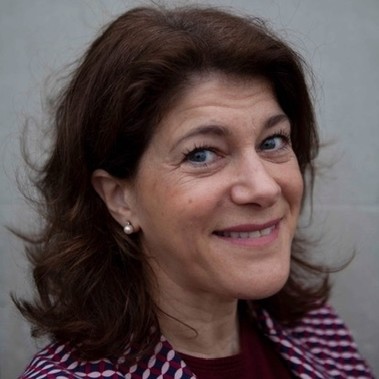 Geraldine Atlee is a qualified solicitor and currently heads up the Legal and Business Affairs team at BBC Films, where she oversees the business aspects of the strategy, development, production financing, sales and distribution of film projects. Previously, Geraldine spent 7 years at Channel 4, as Head of Legal & Business Affairs for Film4, Drama and Comedy. Over the course of her 25 year career in the film Industry, she has held similar roles at PolyGram Filmed Entertainment, Universal Pictures International, and the UK Film Council, and has been involved in the financial structuring and legal deals for a huge catalogue of films ranging from Twelve Years a Slave to Horrible Histories. 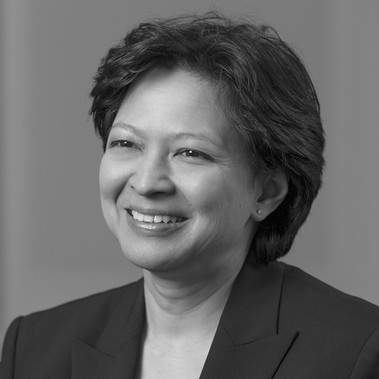 Judith Chan started her career as a financial consultant and became involved with the media sector as an investment banker in Los Angeles. She now has over 20 years of media financing experience, and is currently an Executive Director of Coutts & Co. Leading the film and television department, Chan oversees the development of new business opportunities in the media and entertainment sectors, specialising in structuring film and television lending transactions. An active ambassador for the bank, Judith represents at major national and international markets and festivals, and participating in expert industry panel. She is also a Trustee of Medicinema, The Artichoke Trust and the NFTS Foundation. 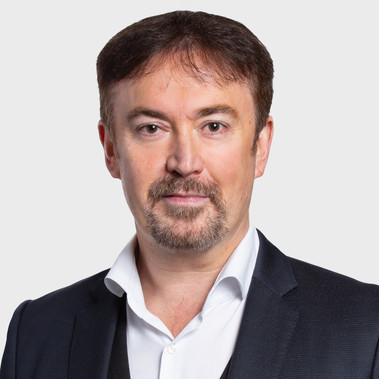 John Graydon has been a leading industry advisor at Saffery Champness since 2012, providing specialist advice on film and television financing opportunities in the UK and Internationally. Boasting a tremendous portfolio of clients including Universal Studios, Disney, Lucas Film, 20th Century Fox, and Working Title, John has advised on titles such as Star Wars, Downton Abbey, Mr Selfridge, Three Billboards Outside Ebbing, Missouri and The King’s Speech. In 2006 John was awarded the UK Production Guild External Merit Award for outstanding contribution to the British film industry, through his efforts in advising the UK government on the creation of the Film Tax Relief and introduction of the TV Tax Relief. John is also Deputy Chair of BFC Advisory Group and will become Chair of the Film London Finance and Audit Committee. 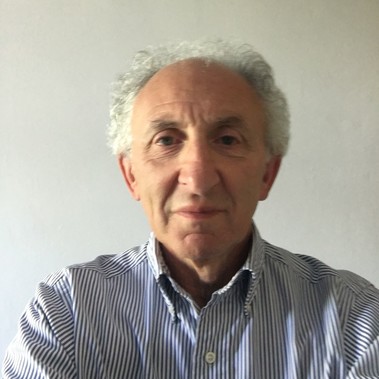 Jeff Jacobs joined the GLA in 2007 as a Senior Adviser to the Mayor of London. He then became Director of Transition after the May 2008 Election. He was subsequently appointed by the Mayor and London Assembly to be Chief Officer and has accumulated extensive experience in that role and as Executive Director and Greater London Returning Officer. Jeff was previously a Director General in the Department of Culture, Media and Sport and led the Government Olympic Executive which helped win the London 2012 Olympic bid and progressed the delivery preparations. Jeff has also provided an outstanding and long-serving contribution to the Civil Service including as Principal Private Secretary to the Deputy Prime Minister, John Prescott, from the May 1997 General Election and as Director of Town and Country Planning. 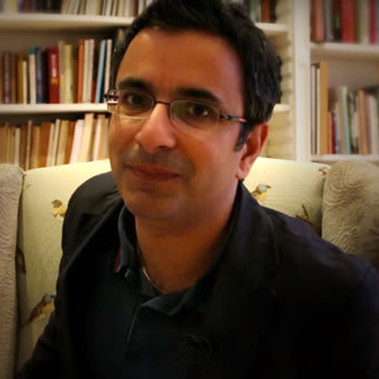 Saurabh Kakkar is a senior broadcast television executive, having been an Executive Producer at Big Talk since September 2014. In that time and his previous roles as Head of Development at BBC Comedy Productions and Creative Director of Comedy at ITV Studios, Saurabh has developed and produced an extensive and impressive portfolio including Defending The Guilty, Timewasters and The Goes Wrong Show. Saurabh has been on the board of Creative Access for six years, and Chair for the past two, overseeing the placement of over 1600 BAME candidates in the creative industries and working with hundreds of media partners. 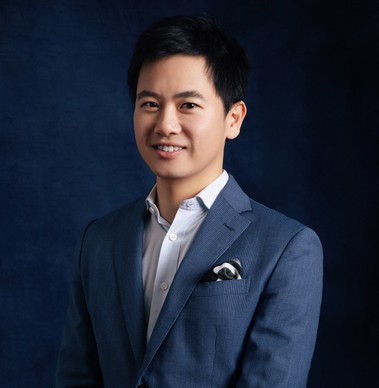 Li MA is a Director at Tencent, a global media and technology conglomerate. He oversees investments and strategic partnerships in the interactive entertainment industry in the UK.

Previously, he was an M&A banker and UK corporate broker at Deutsche Bank in London, advising FTSE-listed and pan-European corporates. He is Board Member of The Association for UK Interactive Entertainment (Ukie), Juror of BAFTA Games Award, and Chair of Advisory Board for Games London / London Games Festival.

He supports and produces indie films, especially those with a BAME angle; the most recent role was Co-Producer of Automat, released on Sky. Li is specialised in investments and M&A, content production and IP licensing, and commercial deals with strategic importance. He also has extensive network in China and Asia, and was an advisor to TV series “My Future”, produced by China’s second largest television channel, Hunan Broadcasting. 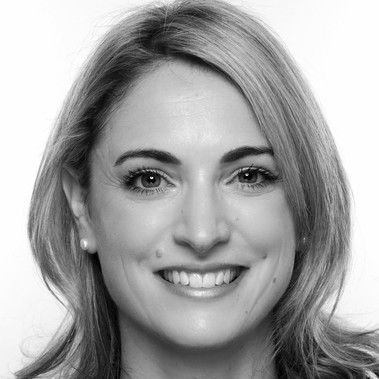 Nicola Pearcey is President for UK and also overseas Strategy and Operations across EMEA. Nicola is responsible for the company’s strategy and its people across film, TV and all areas of business alongside CEO Zygi Kamasa. Nicola views the development, acquisition and distribution of content throughout the business being as vital as the people on board, both internally and externally. Nicola began her career at Johnson and Johnson, famed for its “people first” credo. She started her media career working in marketing on the James Bond franchise at MGM pictures, then enjoying predominantly sales led roles at Walt Disney (franchises including Pixar, Disney and Miramax) before moving to Lionsgate in 2006. 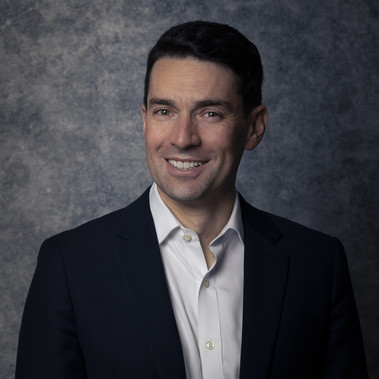 Dan Penfold has spent the last 15 years providing legal and strategic advice to companies in the media, technology and entertainment sectors. Having worked at Warner Bros. for the last decade in a number of roles, he currently leads the WB Games legal function for the EMEA territories. Dan has extensive experience in advising on all aspects of content production, distribution and marketing, from regulatory/policy considerations to complex software and IP licensing. Previously, Dan trained at Olswang (now CMS Law) and undertook secondments to Film4, Microsoft and Skype. 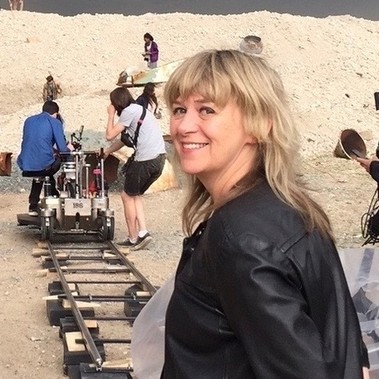 Lila Rawlings is Head of Creative: Film and Television for Award-winning director Alfonson Cuarón’s London-based company Esperanto Filmoj. Previously, she was an Executive Producer at at Left Bank Pictures. Her work there included Sitting in Limbo, concerning the Windrush Scandal, Electric Dreams: a 10 part anthology series and Oasis a pilot. She has also worked as a freelance Script Consultant, advising and consulting for a number of financiers including British Film Institute, Scottish Screen, iFeatures and Film London as well as a variety of established producers and production companies. Previously Development Executive at Film4, Head of Development for Drama and Film at Century Films, and Head of Development at Dakota Films, Lila has worked on titles such as Steve McQueen’s Shame, Andrea Arnold’s Wuthering Heights, Dan Kokotajlo’s Apostasy, and Clio Barnard’s The Selfish Giant as well as producing for companies such as Amazon and Channel 4. 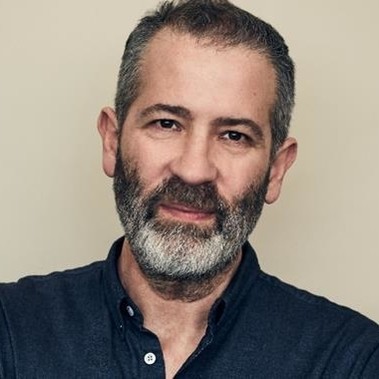 Allon Reich has been producing films with Andrew Macdonald at DNA Films since 2002. Their films include The Last King of Scotland, The History Boys, Notes on a Scandal, 28 Weeks Later, Never Let Me Go, Dredd, Sunshine on Leith, Far from the Madding Crowd and the award-winning Ex Machinaby Alex Garland. Reich is currently producing an adaptation of Jeff Vandermeer’s Annihilation for Paramount, again collaborating with writer/director Alex Garland. DNA established a TV arm in partnership with Fox Networks Group in 2014. Formerly, Reich was at Miramax, where he was the Head of Film UK and executive produced Shekhar Kapur’s Four Feathers and Stephen Frears’ Dirty Pretty Things. Previously at Film Four, he worked on many productions including Four Weddings and a Funeral, Shallow Grave, The Madness of King George, Brassed Off and Trainspotting. 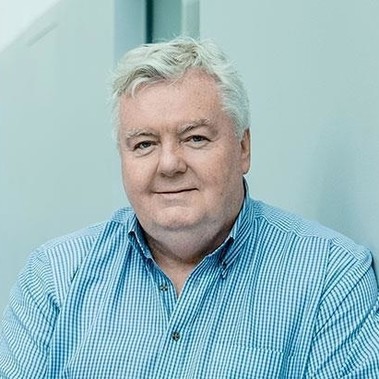 Iain Smith, OBE is one of the UK’s most experienced producers, having executive produced Mad Max: Fury Road and produced Local Hero, The Killing Fields, The Fifth Element, Seven Years in Tibet, Cold Mountain, Children of Men, television series 24:Live Another Day. In 2005 he was awarded a BAFTA for Outstanding Achievement in Film, and was made an OBE in the 2008 New Year’s Honours List. As well as being on our board, he is a patron of the London Film School, Chair of the Film Industry Training Board, the Film Skills Council, the British Film Commission and the Skillset Craft and Technical Skills Academy. He sits on the Advisory Board of the Scottish Screen and Media Academy, and the Media Academy, Wales. 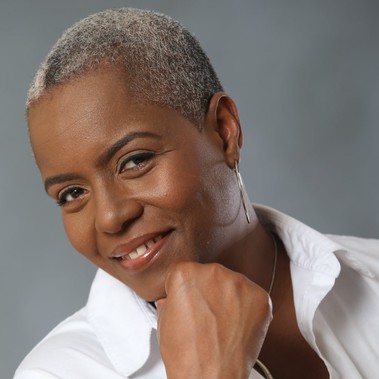 Frances Trought has sixteen years of Higher Education experience and is the former Deputy Vice Principal (Student Talent Development) at Pearson College London and the Founder of Everything D & I Ltd, a platform providing a central hub for all Diversity and Inclusion initiatives. Trought’s focus and passion lies within building bridges between industry and education to secure opportunities for students ranging from networking to paid employment. To this end Frances works with industry to develop live briefs for students to hone their skills. Frances is the author of 'Brilliant Employability Skills' (2017) and is currently working on a book focusing on Digital Skills. 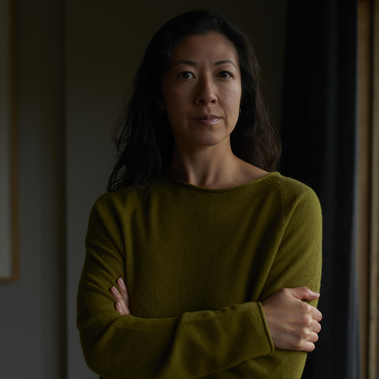 Nicole Yip is a curator and writer with over 15 years’ experience working at the intersection of the visual arts and artists’ moving image sectors. She is currently Chief Curator of Exhibitions and Live Programmes at Nottingham Contemporary, one of the largest contemporary art centres in the UK. From 2016­ to 2019 she was Director of LUX Scotland, a national agency for the support and promotion of artists’ moving image practices in Scotland, and previously worked at LUX, London; Firstsite, Colchester; and ICA, London. She has been a contributor to frieze magazine, and served as a jury member for numerous international film festivals and arts awards, including chair of the annual Margaret Tait Award (2016–19).