Return to Work in Production (funded by Creative Skillset) - 2017

Film London created and ran the first-ever Return to Work Scheme in 2017 funded by Creative Skillset’s HETV Levy Fund, taking 6 parents ‘re-training’ them and placing them in Returnships at companies such as Carnival Films, Cuba Pictures and Tiger Aspect. Each participant was matched with a carefully selected mentor and received on-going support by Film London during the programme and after its conclusion. The programme acted as a launchpad for the participants all of whom found employment following the scheme.

The Film London Return to Work programme has increased my confidence and enthusiasm for my career. I cannot thank Nahrein and her team enough. In a few short months she has gotten me up and running, connected, CV updated and network rebuilt, an achievement that might have otherwise taken me years. 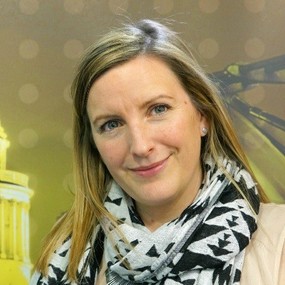 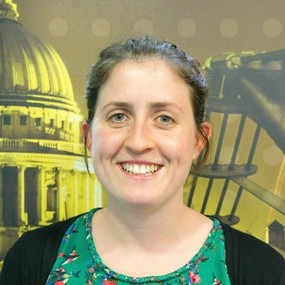 The Return to Work scheme was a real confidence booster! Without this initiative and the passionate people behind its inception I would not be in the position I am now - full time employment. This is something that I didn't think was possible for me, so thank you for showing me it is possible and that I can do it after taking time out to start a family. Thank you!

In addition to the part time placement that put the participants back in the workplace following a career break, the participants attended soft skills training sessions designed to help them build a network, meet industry leaders and understand the state of the industry and the changes since they left. The training sessions also included coaching and social media training as well as speed interviews and roundtable discussions on industry needs and requirements. The scheme also provided participants with a carefully matched mentor.

What participants and industry say:

“The Visual Effects industry changes at such a pace that it can be very daunting for someone who has not worked for a while to come back in. The Return to Work scheme with Film London offers parents and carers an invaluable opportunity to reconnect with the industry. We really enjoyed having a returner in the studio with us and are pleased to have been able to give her the chance to work on live shots again. It was a very simple process for us and the returner as Film London gave so much support, we’ve love to be involved again in the future.”

"The knowledge I have gained from hands on work and help from the team has been so valuable. It’s given me the opportunity to work with real footage that I would not have had access to or think of recreating for practice, such as some tricky clean up shots.

The placement took into account carers returning to work, something that I didn’t think was possible so would not normally mention when applying for jobs. Film London is such a hands-on team that has helped me in every way possible, from providing me with a friendly and compassionate mentor, to setting up Skype meetings when I couldn’t attend a session. I have been connected with top companies which would not have been possible on my own, and I now have a support group of returners who all help each other find work and share opportunities.”

“With the successful growth of the creative industries, there is a need to attract great talent. There are strong programmes in place to nurture the next generation but this leaves a skills gap in the short term. The Return To Work scheme provides a door to experienced and talented individuals to return to the industry to fill this gap. By taking on the returners, we have been fortunate to have somebody with the maturity and experience of dealing with people of all levels as well as the talent and drive to make an instant difference to the business.”

Julie Parmenter, Managing Director at Molinare during the 2018/2019 scheme

“I worked at my previous company for almost 20 years, in the field of Visual Effects and post production for Film and TV before taking a parental career break in 2013.

Upon joining the scheme, I secured further interviews for a 'Returnship' and was placed at Molinare in the VFX Production department. When my 4 week Returnship came to an end they offered me a contract to work on a part-time basis which was fantastic. Aside from getting a work contract, the whole process of being on this scheme has been incredibly rewarding. Everything has been thought through, from providing valuable advice from your own Mentor, to retraining days and networking events. In addition, it has also been amazing to meet my fellow Returners and share the experience whilst providing each other with support and advice, knowing that we are all in the same boat.

The process has been a great experience and I can't wait to recommend the Return to Work scheme to other people I know who would benefit. Long may it continue!”

“The High-end TV Skills Fund wanted to support those wishing to return after a career break because their experience is too valuable to lose. The pace of technological change in VFX and post-production can create particular problems for parents or carers returning to work, so we are pleased to have been able to offer constructive help for them.”