Rachel Reupke makes stylised and awkward videos about common place activities such as drinking, dating and domestic arrangements. The idea of worry is central to the work, as are the problems of communication. She is currently researching the agency and affect of the complaint letter. Shows and screenings include Art Post-Internet at Ullens Center for Contemporary Art, Beijing; Some Gag Pieces at Museum of Modern Art, Vienna; Assembly: A Survey of Recent Artists' Film and Video in Britain 2008-2013 at Tate Britain and Getting In at South London Gallery. She was awarded a FLAMIN Productions award from Film London in 2011 and the resulting film, Wine & Spirits, was shown at Cell Project Space in London. She recently completed a new performance commission for this year's Whitstable Biennale and is currently on a residency at Wysing Art Centre as part of the Futurecamp events programme.010 Buckley was shortlisted for the Converse/Dazed Emerging Artist Award. 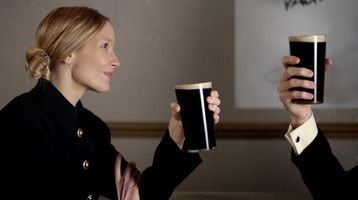