Film London hosted the latest in our series of Film London Labs, and the first of 2020, at We Are Social. Our regular Film London Labs provide insight into the career and creative process of established film artists and industry experts, each taking a specific theme. Previous labs have focused on writing and storytelling, producing your first feature, getting paid, and more.

The Future (of Film) is in Your Phone was a lab with a difference – focusing on the exhibition and creative possibilities of that little rectangular screen in your pocket – your phone. 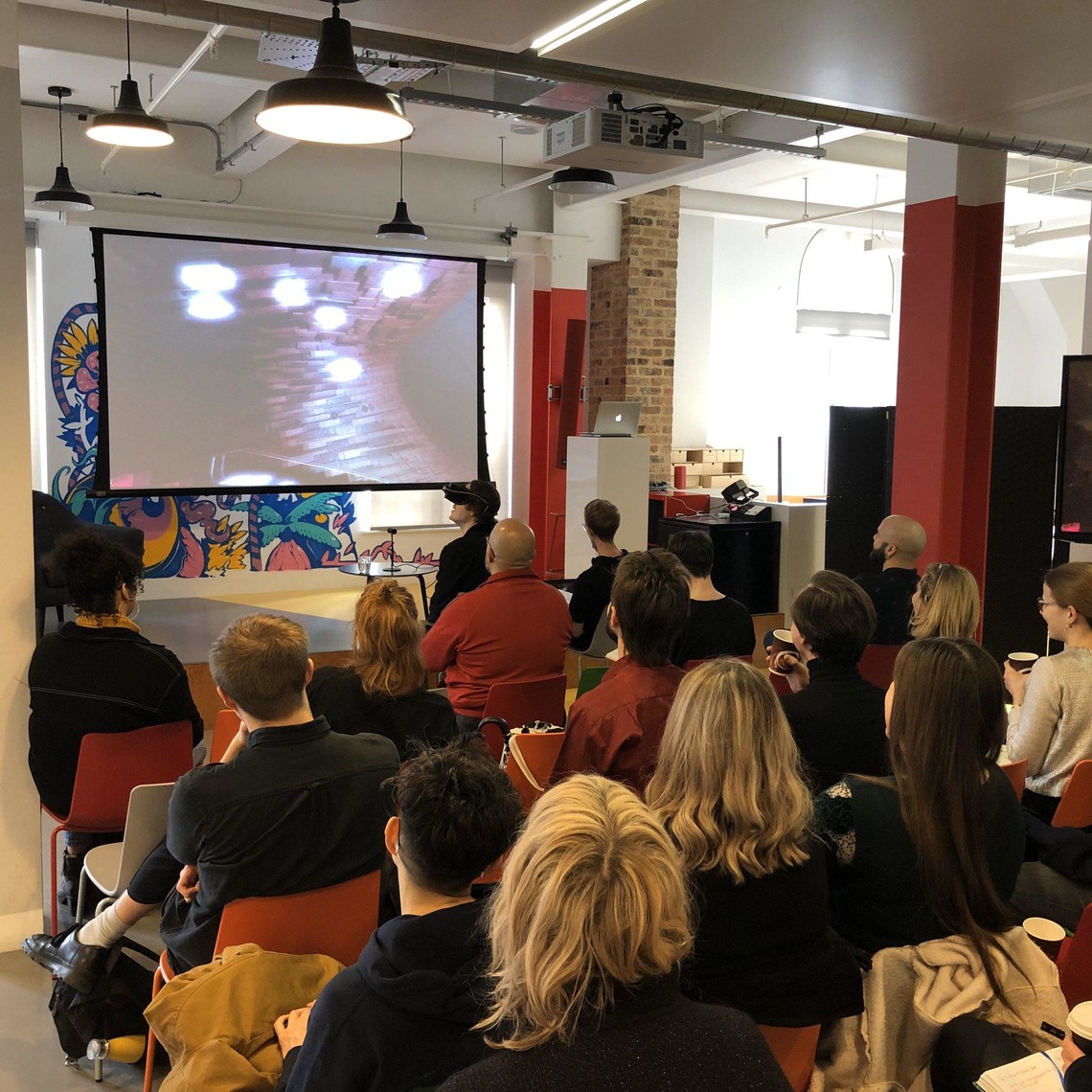 The focus of Charlie’s discussion - State of the Union: ‘Cinema’ in the Digital Age -was on exhibition, and how new forms of presentation can lead to new forms of content, creativity and, above all, engagement. As Charlie puts it, “what people want from new media is something that exists in the flow of your life: not putting you in a box for an hour and a half and forcing you to watch something.”

As well as talking us through recent cinematic developments, from the constantly evolving TikTok to Jeffrey Katzenberg’s new streaming service, Quibi, Charlie also showed some of his own work on the subject, including a video essay on our relationship to TikTok for Sight & Sound, and A Machine for Viewing, an interactive VR piece exploring the relationship between the history of film and new digital cinematic spaces. “All kinds of new screen shapes have sprung into life, including the very one that Sergei Eisenstein predicted: the square. 70 years after his death, Instagram made his prophecy a reality.”

Our second session narrowed in on one aspect of the new digital cinema opportunity – mobile episodic storytelling – with Nihal Tharoor of Electric Noir Studios, the creators of Dead Man’s Phone. Like Charlie, Nihal’s focus is on the new space that cinema occupies in our hyperconnected lives: “There are transformations going on today that cinema simply can’t keep up with. Cinema is incapable of capturing our lives at the pace they play out.”

Nihal, along with Electric Noir co-founder Benedict Tatham, sought to rectify this problem with a fast-paced interactive crime drama that puts the viewer at the centre of the story – somewhere between a game and a police procedural, but not quite either, exactly. “The mobile format of Dead Man’s Phone offers unique narrative possibilities, bringing immediacy and realism other formats could not - you experience the raw spontaneity of life with the characters, even though it is illusory, and the narrative is always controlled.”

It was fascinating to hear their journey, and to speculate where cinema might head next, as narrative and content are wrapped up in boundless new forms of presentation.