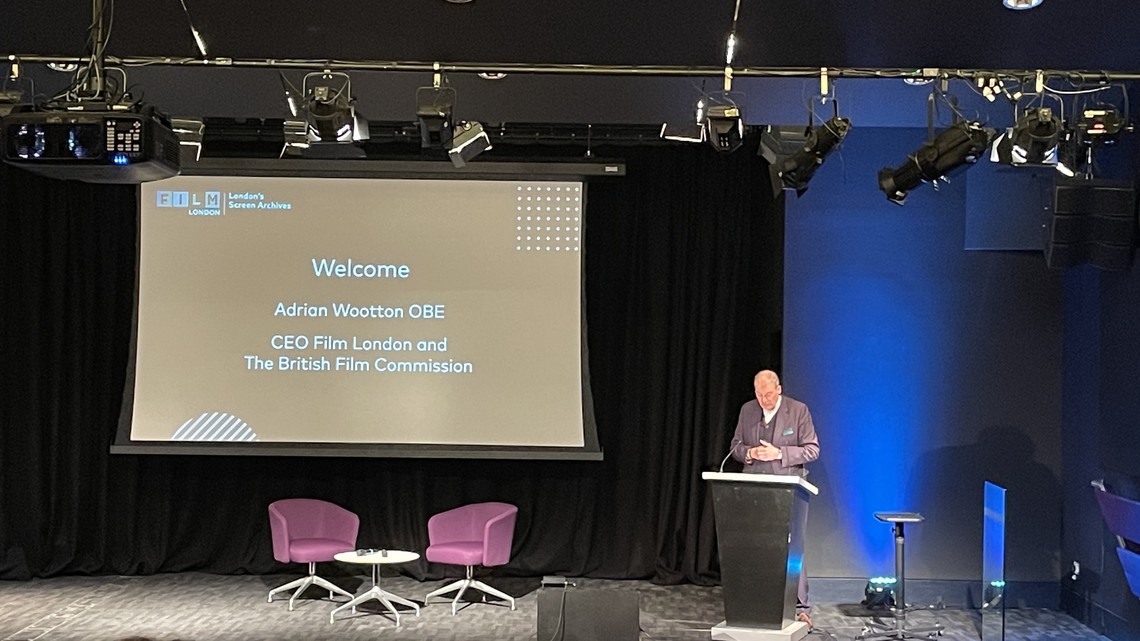 London’s Screen Archives (LSA) held the 2022 edition of the Screen Heritage Conference at the Museum of London earlier this month. The biennial event, last held in March 2020, saw a day of panels, presentations and networking themed around how archive film can reconnect and strengthen communities. Attendees included members of the London’s Screen Archives, archive professionals, and enthusiasts.

The day opened with a welcome from Adrian Wootton OBE, Chief Executive of Film London. In his speech, Adrian noted how the last conference took place on the eve of the first UK lockdown and whilst that brought challenges, it also saw unprecedented digital engagement. Adrian also spoke of the newly-developed LSA membership scheme, including Friend of London’s Screen Archives, a tier that allows one to show support as an individual. Adding to the introduction, Sharon Ament, Director of the Museum of London, said in her speech, how important it was to have events where communities could come together, adding “London likes being together." 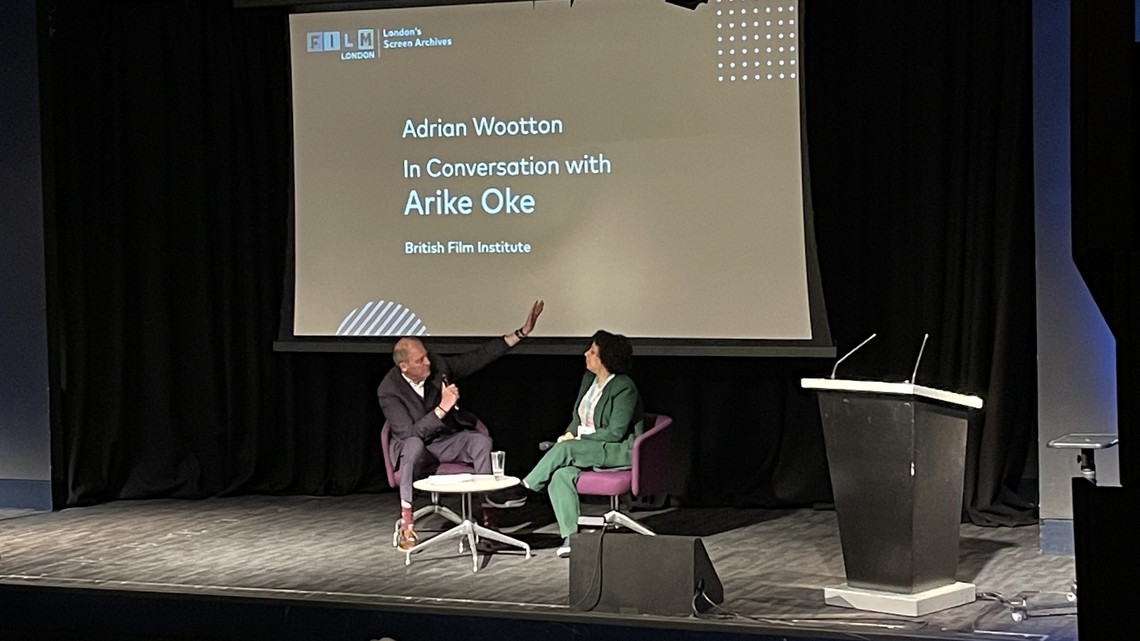 Following the welcoming remarks, Arike Oke, Executive Director of Knowledge and Collections at the British Film Institute (BFI), was in conversation with Adrian Wootton OBE. Arike spoke on how she saw the BFI national collection engaging with communities, saying “the way archive are able to form deep and meaningful connections around the country” meant the future for the BFI collections involved ”collaboration and learning”.

On making archive collections accessible to audiences, Arike pointed out trying to achieve a perfect balance each and every time in this context was not always the best approach and that a more pragmatic outlook was needed - “sometimes preservation is more urgent, sometimes access is more urgent”. 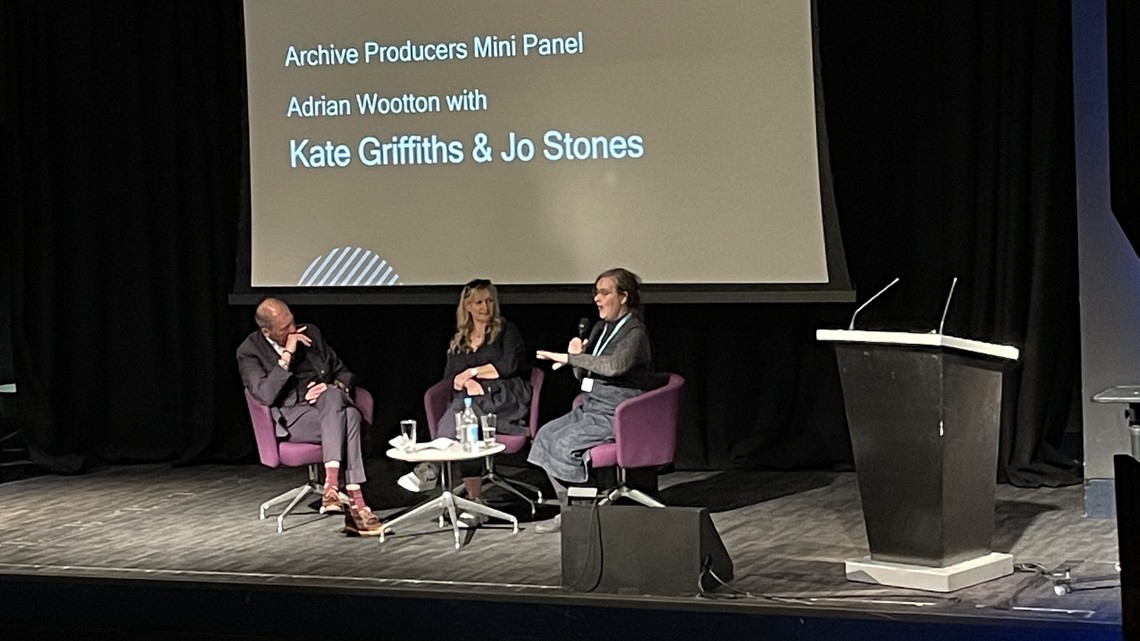 Time and money are the two things you need to do this well.

Next up, the first mini panel of the day brought archive producers Kate Griffiths and Jo Stones together to be interviewed by Adrian Wootton OBE. Following clips from recent projects they had worked on respectively, both producers shared their experiences of working in archive roles, reflecting on how dynamic and creative working with archive footage can be. Both producers agreed an understanding of the medium resulted in a stronger finished product. As Kate opined: “Time and money are the two things you need to do this well."

Kate and Jo also spoke about the need for resilience when tracking down archive film, revealing that it often took perseverance, timing, and managing expectations to achieve breakthrough moments that turned projects around. Both producers also spoke of the importance of young people taking an interest in the medium and how it offered a myriad of dynamic and fulfilling possibilities. 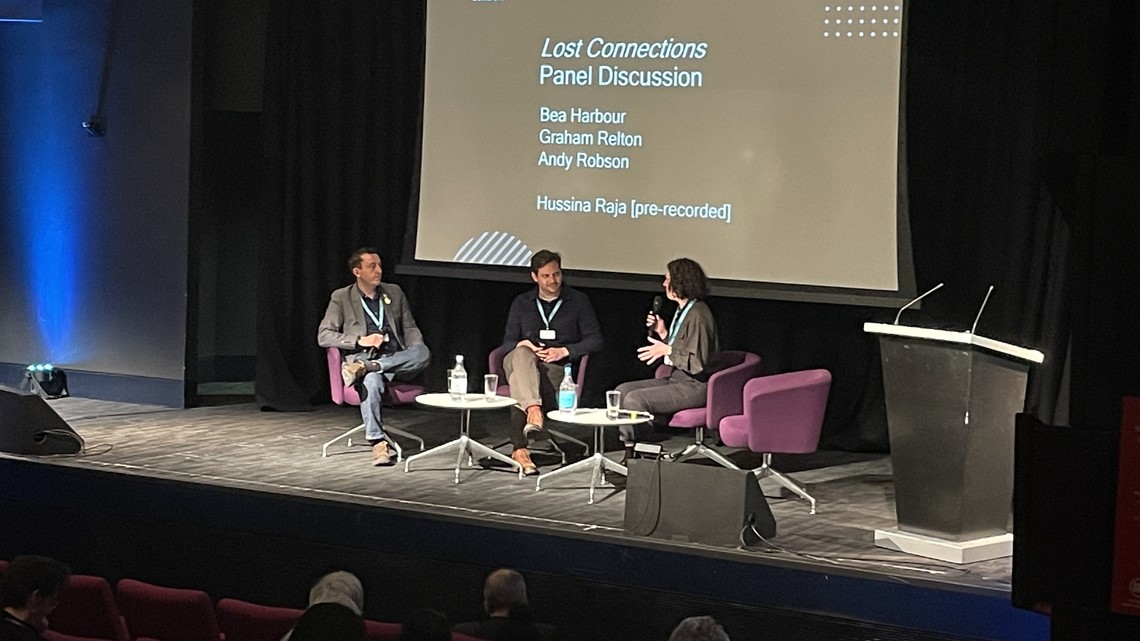 In between the panels, there was a chance for networking, with some attendees meeting in person for the first time since 2020 whilst others took the opportunity to catch up.

The penultimate panel of the day saw a screening of Lost Connections, a short documentary film made up of archive footage. Producers Andy Robson and Graham Relton, Yorkshire Film Archive & North East Film Archive were interviewed by LSA's Beatrice Harbour on how the project came together and the challenges of compiling an archive footage based film during the height of the pandemic.

In a pre-recorded interview that was part of the conversation, Hussina Raja, writer and producer of Lost Connections, spoke on some of the inspirations behind her film (“communities can galvanise movements to get justice”) and remarked on how “there was a perception that archive wasn’t for young people” when in fact, as Graham Relton articulated, having younger people joining archive was key to the industry surviving and thriving. 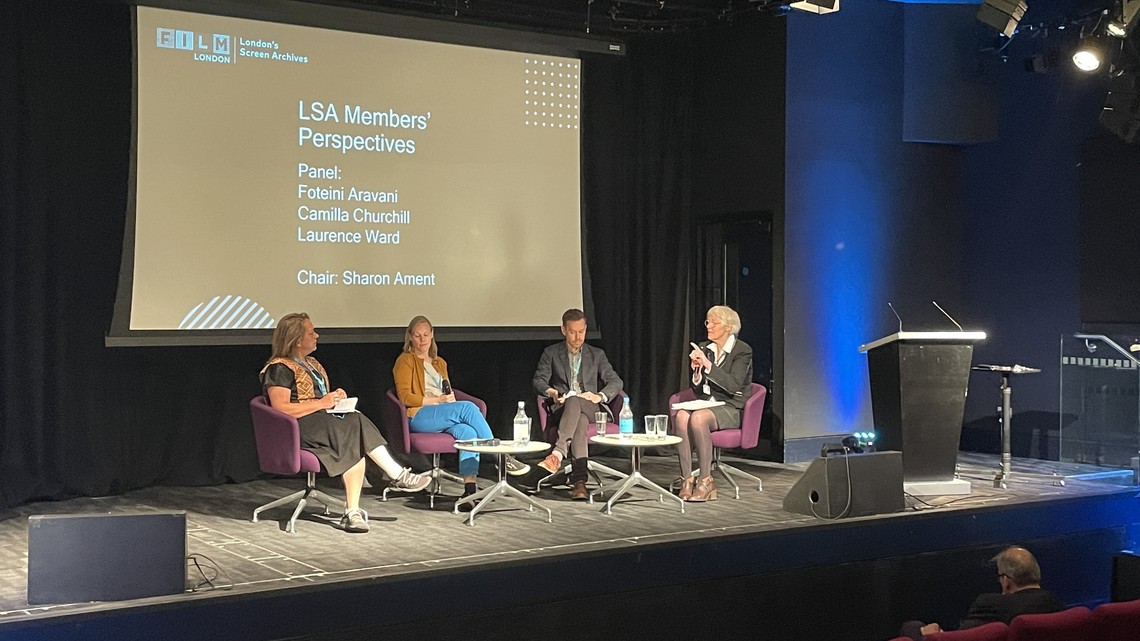 The final panel of the day was chaired by Sharon Ament, and featured Foteini Aravani, Curator at Museum of London, Camilla Churchill, Heritage Manager at Brent Museum and Archives, and Laurence Ward, Head of Digital Services at London Metropolitan Archives. Following a short archive film compilation, the panel spoke on how archive film can bring communities together with Camilla summarising: “it is about going to your communities, not communities coming to you”. 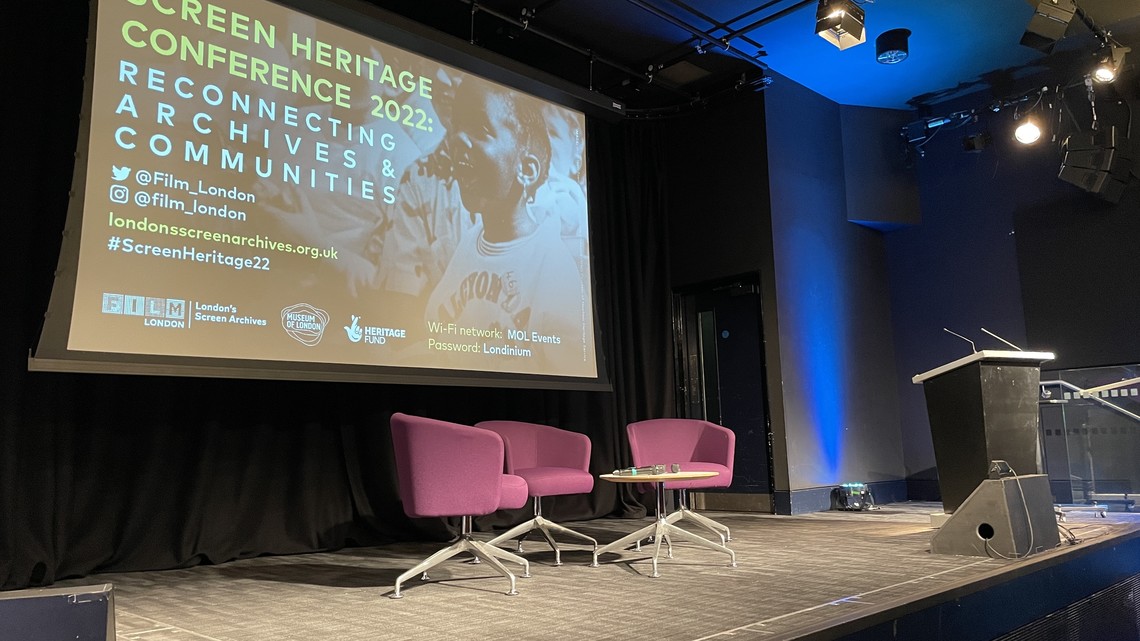 The event concluded with Adrian Wootton OBE thanking contributors and attendees and underlining the power of the archive to bring communities together and inspire creative works.

You can find out more about London's Screen Archives here.