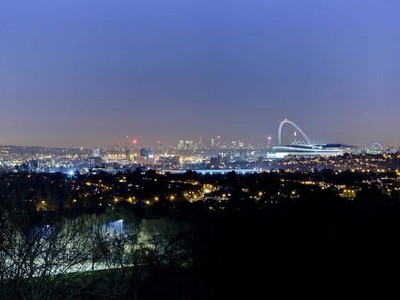 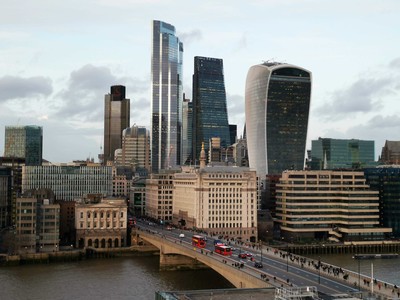 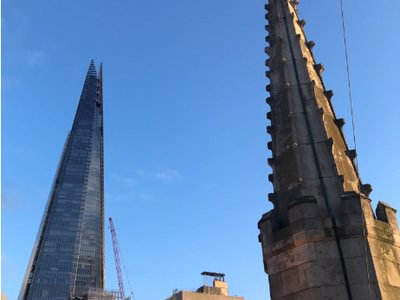 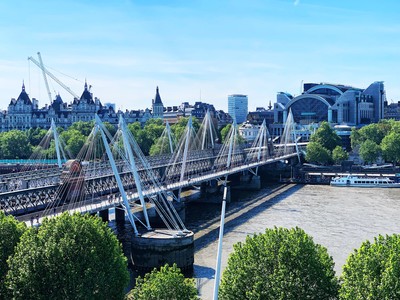 We asked our Premiere Locations to share with us their amazing rooftop spaces, all of which provide a unique, birds eye view of London.

Hidden deep within 300 acres of the Harrow School site sits a dining hall that seats 1,000 with access onto a beautiful rooftop called the Shepherd Churchill Terrace.

Many will know the view but visitors to the Hill are stumped where the amazing pictures could be taken from. Little do they know this secret terrace gives access to the best views in London of Wembley Stadium and the City beyond.

Regularly used for dramatic sunrise time lapses over Wembley Stadium, this space lends itself well to those looking for a peaceful space to enjoy a view of the City, undisturbed by the public.

When not admiring the view, the rooftop terrace could double as a small village green or croquet lawn setting.

If you were to look directly below from the rooftop you will see the most stunning fishing lake and nine hole golf course, rumour has it these were initially designed by Capability Brown.

The National Gallery roof is a complex collection of skylights not accessible to the public, but we allow filming and photography from some of our hidden little balconies, offering exceptional views of London skyline, Trafalgar Square and Whitehall.

Finsbury Barracks is a particularly interesting location, as the building’s façade makes it look like a castle in the middle of London! The roof itself is expansive and offers a brilliant view of the city.

The first rooftop space we would like to highlight is Wellington Arch, on Hyde Park Corner. Wellington Arch is a large Georgian monument that was built as the original entrance to Buckingham Palace, and later became a victory arch celebrating the

Duke of Wellington’s defeat of Napoleon. The Arch has been used for various purposes throughout its history - in the late 1950s, it was even thought to be one of London’s smallest police stations! The Arch has two roof top terrace balconies that offer great vantage points over Hyde Park Corner and the surrounding area: one faces towards Constitution Hill and the back of Buckingham palace, and the other towards Knightsbridge / Hyde Park. If you time your visit right, you can also catch sight of the Household Cavalry passing through the Arch on their way to and from the Changing of the Guard.

The second location we’d like to highlight is Jewel Tower in Westminster. Jewel Tower was built 650 years ago to house royal treasure from the Palace of Westminster, and has a small flat rooftop which is not publically accessible that overlooks one of the entrances to the houses of Parliament. In the past we’ve facilitated small-scale documentary filming from this vantage point.

Filming from Southwark Cathedral’s tower affords a landscape or indeed nightscape taking in all of South East London and beyond and all of the City of London including the views of the River Thames. New Scotland Yard Files filmed from the tower in February. Filming slots from the tower and in other parts of the Cathedral are available to film location managers and production teams throughout the year and is a first landing point for those seeking the archetypal pan shots or filler material of the London skyline. Drones and pigeons can stand down!

At Somerset House our South Wing, West Wing and New Wing roofs are all available for filming. Between the three of them, you will find the perfect shot of the London skyline, with views across the city and River Thames, from the Southbank, the London Eye and Westminster to the East and St. Paul’s Cathedral to the West. Our roofs also make the perfect location for high level shots, stunts and chase scenes. Most notably we recently filmed part of the new series of Amazon Primes’ Jack Ryan.

Boasting stunning views of London, including OXO Tower Wharf, the Shard and the Thames, the Roof Terrace is the perfect space to conclude any meeting, or to film from a unique vantage point or backdrop. The Terrace offers a great deal of space, especially considering its Central London location, and can hold up to 200 people standing.

Southbank Centre has an extraordinary creative and architectural history stretching back to the 1951 Festival of Britain. Here you will find the Royal Festival Hall Roof which has spectacular, unique views across London, from Westminster to The City perfect for capturing sunrise to sunset. Ideal for filming establishing shots, action scenes, views of the river, and more. This spacious area is not open to the general public but can be booked for filming and photography. A film friendly, hidden gem above one of London's most iconic venues.

Famously the former news press for the Daily Mail, Evening Standard and Metro, Printworks London has been repurposed to great effect as a spectacular 119,200 sq. ft industrial warehouse space. Printwork Londons private rooftop is available for filming offering fantastic views of Canary Wharf and The City.