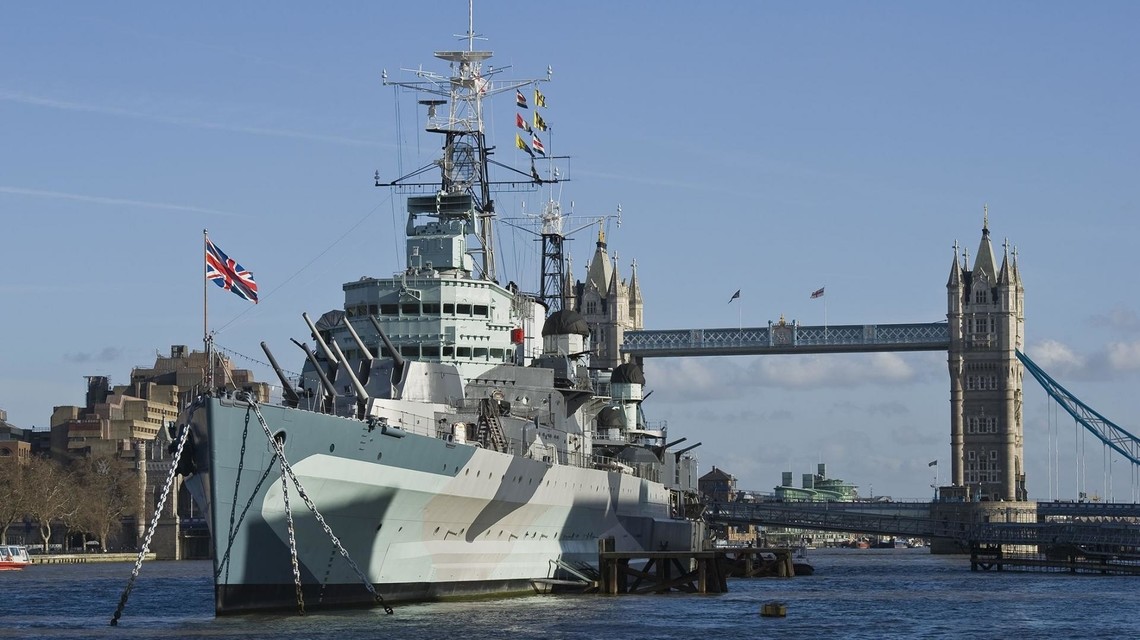 How long did you have Morbius filming with you at HMS Belfast? And can you tell me a little bit about the specific scenes that were shot with you?

Jennifer: “They had a full day load-in followed by a one-day shoot back in May 2019. HMS Belfast was doubling as a container ship for a number of different sequences. The production used the external boat deck, and had actors dressed in combat gear, with really large guns placed all over the super-structure of the ship. They also used one of our galleys (kitchens) to shoot a more intimate scene with actors seated around a table smoking and eating. The main interior 2-Deck corridor was also used for some very exciting chase scenes, which should be particularly atmospheric as they were shot using only torch light.”

Was the ship used for any other particularly notable moments within the film that audiences might recognise?

Jennifer: “I’ve seen both trailers that have been released, and the first trailer features HMS Belfast quite heavily. Although I think you would have to be very familiar with the ship to recognise the scenes that were filmed with us. The production also used a few other locations to double for the container ship, and from what I’ve seen the set dressing between locations gives a seamless sense of one space.”

Ben: “The scenes we shot on the Belfast feature near the beginning of the film, when Morbius first shows off his newfound powers. So I imagine they will be quite dramatic and quite memorable! As Jenni says, the sequence onboard the shipping container was filmed across a couple of locations, and I think you would need a pretty sharp eye to distinguish between them.”

How much set dressing took place at the venue?

Jennifer: “Not a huge amount. They added in some extra details such as covering some of the pipes in yellow Styrofoam, which I recognised straight away in the trailer. They also added some additional signage and fake doorways. They dressed the galley with food, and I distinctly remember an overflowing saucepan of beans!”

Ben: “We covered up a few signs and removed a few items but the beauty of shooting on a real ship was that everything we wanted was already in-situ.”

How much of a difference do you think it makes to the films aesthetic, and sense of authenticity, that a real ship was used, as opposed to a set-build or green screen?

Jennifer: “I always think that it makes a big difference to use a real ship as opposed to dressing a set. Locations used to double as ships can often end up looking more like a warehouse environment to me. Whereas in the shots of HMS Belfast you can see all of the original pipework and industrial details unique to a working ship. You also have get the atmospheric winding corridors that run through the ship that are hard to find anywhere else.

Ben: “Personally, I think it’s great to be able to shoot it for real. It’s getting harder and harder to spot what is green screen and what is in-camera, but I think you’ll be able to see and feel that the scenes on the Belfast are for real.”

Ben, why did you choose to shoot on HMS Belfast specifically?

Ben: “The Production Designer and Daniel Espinosa the Director, were keen to shoot on a real ship, but that can also be a tricky process. So having the Belfast available within central London, and the fact it was aesthetically perfect was a huge plus.” 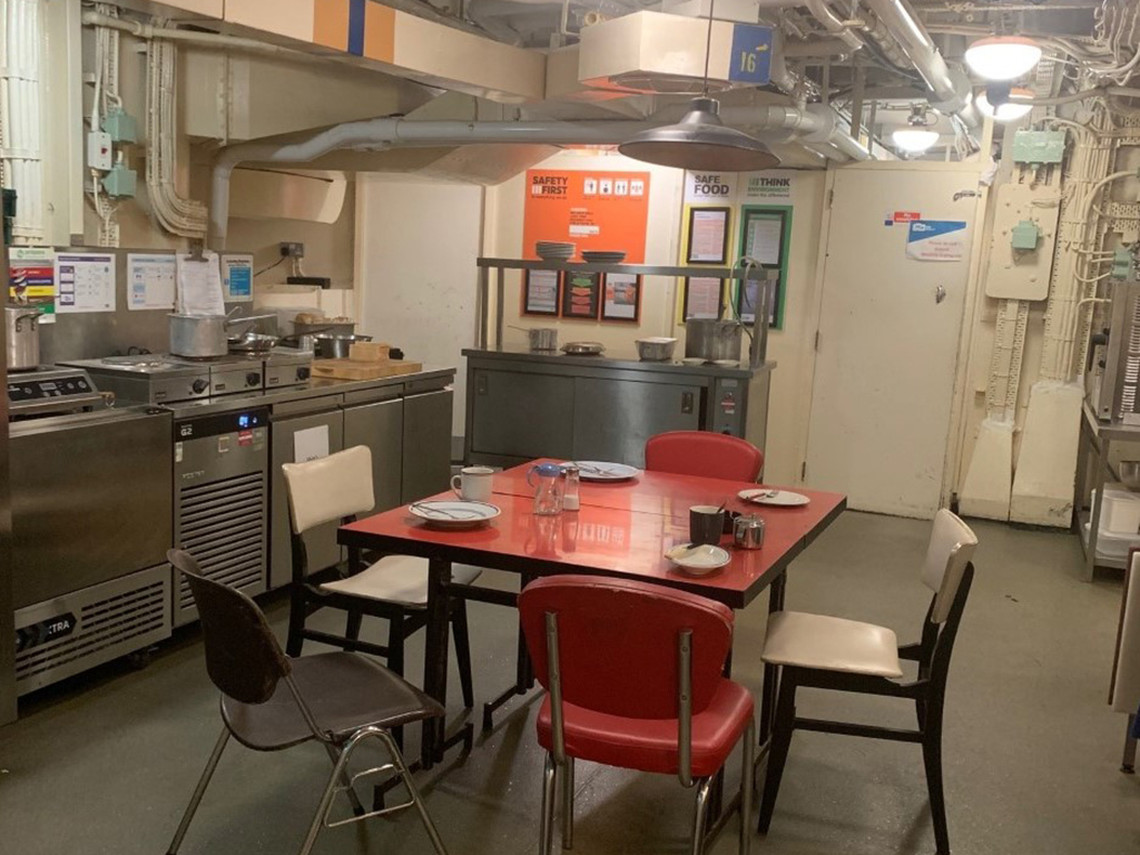 What do you think makes the HMS Belfast such a great filming location for a production of this size and scale?

Jennifer: “I think when Location Managers and Directors step onboard they get a sense of the atmosphere that the ship brings, that is hard to recreate anywhere else. Also we have a lot of space, 9 decks to be exact! And so many amazing locations within the ship itself, such as engine rooms and boiler rooms, that are hard to replicate within a set-build and just don’t really exist in other types of location. Every space within HMS Belfast contains so many unusual details, and that brings something special to any scene filmed with us.”

Ben: “I would say having the space to accommodate a large crew, including all of the ancillary elements such as catering and green rooms, was very useful. We didn’t need to leave the ship for any reason while working on this part of the shoot.”

Ben, could you tell me a little about the location research and recceing process for Morbius as a whole? How many of your locations did you manage to find within London?

Ben: “We actually shot over half the film in London. We went to Manchester to replicate some New York exteriors, and a few locations in the Home Counties, but the vast majority was London based.”

Jennifer, how did you find the shoot from a venue perspective? Were there any particular challenges your team had to ‘problem-solve’ around, or any particular highlights from the experience?

Jennifer: “Overall, it was really positive experience. One slight hiccup, was that the scenes featuring the guns were originally meant to be shot inside the ship, but there was a last minute decision to move the scene above deck. We quickly realised that the actors could be seen with the guns from the shore, so had to put in a last minute call to the Police to let them know that they weren’t real.”

Ben: “The Belfast crew were all really helpful. We managed to do everything we needed to do pretty painlessly. The load in had to be done very early, during a tight window, but their team were great to work with and everything went off without a hitch.” 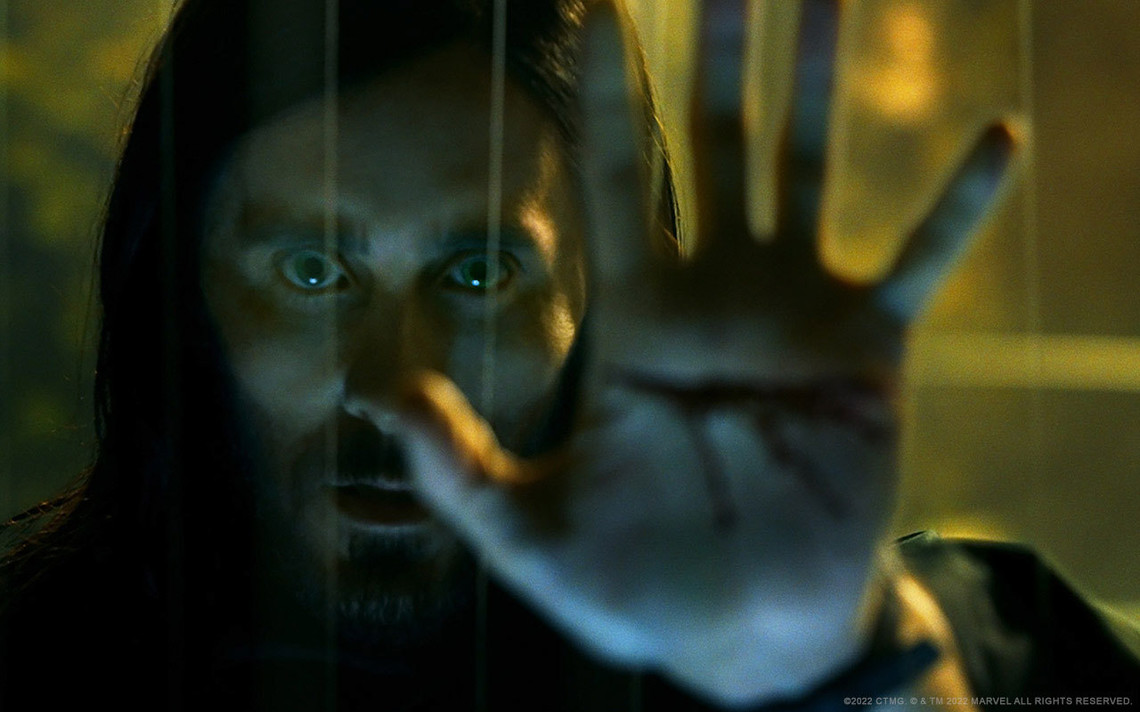 Are there any challenges specific to filming on a ship?

Jennifer: “A few! Getting kit up and down ladders is probably the most challenging thing. Crews have to take it slow, passing cameras and equipment up and down, and there’s always a few bumped head’s but that’s all part of the fun!”

Ben: “Tight corridors and backing down steep staircases can certainly be tricky! No injuries or broken kit that I recall though!”

Ben, does working on a Marvel affiliated production differ at all to working on other projects? Perhaps in relation to the huge fandom attached to the Marvel Cinematic Universe?

Ben: “Marvel films are definitely big beasts, and the tech and unit sizes involved were certainly challenging in some locations. We filmed at Parlour in Kensal Green, which is a great gastro-pub down a tiny little street, but the sheer size of the production slightly overwhelmed the tech parking available, which was tricky. However the wonderfully helpful Kensal Green Cemetery over the road came to our rescue. On the fan front, I can’t say I remember any interaction with Marvel aficionados. Although we’re usually pretty good at keeping what we’re up to under wraps!”

Jennifer, as a venue are you keen to host more feature films of this size in the future?

Jennifer: “Definitely! This year we had a horror film called The Queen Mary film with us for five days, and we also had The Crown season 5 back with us again which was great. We always love having features film on-board!”

Thank you both for sharing a behind the scenes look at Morbius!

Morbius is screening in cinemas now.

You can find further details about filming with Imperial War Museums here.