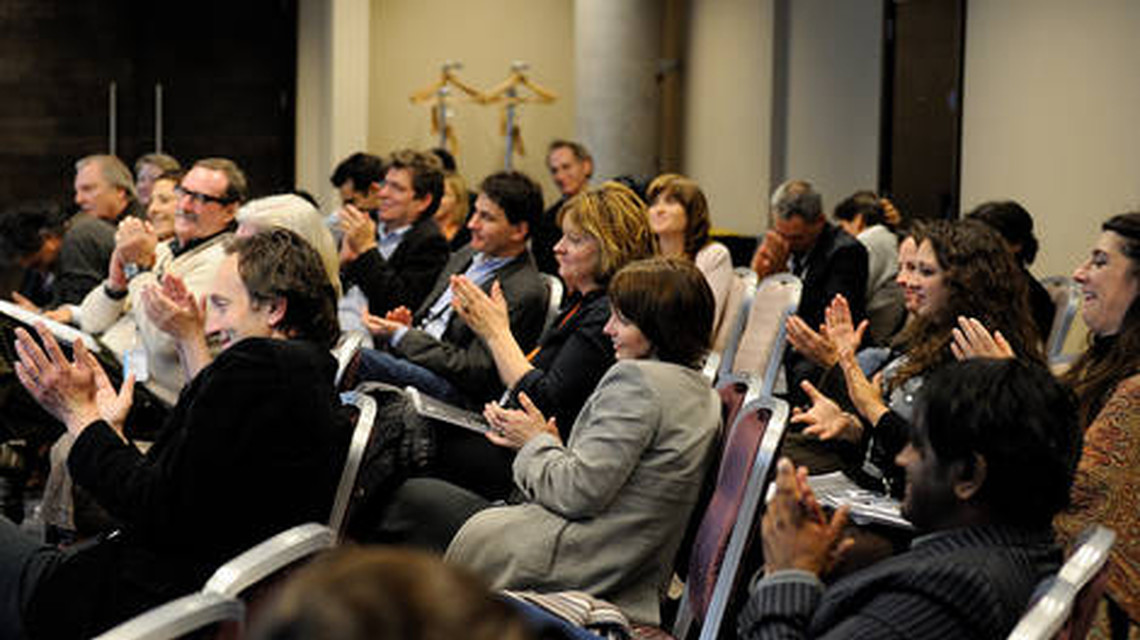 Film London is pleased to announce that award winning screenwriter, producer and director James Schamus will join this year’s Film London Production Finance Market (PFM), which is set to take place from 12 - 13 October.

Golden Globe winner and Oscar nominee James Schamus is both practitioner and academic. He is the former CEO of Focus Features and has collaborated as screenwriter and producer with director Ang Lee on eleven films. Credits include Brokeback Mountain, Crouching Tiger, Hidden Dragon,The Ice Storm and The Assistant to name but a few.

James Schamus said: “What a pleasure to have received this invitation to converse with my colleagues in London this autumn. Who knows what the world will look like then? But whatever lies ahead for the cinema and for cinematic storytellers, we do know that now more than ever we need to stay connected and to share the journey forward together, and the Production Finance Market affords a perfect gathering point to join that march."

Now in its 14th year, this year’s Market takes place in unprecedented circumstances. With the health and safety of speakers and delegates at the forefront of event planning,this year’s event is set to take place online. Film London will adopt practices successfully pioneered earlier this year at their online Games Finance Market and take the opportunity to allow for greater international participation and engagement.

Adrian Wootton OBE, Chief Executive of Film London and the British Film Commission, said: “Year on year the Production Finance Market adapts to answer the demands of the industry. We recognise the scale of hardship and economic challenges faced by producers, and this year it is more important than ever that we continue to foster a collaborative and diverse environment, where filmmakers and financiers can be introduced, build relationships and work towards potential deals. Moving the event online is not only an appropriate response to the complex times and challenging business environment but will also provide an opportunity to allow for greater international participation.

“We are delighted to welcome legendary writer, producer and director James Schamus as our guest of honor for a live interview and Q&A. He is an extraordinarily diverse creative talent working in a multiplicity of roles across independent features, studio blockbusters, TV and online platforms, making his insight into the film business so unique.

“The Production Finance Market is made possible thanks to support from the Mayor of London, BFI and DIT and I’d like to express our gratitude for enabling Film London to deliver the Market during these challenging times.”

The PFM is an annual two-day financing event for film held during the BFI London Film Festival. The market connects filmmakers and financiers from across the globe through 1-2-1 meetings as a way to navigate potential business partners and investment. The main strand accommodates feature film projects with budgets above €1m, while the New Talent Strand targets budgets below €1m. Apply via the PFM page.

The Market is supported by the Mayor of London, the BFI London Film Festival and the Department for International Trade (DIT). Applications for the PFM close on Monday 6thJuly.