Film London alumnus Matt Kay is an award-winning and accomplished Producer/Director, whose most recent documentary Little Miss Sumo has been screened at over 40 film festivals, translated into 30 languages, and picked up by Netflix. We caught up with him to discuss his process as a filmmaker, and what the film industry can do to promote diversity and support underrepresented groups.

Tell us a bit about where you were before Little Miss Sumo? Is this your first major short?

I’ve been making docs for about nine years and have worked with broadcasters, platforms and brands throughout that time. Documentary filmmaking has taken me to favelas, an illegal detention centre in the desert and even a floating village! I’ve been lucky enough to have met many amazing people along the way and filmed in lots of countries. So in that sense Little Miss Sumo wasn’t different but it was my first independent documentary. Other documentaries I’ve known the ‘home’ for the project before making it yet this doc I had no idea, which was both fun and scary!

I wanted to aim high and hoped it would screen at big film festivals and get picked up by a platform afterwards. So it was a step up in ambition, production value and budget terms. It’s the most expensive short I’ve made by far but all the money went towards the filmmaking and not wages. Most shorts you’re not involved in for the money but I’m forever grateful to this crew in particular who all invested so much into the film without demanding the money they deserve.

What inspired you to follow this story in particular? How did you find Hiyori?

I was inspired by the unique situation of female sumo wrestlers. They dedicate their lives to the sport training three hours a day, six days a week only to have to give it up when they graduate because women are banned from professional sumo. I was inspired by their passion for the sport despite being restricted. There are unfortunately many glass ceilings present in the world for women but I haven’t encountered many as overt as in the world of sumo where it is written into the rules that they are forbidden from competing.

I contacted a few sumo clubs and Ritsumeikan was the oldest in Japan and receptive to me filming so I decided to film there. Hiyori was the youngest sumo wrestler at the club, she came from a village in the mountains and had just started university in the big city so I thought this was a particularly formative period for her. She also studied Gender Studies which I thought was really interesting and may influence her perspective on the female ban. 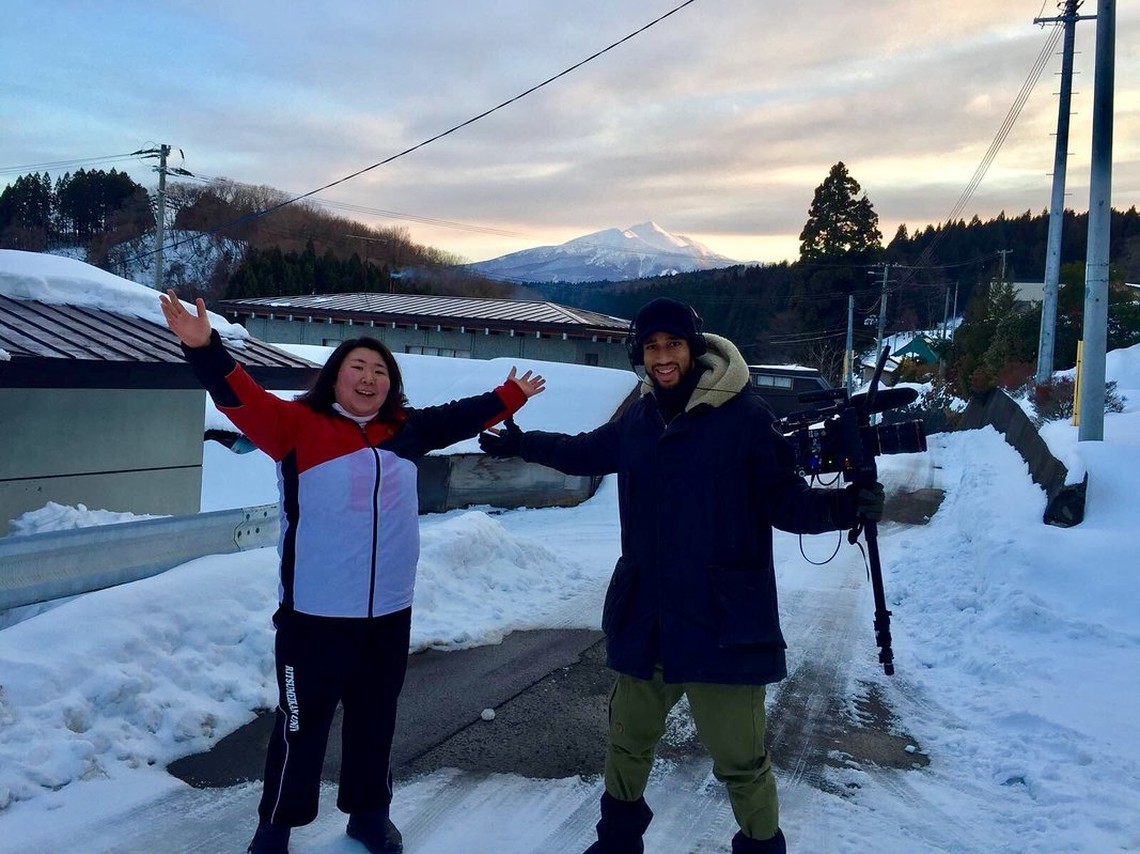 What made you want to work with Film London and BFI NETWORK?

I had seen a few of the shorts Film London have produced and loved them. And then I researched their respective trajectory and aspired for similar pathways for my future projects – screening at A-list film festivals, being acquired by platforms etc. So I thought if it could happen for them it may happen for me!

How did you find the shoot? Do you have any stand-out moments?

I self shot as well as directed Little Miss Sumo and did all the sound and lots of the producing myself. So it was really full on and challenging having to wear several hats, especially with it being all in Japanese where even the body language is completely different let alone the language! The majority of the time it was just me and a local producer who also translated as we ran around lugging all the kit following Hiyori. It meant that it was definitely more intense but that I got to know Hiyori much better and share intimate moments with her that wouldn’t have been possible with a larger crew.

I always care about the contributors that I film with but staying with her family, seeing her highs and lows and hearing about her whole life and motivations meant that by the World Championships I was her number one fan! Sumo matches are always pretty involving but her final bout against the huge Russian, Anna, had lots of twists and turns and so much at stake. I was rooting for her so much, first and foremost as a friend, and I had to actively remind myself to keep the camera steady and film and not just drop everything and cheer her on!

Working with Netflix has been great. They are all really kind and very filmmaker focussed so it’s made things fun and easy. I remember the email signature on their initial message was the generic ‘Sent from my iPhone’ and I was paranoid it was a hoax, so I hurriedly Googled the person to check they were real! I was relieved to find out that they were indeed real and that they loved the film and now it is available worldwide in 30 languages!

We're thrilled to know there's more of Hiyori's story coming with Suwo, your related feature - how is that going and what's Hiyori up to now?

Thanks! It’s been amazing documenting Hiyori’s journey. She has grown to become Japan’s sumo captain, was selected as part of BBC’s top 100 women and on the Forbes 30 Under 30 list. This spring she graduated from university and has become the first woman to get sponsored to do sumo allowing her to work as well as continue wrestling! We’re also following the legislative journey of the sport as another brave woman, Mayor Tomoko Nakagawa tries to change the laws through political avenues. It’s exciting to be capturing history-in-the-making as both these women spearhead change in Japan. 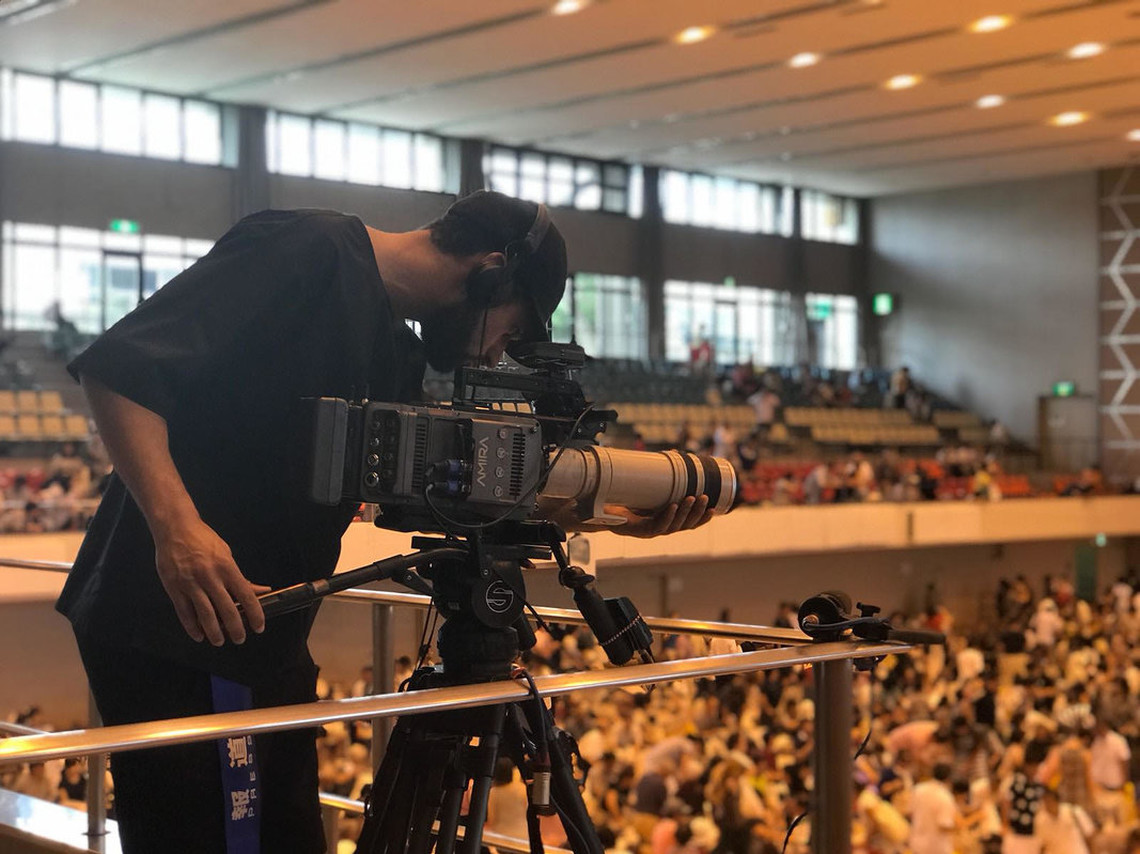 There are always lots of obstacles and challenges and rejections. People may look at Little Miss Sumo and see the successes but for every success there’s at least another 10 failures. So I would encourage everyone to remember it is a long, often thankless journey but to stay hungry and motivated and good things will come...eventually!

We believe that London’s screen industries should represent the city itself. What does this mean to you and how can organisations help to achieve this?

Film London has been a champion of diversity before it was ‘cool’ and that’s reflected in your catalogue of films and filmmakers you support, but unfortunately you are in the small minority. It is great that representation is becoming more at the forefront of people’s minds in general and appears to be getting less ‘tickbox’. In my experience up until recently when people spoke about diversity they were talking solely about gender diversity, which is much needed, but not concentrating on other forms of diversity. Saying that even after the big #MeToo movement we’re still in a position where Hollywood is very male-centric in terms of directors, speaking roles on camera etc and so there hasn’t been lots of change even there.

But it's a complex issue and one that needs lots of reform within all types of diversity from sex to race to ability. With regards to race representation having one or two successful Top Boy’s isn’t enough. We need truly inclusive policy to make sure there is diversity in the boardrooms making decisions as well as behind the cameras shooting the content. This unfortunately still isn’t the case.

Diversity is slowly improving, especially onscreen, but often these are categorised as ‘black’ or ‘urban’. And when it is a black person playing a role that isn’t race specific there’s often outcry like John Boyega faced when cast in Star Wars. Similarly, if you’re black director there’s an expectation to make content solely about these diversity issues so you often forced to make films about black issues as opposed to just films.

We’re definitely heading in the right direction but I still feel that there is a need to pigeonhole content and directors. Representation won’t have succeeded until films and filmmakers can express themselves within an environment where they aren’t regarded as needing to fit into a box. And I feel that currently we are a very long way off from still, especially in documentary.

What advice would you give to people trying to break into the industry, particularly those from underrepresented backgrounds?

My advice would be to have faith in yourself. Your upbringing has equipped you with tools that set you apart from the crowd. For years we have had to assimilate in order to ascend but now we’re finally being recognised for our differences. The strength is in our uniqueness and so my advice would be to use that and your perspective that your life experience has given you to your advantage. Show people why there is a need for your voice. Your contributions matter, it’s hard and tough but is definitely worth fighting for. 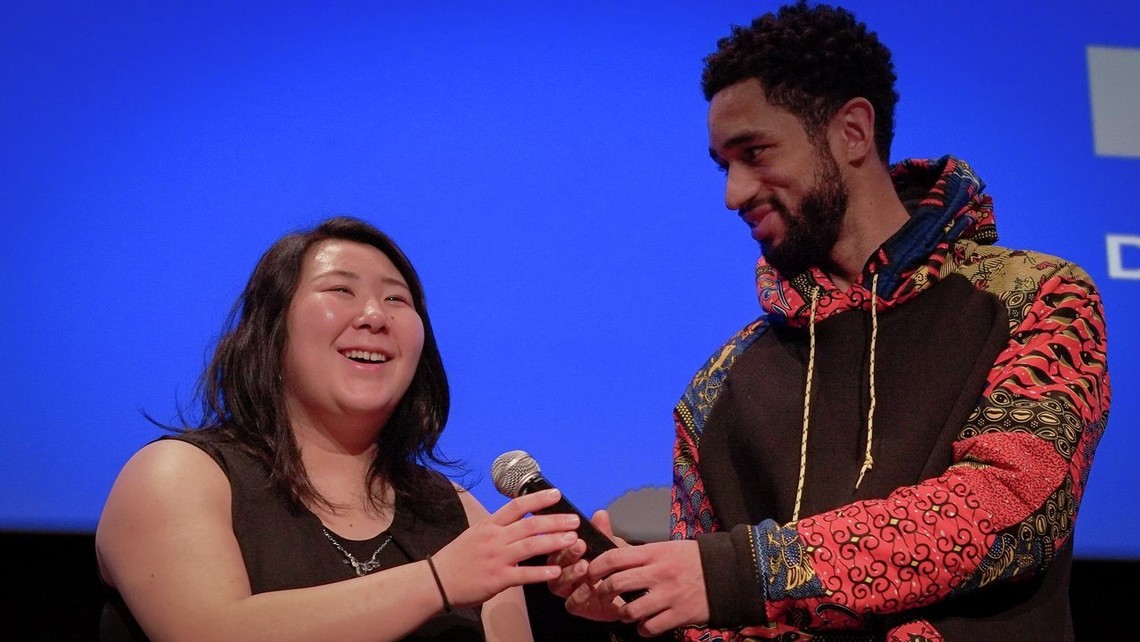 You came to our 2019 Production Finance Market – could you tell us a bit about how you found that experience?

It was a great experience having the opportunity to speak directly to lots of funders. You need to be snappy pitching your project in such a short time and so it is quite a draining process! The preparation part was really useful as well and helped us interrogate our ideas amongst the other projects under the Film London guidance. Some good connections came of it and we are in talks with a couple of people we met from there so fingers crossed things progress!

How can people stay up to date with what you're up to?

I’m on social media as @mattkaymk and they can also follow my production company which is Walks of Life Films. I post most things up on there when I have time!