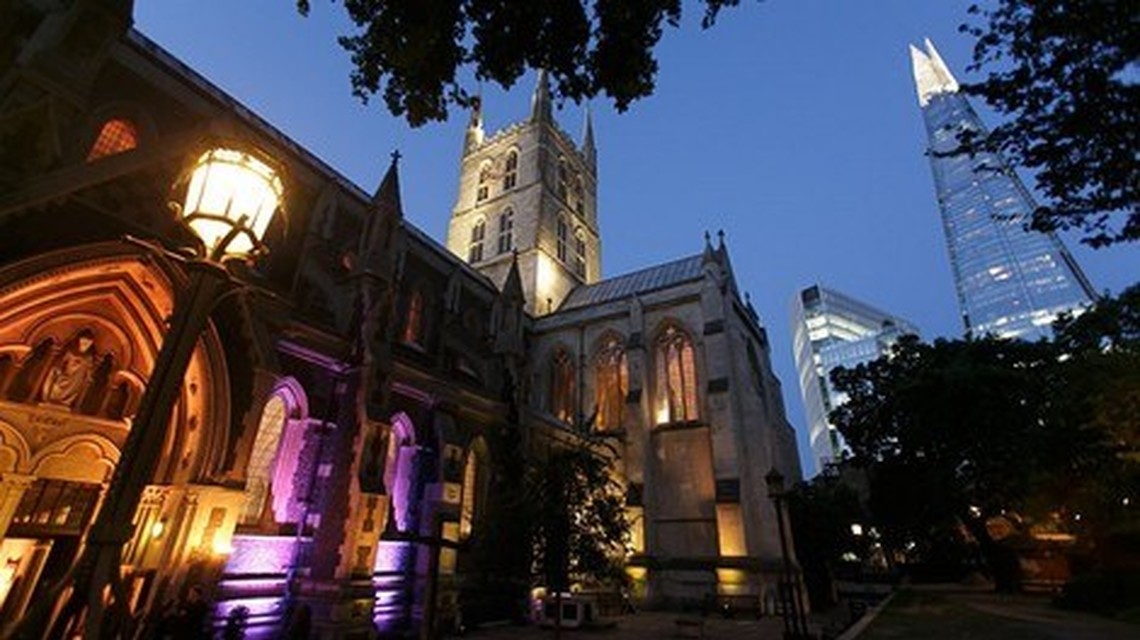 We spoke to Rose Harding, Head of Events at Southwark Cathedral, about her role in helping to facilitate filming at the Cathedral.

What does your role consist of at Southwark Cathedral?

I have an expansive portfolio working in both the conference centre business and the special event business and this includes working with location managers and film and TV crews to secure film location revenue that supports Southwark Cathedral.

A production of My Best Friend’s Wedding for the Asian market. There were linguistic challenges and the incoming team from China were largely unfamiliar with London and with SE1 in particular. Whilst the producer was keen on the Cathedral and plotted that in for the wedding scene, the crew were certainly skittish around where to place the Airstreams for their stars who had flown in to London and were readying themselves to negotiate what they hoped would be a very short walk through the narrow cobbled streets and Borough Market in their Manolos.

The Crown – who wouldn’t want to work with an organisation with such high production values and crews in all disciplines made up of the ‘best of the best’? I am happy to say it was a privilege. It was great to welcome Olivia Colman back to the Cathedral; she was previously here filming a scene from The Night Manager in our beautiful Churchyard, and it was awesome to have her back on set a few years later for The Crown.

What is the most recent feature or TV drama that has filmed at the Southwark Cathedral?

The New Scotland Yard Files. This team were looking for aerial shots from the Cathedral’s tower and it was a great pleasure working with that production team. This is a typical example of a smaller scale shoot. We are very adaptable and can accommodate two hours filming or three days filming and more.

My favourite part is the nave of the Cathedral, the sweeping Gothic arches and of course such architecture is a gift to location managers. We find our partnership with Film London affords us connectedness with the industry and we welcome the opportunity to showcase the rest of the Cathedral site through their channels.

Which parts of the venue is most-favoured by productions?

The nave of the Cathedral is the most-favoured for productions, it is a flexible and adaptable space and art directors particularly like the multitude of options for set dressing.

Is there anything unexpected or surprising about the venue, that people might not be aware?

We have boarded out the roof space above the nave – it is the bit that runs in between the Cathedral below and the roof. A fresh location for film noir and police procedurals.

I’m going for a contemporary title Baby Driver directed by Edgar Wright – rapid-fire script, outstanding soundtrack – the opening titles ‘coffee run’ scene overlaid with Harlem Shuffle followed by Bellbottoms by The Jon Spencer Blues Explosion blasting out over the ‘bank heist and get-away’scene. Check it out!

I’ve asked around and the general consensus is Fiona Shaw so I’m going to take that – thanks guys!