Stephanie Bevan-Moss, Deputy Head of Commercial Events at Somerset House, shared some examples of how the venue works with productions in order to fulfil even the trickier requests.

For a Grade I listed building, we are unusually flexible and always try to find solutions rather than deny a production company of their wishes. There are always creative alternatives that won’t compromise our beautiful heritage site, or the safety of those on set.

For example by using a freestanding set-piece, rather than fixing into our building, like we did when filming Jack Ryan - Season 2 on our roof. We allowed a crane to be placed in our load-in bay, so that the stunt man could be hooked to the crane as opposed to having their harness attached to the actual building. This allowed us to shoot a complex action scene on the roof of our period property, without any potential damage to the building, or the stuntman!

Another example of finding a creative solution to a problem would be the totems in our courtyard: 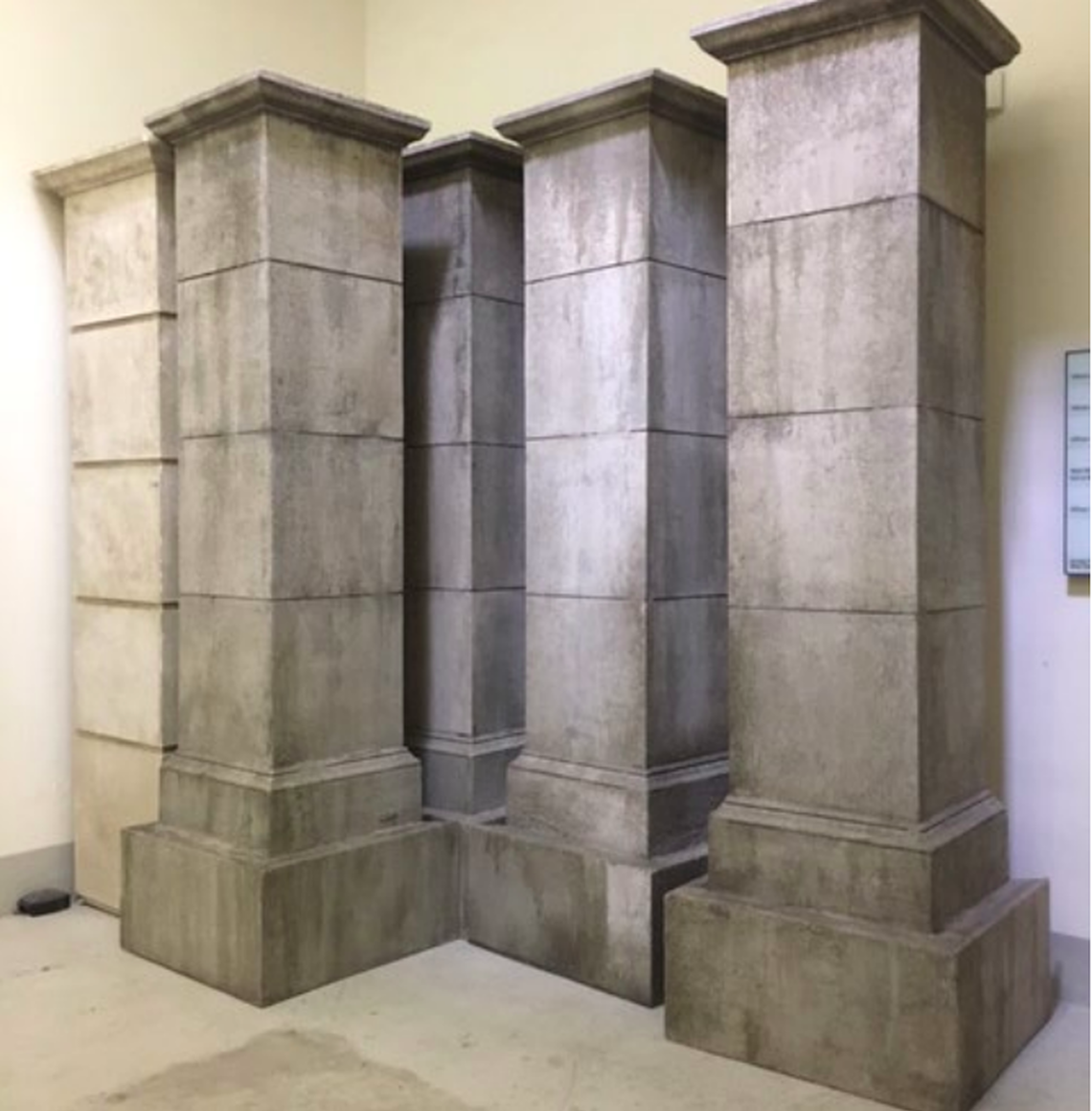 Somerset House has a few totems that are mainly used for directions, and for advertising our exhibitions, and production companies often ask us to remove them. As they are fragile and could easily be damaged during transportation or storage, we have found a solution that means we largely no longer have to move them. We now use bespoke covers, which are designed to look like stone pillars, so that they blend in perfectly with the period backdrop.

They were actually first created by a production company years ago, who instead of spending money on removing them, chose to create these “sleeves” which now belong to us.

Similarly to this, another company has created a foaming matt to cover the fountain heads, allowing a structure to be built on top of the fountain itself. This was done by their creative department, and again, it blends in perfectly with our cobbled floors.

You can find further details of filming with Somerset House here.