Welcoming the likes of cinemas, festivals, art centres, film clubs and more to The Rio, a morning of presentations discussed the innovative initiatives welcoming back audiences to screenings, from making spaces and screenings dementia friendly, to archive compilations and education programmes.

First up, the BFI presented their In-Venue Education Programme, joined by Film Hub South West's Talent Executive Alix Taylor, detailing how the programme was put in place at the Watershed venue in Bristol. Bringing together new and existing regional activity, the In-Venue Education Programme is a way to connect not only connect young filmmakers with opportunities, but also for existing hubs and networks to consolidate and amplify existing resources and activity.

Help connect the dots for young filmmakers and networks. Sign-post to activity already happening whilst also thinking of new ways of working - make the most of the programme's flexibility

Next up was Caroline Wilson from London based film collective and community UNDRLNDN, presenting on how to make venues welcoming to young people and collectives. An open door policy was encouraged, with a clear roadmap of how collectives can get in touch and with you specifically, helping everyone in executing ideas and feeling seen and heard.

Understand the boundaries of young people. Tweak timings to suit the young demographic you have around you and the way you communicate with them. They could be juggling a lot.

Richard Clark from Radiant Circus followed suit, speaking about Wunderkammer Live, a new showcase and networking event for independent and alternative screen culture. Starting out as a blog and passion project, Radiant Circus is now a comprehensive guide to what's on London’s independent and alternative cinema screens, with events that celebrate the shared experience (and new experiences) of cinema.

Richard spoke about tapping into and highlighting the activity and processes beyond the film itself -coined the 'afterlife' of the film such as talks, live performances and zines.

We can enjoy things we might have never encountered or heard of if it wasn't for these creatives, highlighting what is out there and what is wonderful.

Amy Eastwood from The Museum of London and Fred Kawesi of Alzheimer's Society spoke about key aims of the Dementia-Friendly Venues Charter, launched by the Mayor of London to identify barriers and provide practical suggestions to make spaces & screenings more dementia friendly and welcome to all.

Building upon Dementia Friendly London - a partnership between The Mayor of London and Alzheimer's Society - the Charter will help define what "dementia friendly" means and looks like in physical spaces, so allowing for organisation to clearly understand and implement good practice from the get-go. Amy and Fred suggested relaxed screenings and matinees, designated quiet areas, sensory maps and lighting as easy ways to make a big difference and allow everyone to feel included.

Last up, Film Hub North's Andy Robson presented the archive compilation Lost Connections. Combining over 200 works from 12 UK Regional and National Film Archives, the film is a response to the past year and notions loss, intimacy and hope - nicely wrapping up another edition of Exhibitors' Breakfasts.

Find out more about the Exhibitors' Breakfasts and Film Hub London activity. 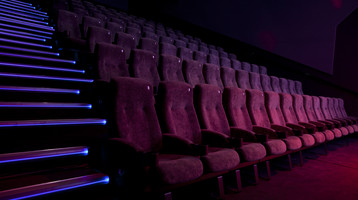 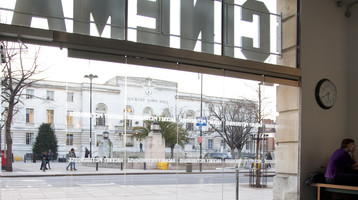 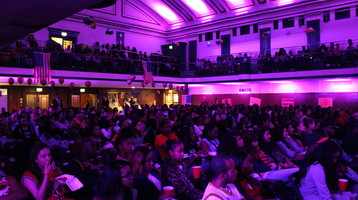