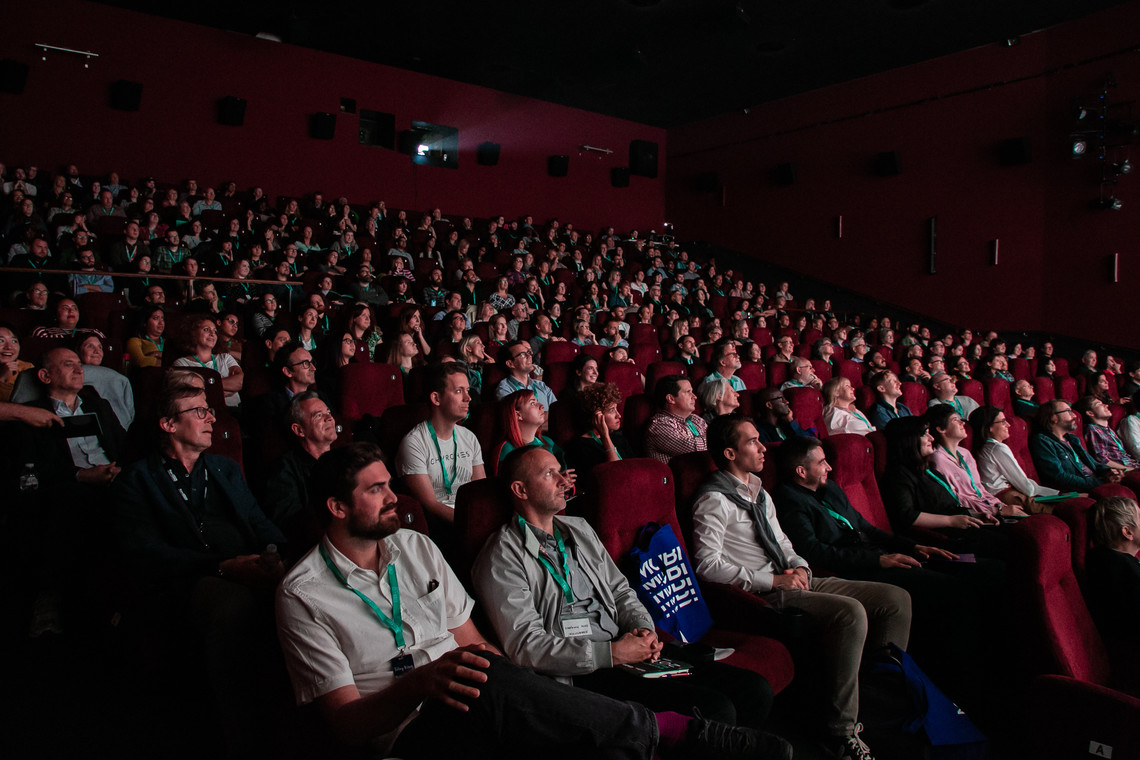 Distributor Slate Days, the UK’s top networking event for film distributors and exhibitors, returns live to Picturehouse Central on Tuesday 14 and Wednesday 15 September for a two-day schedule packed with presentations and 1 to 1 meetings. In addition to the live event there is also an online offer with recorded presentations and digital meeting opportunities.

From the BFI Film Audience Network (FAN) with National Lottery funding, Distributor Slate Days is organised by Film Hub London and Film Hub Scotland and is part of the FAN’s wider membership development programme. The event welcomes distributors and exhibitors from across the UK and creates opportunities for the two industries to forge stronger ties and explore new collaborative opportunities.

Whilst the first day will see distributors present marketing and audience development plans for new titles, the second day will be dedicated to ‘speed dating’ meetings between distributors, exhibitors and specialists. These concise, individual meetings will allow attendees to discuss potential opportunities as well as timely and relevant topics in cinema such as welcoming audiences back to cinemas, diversity, inclusion and access.

Distributors of all sizes will present a selection of features to exhibitors from across the UK ranging from multiplex operators, indie cinemas and local film clubs.

An array of independents are also set to present for the first time including Burning Bridges, Guerilla Films, Sovereign Films and Tull Stories and more.

Attending exhibitors must be part of the BFI Film Audience Network. For more information and to register for the event, please email slatedays@filmlondon.org.uk. Registration for the physical event closes on Monday 6 September at 4pm.

Cinema is still unquestionably the best place for filmgoers to experience the undimmed magic of the movies. A vital part of the film industry’s ecosystem, cinemas contribute significantly to the UK’s culture and economy. So I am thrilled to welcome exhibitors and distributors back to Picturehouse Central, as well as online, for Distributor Slate Days. With even more independent distributors set to attend this year, alongside returning majors, we look forward to what promises to be an exciting and diverse programme. I would like to thank Film Hub Scotland, the BFI Film Audience Network, Picturehouse Cinemas and our generous sponsors for their commitment and enthusiasm toward Distributor Slate Days. I look forward to attending and seeing a wealth of our distribution and exhibition friends in person.

During this challenging time for our sector, it’s wonderful to see FAN members and distributors being able to meet again in London for Slate Days, as well as those joining us online. Slate Days is a unique event in the calendar, as a chance for exhibitors and distributors to meet and bring films to UK cinemas, and to watch trailers on the big screen at Picturehouse Central. Being able to preview the upcoming new releases and restorations on offer for our audiences is always a reminder of the joy of the shared cinema experience.

The event is in partnership with Picturehouse Central and the Film Distributors’ Association (FDA) and kindly supported by comscore, Filmbankmedia, omnex and MPS, and usheru.

Slate Day is part of the BFI Film Audience Network’s UK-wide Member Support and Development programme; a programme of professional development led by Film Hub Scotland. The programme also includes the industry conference This Way Up, professional help through the Advice & Experience Scheme and national training delivered in partnership with the Independent Cinema Office. For more information the MSD programme please visit www.filmhubscotland.com/msd.