Sophie: “We loved working with the Netflix crew and it was wonderful being involved in such a cultural phenomenon. Of course, there were a few interesting requests that we had to problem solve! A large green screen was placed on our north lawns which are protected under a Historic England scheduled agreement. We therefore had to liaise with Historic England throughout the shoot, ensuring we always complied with the agreement in place, and working with the crew to manage the weight of the telehandlers holding the screen.”

Paul: “Queens House is actually situated within a UNESCO World Heritage Site, and in addition to the incredible listed buildings, there are also historical ruins in the grounds of the site, including under the sections of lawn where we needed to place the green screen and scissor lift. Hence the lawns being listed as a Scheduled Monument. Due to the weight of the scissor lifts, we wanted to put trackway on the lawn to protect the area, but these areas had to be checked and surveyed prior to installation, to make sure there was nothing sensitive underneath. Thankfully we were able to establish the areas to avoid and position our green screen and trackway safely.

“It was initially a challenge to adapt to the history of the site, but ultimately through proper planning everything went seamlessly! And it made such a difference to the aesthetics of the show to be able to use a real period location as opposed to using a set-build.” 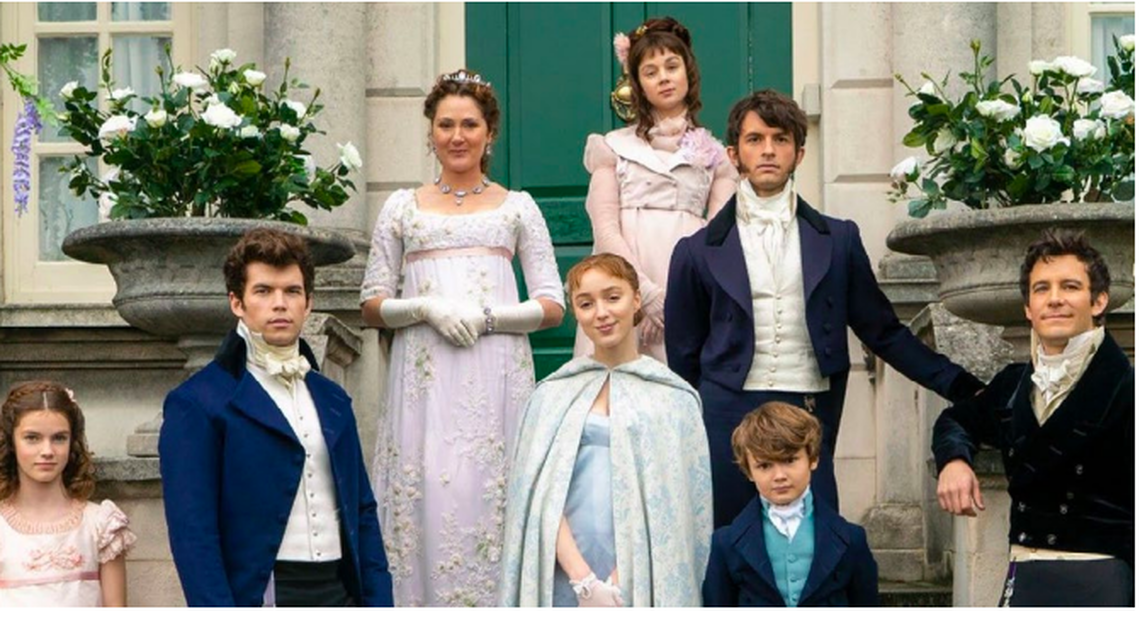 Sophie: “In general, we do not allow animals onsite, but for this shoot we made an exception, and we had to work with several horses who had their temporary stables set up in our staff car park! We even had budgies on set for filming the Mayfair Market scenes, and managing the safe care of the animals onsite was a big priority for us, but of course the crew had it completely under control.

“We also filmed with a drone which we had never done onsite before, and that required a lot of eager planning and risk assessing to ensure the public were kept safe. It was all well worth it though, being ultimately the best shot! When that shot was featured in the trailer, and the Queen’s House looked so amazing, we were all very excited for the launch!”

You can find more details about filming with Royal Museums Greenwich here.