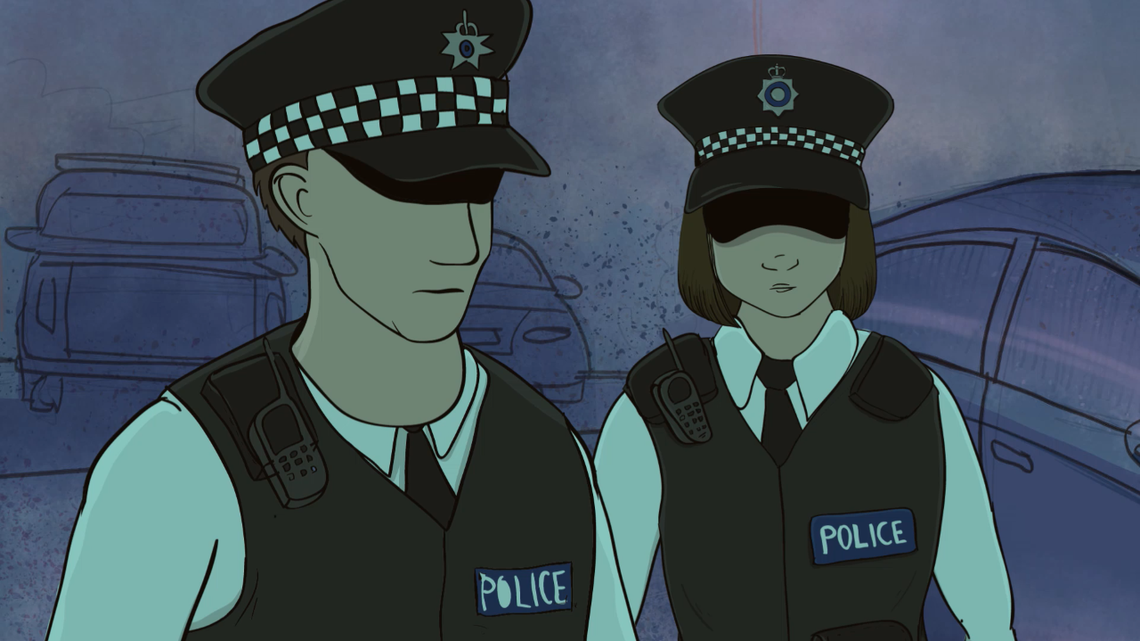 An Official selection at the BFI London Film Festival & Aesthetica, Losing Pace 2019 is an animated thought provoking short written and directed by emerging filmmaker Naomi Soneye-Thomas. Film London recently caught up with Naomi to learn more about her creative process, with some focus on working with animatics.

Follow Naomi Soneye-Thomas (@NaomiThomas91) on Twitter for updates on Losing Pace and its distribution. The film is available to watch as part of our Film Library here.

What was your journey into the film industry like, had you worked with animation prior to making Losing Pace?

I wasn’t sure what I wanted to do growing up, and film wasn’t really an option I was even aware of. I studied Law at university but missed being creative. After uni I took part in lots of short courses, with places like the National Youth Theatre, Soho Theatre and Action on the Side and I started writing scripts shortly after that. I also worked on other people’s films. My first animation was funded by the Roundhouse Film Fund. Myself and a good friend from school, Amena Dede Sackey, co-created an animation called The Integration Game. We then worked together again on Losing Pace, she did all of the character design.

Tell us more about your BFI NETWORK supported short and the inspiration behind it ?

Losing Pace is about the stop and search of Black men in the UK, told through the eyes of a young boy of Nigerian descent called Deji. I started writing Losing Pace around the time that the police in Bristol tasered their own race relations officer. Also lots of the men in my family start getting stopped and searched from their early teens onwards and so I started thinking of the character of Deji and seeing the impact that being stopped repeatedly over years has on people.

Given the serious subject matter, what informed the creative decision to create this story as an animation rather than live action piece ?

Initially I’d been thinking of it as a live action film but I’d also been watching quite a lot of animation at the time, such as Bojack Horseman. The scene where Deji ages whilst the police are searching him made more sense in my head as an animated sequence, and I knew that it was possible to cover serious topics in animation from the shows I’d been watching. I thought it was a good way to have a discussion about the relationship between Black men and the police in the UK without triggering audiences by having lots of live action police brutality scenes.

Why do you feel stories like this are important and what does it mean to you as filmmakers to be able to tell such a culturally relevant story following the rise of the BLM ?

I think the rise of Black Lives Matter has been brewing for many years, and George Floyd’s murder ignited a feeling that was already there for a lot of us. I’ve still not watched the video because I find it too traumatising. I wrote Losing Pace in 2018 because I already had these feelings of frustration at that time. I’d see videos of police brutality but there was never any consequence. And in fact, many people online would say it was the victim’s fault for not listening to the police officer. Making Losing Pace was a way for me to process my thoughts on the issue and also to raise the point that it affects people in the UK too. I think people have often dismissed it as an issue that only affects Americans, but in the wake of George Floyd’s murder I think people have started to interrogate what happens here too. I think film can be an effective way of telling such stories, and it’s important to shine a light on different people’s experiences.

How did you and your producer come together to form a collaborative team for this project? Had you worked with each other prior?

This was the first time myself and Nathan had worked together. I think we originally met through Shooting People, to discuss a different project. It feels like a while ago now so I sometimes forget exactly how it happened! But I’d started putting an application together and then approached Nathan to see if he’d come on board as producer. 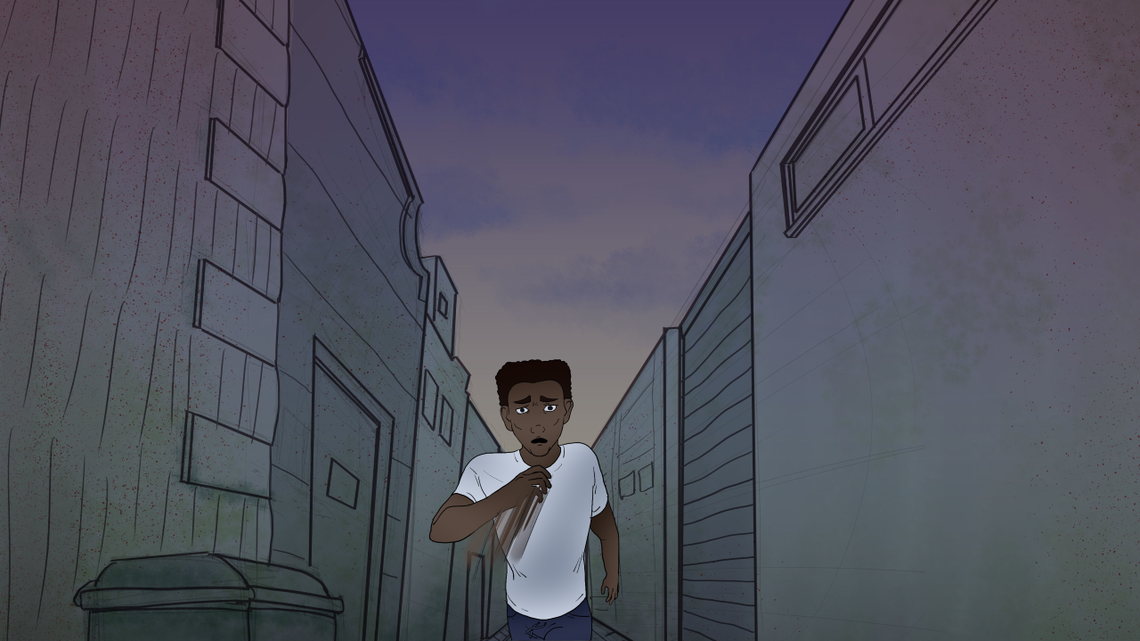 What was the process behind finding and connecting with an animator and how did you come to work with them?

We had four animators on the project: Yearin Lee, CJ Boucher and from Imaginex Studios, Noah Cutwright and Jimmy Taylor. Yearin was recommended to me by an animator who we previously had on board but had since dropped out. I’d worked with CJ before on The Integration Game, but we originally met when I was doing some voice over work on a web series he has. And I connected with Imaginex Studios through Twitter after I put a call out for animators to fill some gaps we had.

What was your creative process, how did you get ready to make the film?

We had lots of script development sessions with Film London which helped to get the script in a much better place from when I applied. We then gathered lots of reference images and created our storyboards before meeting with the animators and background designer to discuss the best approach. I’m not an animator so we had lots of discussions on different techniques to use which helped me to settle on a style that was achievable within the budget. I initially wanted it all to be frame by frame animation, but we agreed to use that for some shots, and then also use character rigging in After Effects for most of it. We worked with three compositors to combine all of these shots and add effects.

Naomi, how did you as a director work with the chosen animator in order to bring your vision to life?

We had already gone through each shot with the original animators and had worked out which style of animation would work best for each of them. I then had a giant spreadsheet with all the shots numbered and worked out which sequences would suit each animator’s style the best. I quite liked the style of an animated short called Weekends. It had water colour style backgrounds with quite simple characters so we used that as a reference throughout too. With the background design, I took pictures of my own house to show some of the objects you might find in a Nigerian household. We also worked with compositors to bring it all together and add some final effects, so hopefully it doesn’t look disjointed in terms of all the different animators and styles we brought together.

What was the storyboarding process like for you, and how long did this process take?

I think we spent a week or so on the Storyboards but it was the first time I was able to see what the film might end up looking like so that was great. We then used them as the basis for an animatic which you can see here. The story ended differently at that point – we ended up changing the shape of the film quite a bit whilst we were making it, which was quite stressful but I’m glad we were able to keep refining it as we went along.

What happened after you made the film — what kind of response did you get from the festival scene and industry?

We had lots of positive responses from people who watched it. So far we’ve screened at LFF, Aesthetica and a new festival in New York called Bedstuy Film Festival. We’re still applying for festivals now so we’ll see how we get on! 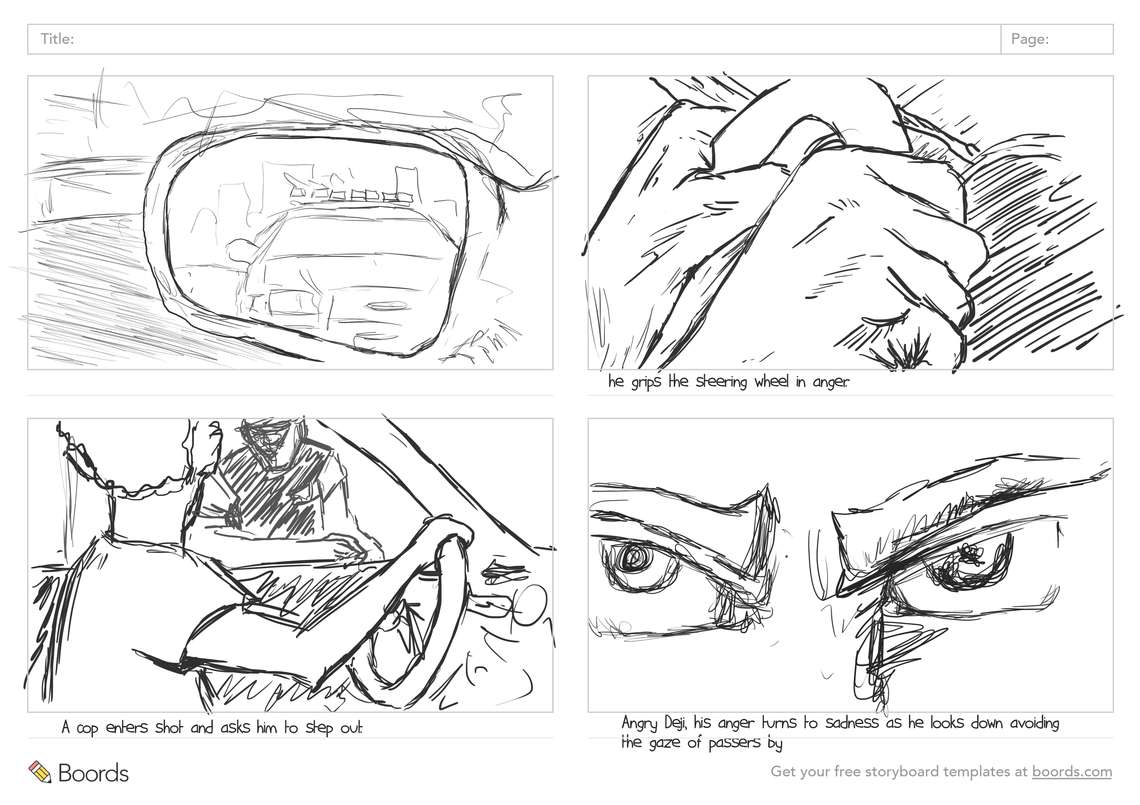 You premiered at LFF 2019, what was that experience like?

LFF was a great experience. It was amazing to watch the film at such iconic venues but I do remember being nervous! As most of the animating work was done remotely, it was also the first time that key members of the team met in person. I remember having to ask our sound designer what he actually looked like to give him his ticket for the screening as everything had been done over the phone (this was a world before Zoom).

As we went through the application process with Film London we met some of the other filmmaking teams who also screened at LFF. We went to lots of the events together and I feel like it really strengthened our relationship. We still check in with each other now and that was one of the highlights for me, along with lots of parties!

What are you currently working on, and how are you navigating the Covid situation and keeping engaged and balanced?

I’ve been focusing more on writing of late. I’ve been doing a scheme with BBC Studios, and am currently writing a shadow script on Casualty. I also started learning to animate myself so that’s been interesting, but during the first lockdown I found it really hard to think creatively. Now that I’ve had some time to process what’s going on in the world, I’ve started to find my creative energy again. And also just doing basic things like making sure I go outside every day.

What advice would you give to filmmakers embarking on making their animated short film right now?

It feels like there’s a lot of opportunities in animation now as it can continue during lockdown. Lots of ideas that would previously have been live action are now being realised through animation. I think we have a lot of tools that have made remote working easier now, you can build networks online so, go for it! However, if it’s all getting a bit overwhelming, I also think that it’s okay to take things a bit slower than usual. Everybody’s in different situations at the moment. Some people will enter 2021 with lots of new short films and ideas, and others might be drawing a creative blank. I think that during times like this we need to not put too much pressure on ourselves.

When and where is Losing Pace be available to watch?

It’s available to watch on Vimeo in our Film Library. 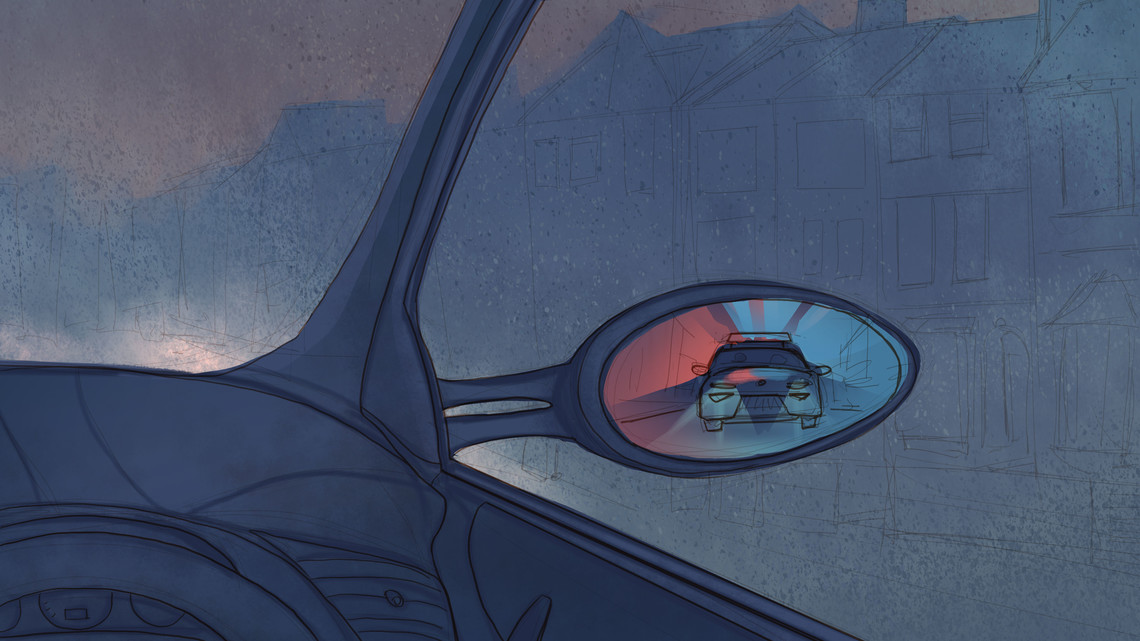 You can learn more about the BFI NETWORK and the opportunities they provide for young filmmakers and production teams here. To hear about the latest opportunities first, sign up to our newsletter or follow us on Twitter.