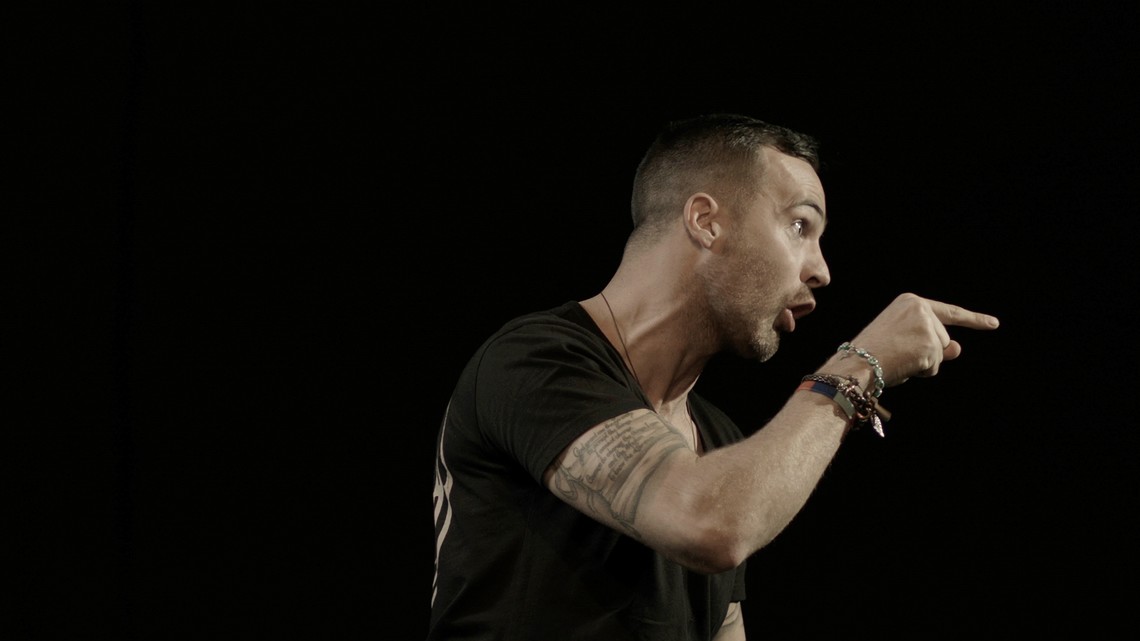 Henry Coombes' films have been screened at film festivals internationally, his debut feature film 'Seat in Shadow' was premiered at this years Edinburgh International Film Festival, where it was nominated for the 'Michael Powell Award'. Coombes was one of six artists chosen to represent Scotland at the 52nd Venice Biennale (2007). He has had solo exhibition career has included 'Solo Presentation', Kunsthal Kade, Amersfort (2009); Hammer Museum , Los Angeles (2008). Coombes's film , 'I am The Architect' was exhibited as part of The 19th Biennale of Sydney 2014, the film was selected for Chanjiang Photography and Video Biennale 2015, where it received Audience Award. In 2014 his Scottish Bafta nominated film 'The Bedfords', was exhibited as part of, 'Generation', 25 years of Contemporary Art in Scotland, Scottish Gallery of Modern Art.

Graduated in Media Arts at University of Westminster, Juan delGado lives and works in London since 1994. He works across a range of media including installation, moving image and photography and has produced an extensive body of work that explores themes of trauma, landscape, disability, displacement and gender.

Esther Johnson (MA Royal College of Art) is an artist and filmmaker working at the intersection of artist moving image and documentary. Her poetic portraits focus on marginal worlds, to reveal resonant stories that may otherwise remain hidden or ignored. Recurring themes include personal histories, heritage, tradition, folklore, regeneration, and exploration of architectural vernaculars and the inhabited environment. Her film works have exhibited in 40 countries and have been shown on BBC and Channel 4. Her audio works have been broadcast on ABC Australia, BBC Radio 4, Resonance FM and RTÉ radio. In 2012 she won the Philip Leverhulme Prize in Performing and Visual Arts for young scholars.

Melanie Manchot is a London based artist and filmmaker. Her projects employ performative and participatory strategies to explore specific sites, public spaces or particular communities in order to locate notions of individual and collective identities. The mutability of subjectivity as well as the agency of the camera in creating a set of relations are key interests within Manchot's on-going enquiry into personhood and its representations.

Manchot received her MA in Fine Art Photography from the Royal College of Art in 1992.

Alia Syed was born in 1964 in Swansea, Wales and lives between London and Glasgow. She has been making experimental films for over 25 years. Recent works combine her interest in storytelling with a compelling presentation of history as a visual narrative. Her unique approach sutures different subjective positions in relation to culture, diaspora, and locations.