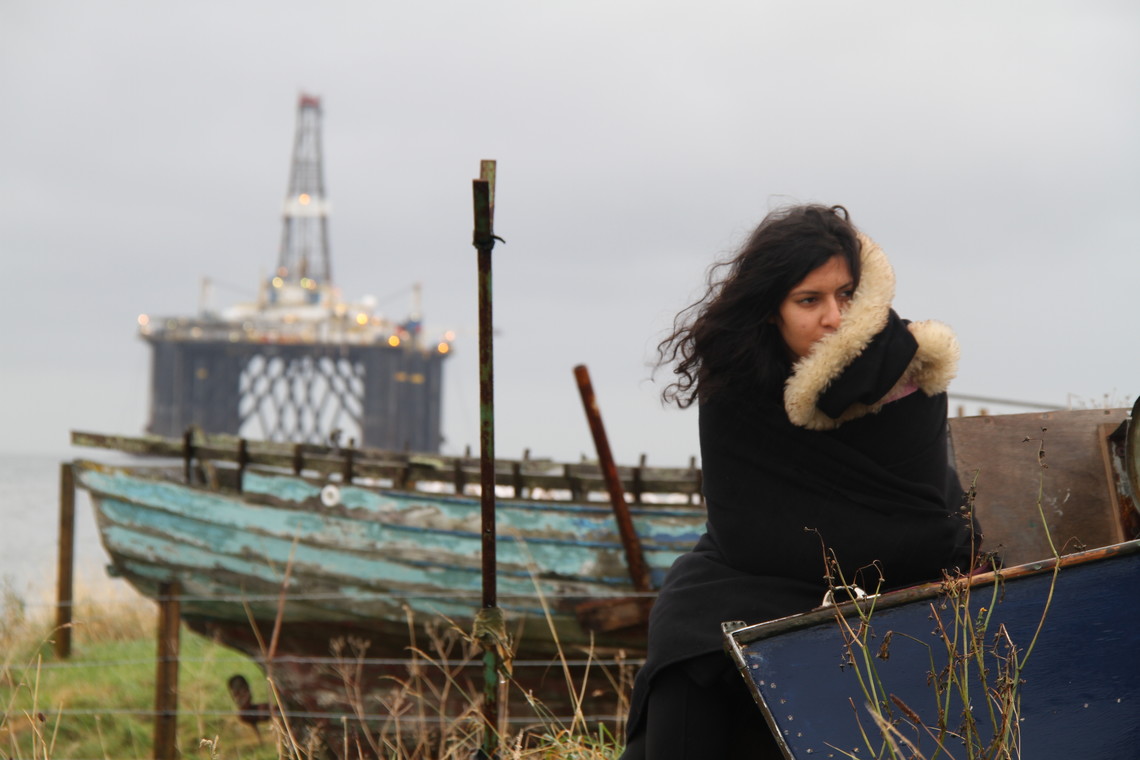 Manu Luksch, Michelle Williams Gamaker, Redmond Entwistle and Susanna Wallin were selected for the intensive 10-month programme in 2015, and received a package of bespoke training.

Redmond Entwistle's (London, 1977) films strive to think recent history, its places and social issues; replaying, rebuilding and reproducing materials into an abstract and archetypal reality. His last film Walk-Through was the focus of solo exhibitions at Cubitt Gallery, Tramway Gallery and International Project Space. His previous film Monuments premiered in Rotterdam Film Festival's Tigers Shorts Competition in 2010, and his medium length film and sound work Paterson - Lodz won Best International Film at Images Festival in 2008. In 2013, spotlights on his work were shown at Hors Pistes (Centre Pompidou) and BAFICI (Buenos Aires Independent Film Festival), and included in Assembly, a survey of UK artists' film at Tate Britain. In 2014 he was nominated for the Jarman Award, and an exhibition of his films was presented at MIT List Visual Arts Center in January 2015. He is currently working on his first feature Decoys (Lockvögel) and developing a second The Northern Trades.

Susanna was born in Lund, Sweden. She studied film at the University of the Arts, London, and continued with an MA at Goldsmiths University in London. Her work often lends from fact and fiction at once, merging real scenarios with invented ones in new impressionistic narratives on screen. She has been the recipient of a number of commissions and awards, including the London Artists Film and Video Award, Pure Fiction, Sweden, commissions from UK Film Council, Channel 4, SVT, Arts Council England, Independent Photography, Arte and The British Film Institute. In 2015, she received a development grant from the Swedish Film Institute, for a feature set in Sweden. She is also currently developing the feature film, A Ship to Sing a Song To, through Film London's pilot programme, New Approaches, set in the USA. Susanna lives and works between London, UK and Lund, Sweden.

Manu Luksch is an artist and filmmaker who interrogates conceptions of progress and scrutinises the effects of network technologies on social relations, urban space, and political structures. Her installation and procedural works often involve novel processes, like urban planning led by children, or a kayak taxi service along urban canals, which doubles as a research vehicle into the future of transport. Her widely acclaimed speculative fiction film Faceless (2002-07), compiled from CCTV footage recovered under the UK's Data Protection Act, was voiced by Tilda Swinton, and translated into nine languages. It is included in the Collection Centre Georges Pompidou and on the Chris Marker website Gorgomancy. Her latest film, Dreams Rewired (Luksch/Reinhart/Tode 2015), traces the desires and anxieties of today's hypere-connected world back more than a hundred years, when telephone, film and television were new. Using rare, and often unseen archival material from nearly 200 films to articulate the present, Dreams Rewired reveals a history of hopes to share, and betrayals to avoid.

Michelle Williams Gamaker (1979) is an artist integrating performance and film to focus on the experience of individuals who either by their own will or not have been exiled or pushed to the fringes of society. For over 10 years, together with Mieke Bal (Cinema Suitcase) Williams Gamaker completed several films and installations exploring migratory aesthetics, mental health, and the emotional complexities of capitalism and gender ideology.

Her works weave documentary, fiction and video installations, including The Fruit to be Eaten, a post-colonial, post-romantic exploration of British directors Powell & Pressburger's female characters from Black Narcissus (1947). Her feature film Violet Culbo is in development with Film London (FLAMIN).