Derek Jarman (1942-1994) was a legendary English artist and filmmaker, best known for his avant-garde art films and also renowned as a set designer, gardener, author and gay rights activist.

Script-driven narrative was not for him: instead he favoured an organic painterly approach, creating vibrant montages of images and ideas. He started out in set design, working on films including 'The Devils', directed by Ken Russell, then moved onto experimental super 8 mm film shorts, a medium he continued working with for many years.

In 1976 he made his first feature film, the blissfully homoerotic Sebastiane. This was followed by the irreverent Jubilee (1977), one of the first and only punk films, firmly establishing Jarman as an underground hero. An unconventional and controversial adaptation of The Tempest in 1979 cemented this reputation. Jarman’s best known and most accessible work is 1986’s Caravaggio, a fictionalised account of the life of the Baroque artist, and the first time Jarman worked with Tilda Swinton.

Jarman couldn't help but react to the society he was living in, the country that was becoming Thatcher's Britain. His answer to the iron lady was to produce iconoclastic art - art that looked at history but was located in the here and now.

Alongside his feature films he worked with key musicians and artists of the day, including The Smiths, Bryan Ferry, The Sex Pistols, punk band Throbbing Gristle, The Pet Shop Boys, Suede and dancer Michael Clark, producing music videos and film installations for live shows.

Jarman was diagnosed with AIDS in 1986. Faced with impending blindness and his own inevitable death, Jarman produced perhaps his strongest work, Blue (1993), in which a lush and vivid landscape is conjured up with just one visual component – Yves Klein blue and a beautifully judged narration.

From 1986 up until his death in 1994, Jarman made his home on the shingle beaches of Dungeness, Kent. Prospect Cottage, his iconic house and garden, can be visited today thanks to the Save Prospect Cottage campaign, which saw Art Fund and Creative Folkestone rescue the property from private sale in 2020.

To launch the inaugural year of the Jarman Award in 2008, Film London and More4 invested in Derek, a feature length documentary directed by Isaac Julien and narrated by Tilda Swinton. Derek was shortlisted for international competition at Sundance Film Festival 2008 and selected for the Berlin Film Festival 2008. 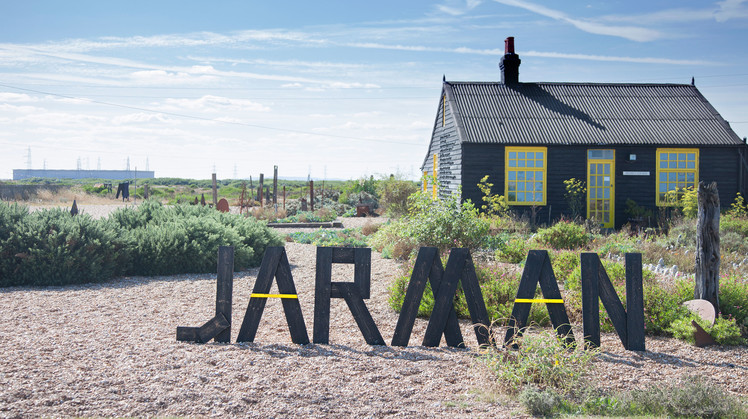 Established in 2008, the Jarman Award recognises and supports artists working with moving image and celebrates the spirit of experimentation, imagination and innovation in the work of emerging artist filmmakers.

Video: The Jarman Award in Context