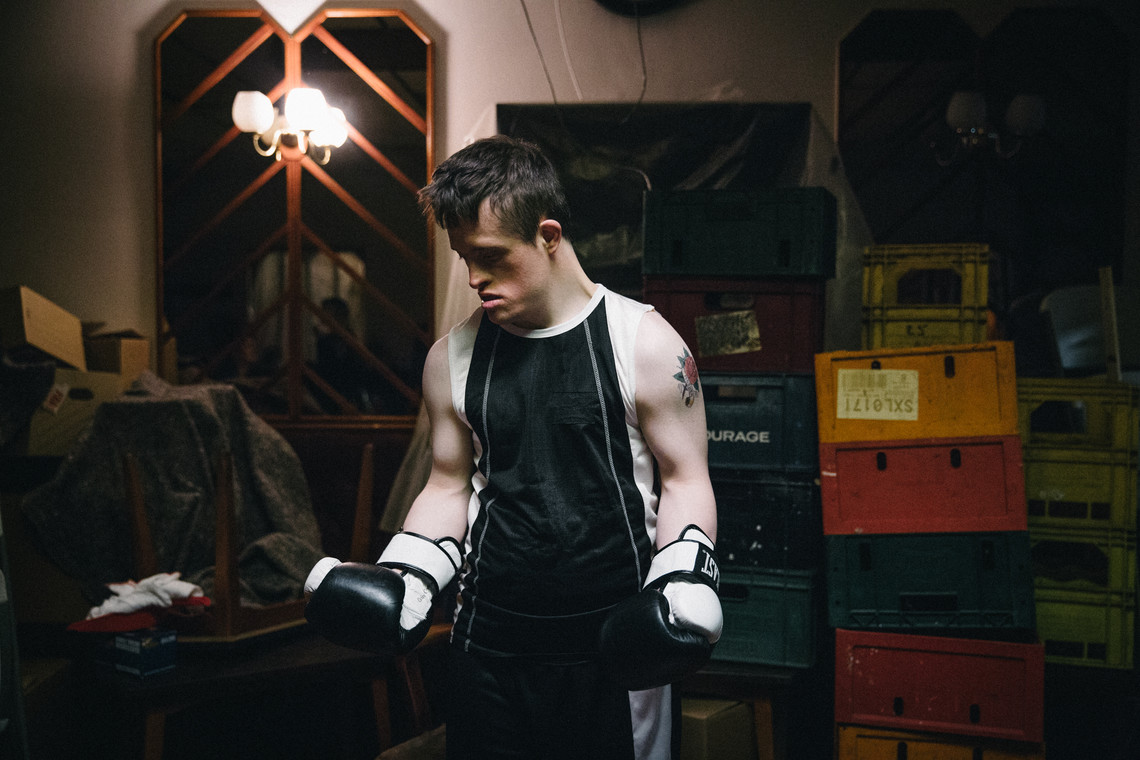 In the tense moments before the biggest fight of his life, a teenage boxer with Down's Syndrome fights for his right to get into the ring.

Fighter’ promises something different in the sweat-stained boxing genre.