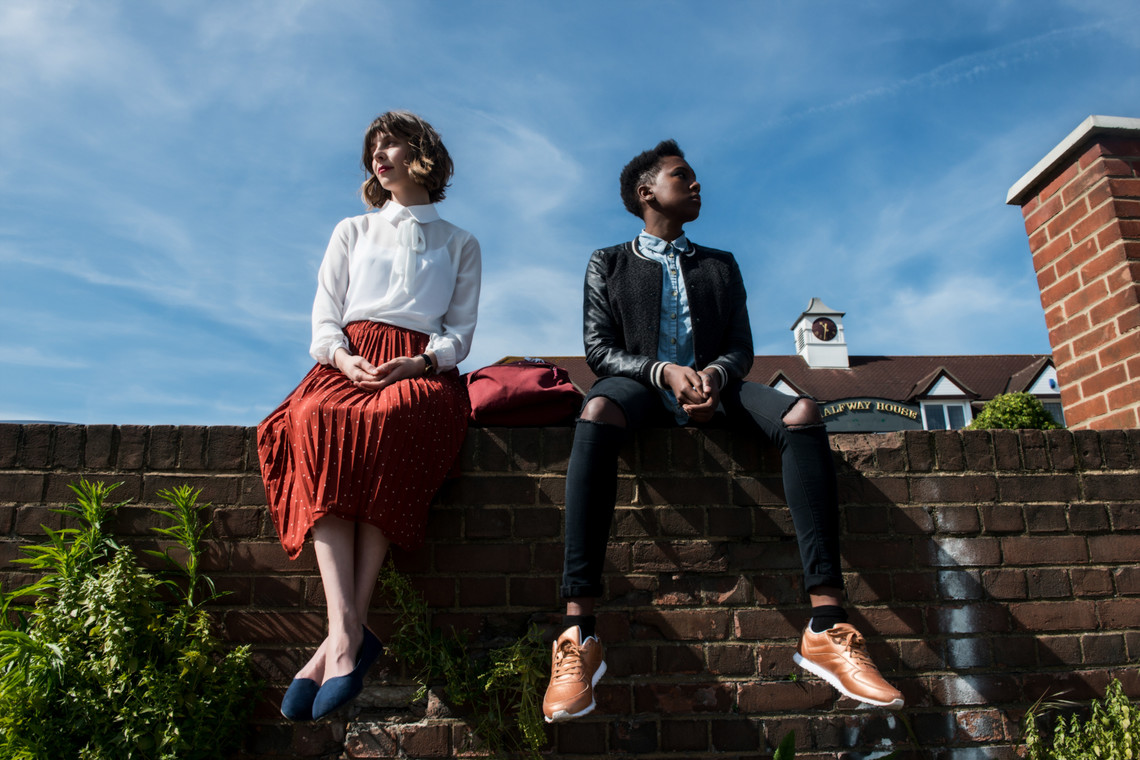 In a rural pub restaurant on a busy motorway, same-sex couple Brona and Alex await the arrival of a man named Karl.