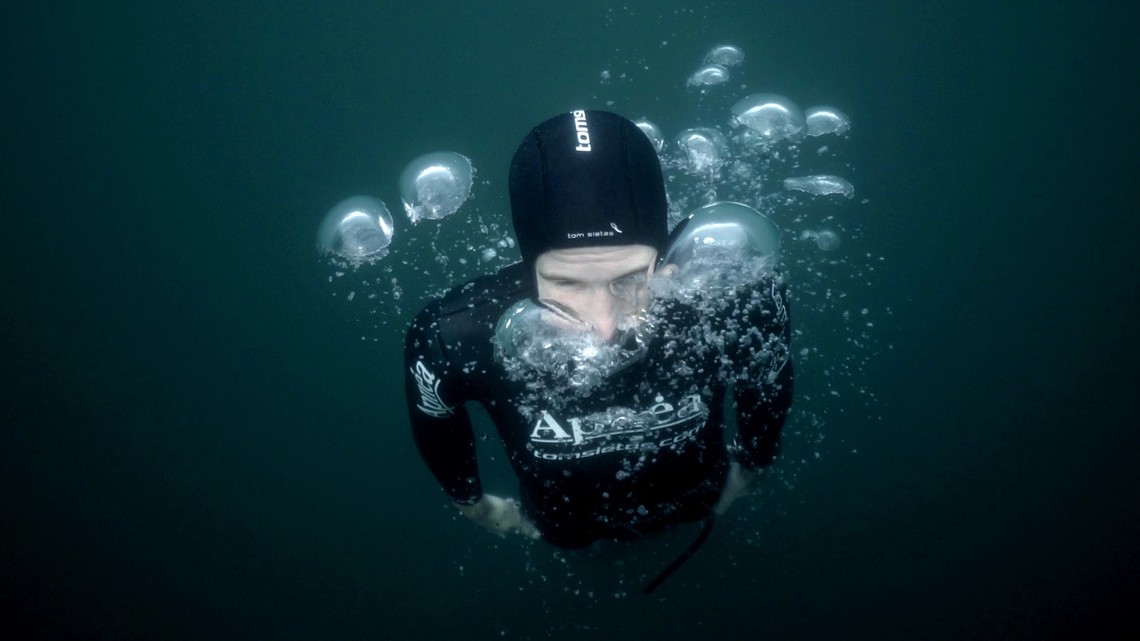 22:22 takes as its central character the world record holder for static apnea, (the ability to hold one's breath under water), which stands at twenty two-minutes and twenty-two seconds. This phenomenal feat has confounded scientists worldwide. By combining documentary footage of a dive attempt with fictionalised scenarios, the film interweaves the experiences of the diver with three other characters; a composer and two dancers. The film investigates, through visual montage, movement and voice, the characters' abilities to use performance to access heightened psychological states, highlighting the contradictions they experience between the desire to withdraw from life or to actively perform within it.